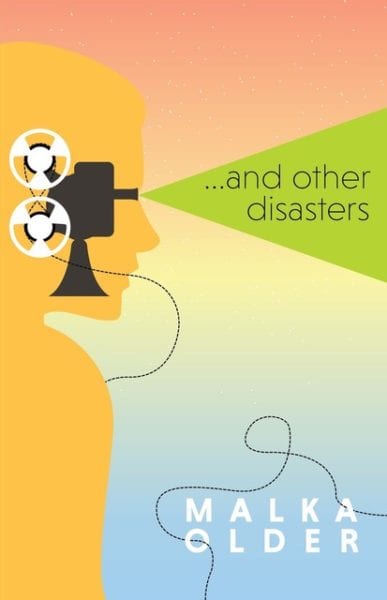 It’s hard to do much better in describing Malka Older’s unusual new collection, “…and Other Disasters,” published by Baltimore-based Mason Jar Press, than sci-fi king Bruce Sterling, who commented that Older is like “a psychoanalyst in a planetary refugee camp.”

Older’s gift for imagining the emotional aspects of various futuristic situations shines in eight short stories – among them, one about parents who have implanted a “black box” offering permanent, perfect recall in their child’s brain; one about tourists setting up to view a predicted “rupture” of the earth’s crust; one about a “brilliant young star of what they called the Very Foreign Service” meeting the alien leadership on another planet (which turns out to be all female); the inner monologue of an emotionally intelligent robot testifying at a hearing about whether its funding will be continued. One story is set in the recent past: a Customer Relations Liaison at an email provider deals with requests to unlock the accounts of the dead. “She wishes she could call up someone at AOL or Compuserve to find out what their policies on dead people are.”

Streaking through the pages between the stories are three poems and a narrative in seven quick sections, called “The End of the Incarnation.” These vignettes imagine with a splash of black humor what happens after the rule of a demagogue that results in the collapse of the United States. “For a while, it looked like San Francisco would become its own nation….” The DC-based government “decamped for Kansas City.…” The true demise of the country is dated to the moment “when the ideal of rights regardless of birthplace was extended to be universal.”

Older’s doctoral dissertation was on “the dynamics of post-disaster improvisation in governments” and she works at the Carnegie Council for Ethics in International Affairs as a Senior Fellow for Technology and Risk. These are impressive credentials for a writer of speculative fiction. Older won wide acclaim for her recently-completed sci-fi political thriller series. Its inaugural volume, Infomocracy, was named one of the best books of the year by Kirkus and The Washington Post; the series was a finalist for a Hugo award.

In a starred review, Publishers Weekly said of “… and Other Disasters”, “Each of these imagined futures are alive with unnerving plausibility. Fans of thoughtful speculative fiction will relish this lyrical, emotional collection.” We caught up with Older by email to ask a few questions.

Baltimore Fishbowl: In the Acknowledgments, you thank Mike Tager – an alumni of the University of Baltimore MFA program, and co-founder with Ian Anderson of Mason Jar Press, for giving you the idea for the book. What was the idea for the book? and how does it differ from an idea you might have come up with yourself? 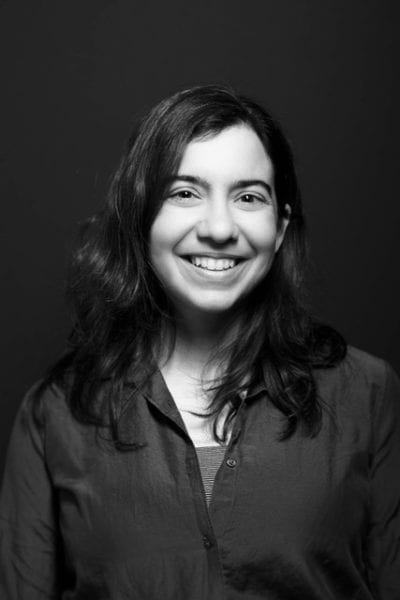 Malka Older: Honestly it hadn’t occurred to me to put together a book of short stories. Beyond that, Mike and the team at Mason Jar Books came up with the idea of dividing up one of the stories (“The End of the Incarnation”) into short sections scattered through the book, which seems to have resonated for a lot of people, and they were very open to adding poetry as well.

BFB: Can you tell us about your work at the Carnegie Council for Ethics in International Affairs? What does a Senior Fellow for Technology and Risk do? It sounds like a job someone would have in one of your stories.

MO: I’ve spent a lot of time working on disaster and risk in various ways , from disaster response and preparedness with international non-governmental organizations to my dissertation on how governments improvise after disasters. The Carnegie Council position came about after I had done some work on the Fukushima Dai-ichi disaster for the French nuclear safety institute. The Carnegie Council was working on a large global project about ethics and technology and they specifically wanted someone to unpack the issues around the nuclear accident specifically and the interaction between technology and risk more broadly.

BFB: What is an example of a government improvising after disaster?

MO: This takes many forms. I studied governments that had plans for disaster but found that they didn’t work for one reason or another – maybe they depended on communications hat no longer functioned, or maybe they omitted tasks that needed to get done (in both Mississippi and Japan, for example, governments found themselves needing to clean up chickens and fish, respectively from destroyed processing plants or shipping facilities that had been scattered over the countryside and were causing serious problems); or maybe the hierarchies the plans described simply didn’t work – were too slow or fell apart when one person was missing. Those governments, for the most part, found new ways of working.

BFB: Can you talk a bit about the three poems in the book – the situations are less specifically defined than in the stories, yet the emotions they express seem to arise from similar hypothetical futures.

MO: The poems were all written much earlier than the stories, but when the editorial team and I picked some of my poems to include, I felt like each of them resonated quite specifically with several of the stories, so we arranged them to pair that way. For example, “Expatriat” is closely related to the issues of “The Divided,” but from a different, almost opposite perspective. “It’s Getting Wild Out There” has an important mother figure, like “Perpetuation of the Species” (and “Saint Path,” for that matter – it could have gone after either.)

BFB: Ah, cool. Why did you decide to present “The End of the Incarnation” in pieces, spaced through the entire book?

MO: As I mentioned, that was in fact the idea of the publishers; they thought the pieces and their progression would work really well in that episodic way, and after I read it, I agreed. It gives the book a kind of through-line that connects the other, much more disparate (from far-future to near past, dark fable to alien encounter) stories.

BFB: What are you working on now?

Older has recently published op-eds in The New York Times and The Nation. A full list of her publications is here. … And Other Disasters is available from Mason Jar Press.