As every memoir should, Paige Schilt’s “Queer Rock Love” opens in a bar in Austin, Texas when she first sees her future partner, Katy – clad in a full beard and prosthetic “man chest” – performing onstage with her Xena-inspired rock band The Raunchy Reckless. Instant passion turns quickly to real love, messy, mundane and sometimes harrowing. Schilt’s memoir explores challenges to which many readers will relate: loving someone  with a serious illness, wanting a family and community and doing whatever it takes to make that a reality, finding the resilience to survive life on a day-to-day basis.

Schilt dives into her relationship with Katy headfirst, making her conscious decision to turn the limelight away from sexuality and gender an obvious one.

“A lot of old-school trans partner narratives focus on secrets and discovery and coming out,” Schilt said. “I wanted to tell a different kind of love story, one where my partner’s trans identity and embodiment was part and parcel of my initial attraction to her. That’s why the opening scene of the first chapter begins with Katy on stage in a full beard and prosthetic man-chest. There’s really not much coming out to be done from that point, and it’s a moment that’s saturated with desire.”

“A moment saturated with desire.” Anyone who’s ever re-manifested themself as a gender different than the one assigned at birth can easily appreciate Schilt’s perspective. As a genderqueer individual myself, it drew me right in; it’s something I, personally, have always hoped for: to be desired in my truest form.

Gender and sexuality remain, however, important themes throughout the memoir, as do the issues of family and unconditional love. Paige makes herself increasingly vulnerable throughout the narrative – not only while caring for Katy, who suffered from the debilitating side effects of Hepatitis C treatments, but while caring for their son, Waylon, as well. I asked her to elaborate on what it was like to express such insecurities, and about whether or not she’d discovered more about herself in the retelling process.

“When I write myself as a character, I tend to magnify my neuroses. I feel like parents are constantly dealing with fears and insecurities: ‘Am I doing this right? Am I going to mess up my kid?’ For queer people, those fears can be even more pronounced because we’ve been told for so long that we’re going to destroy the family, that we’re harmful to minors. I wanted readers to be able to identify with my character’s worries and, hopefully, find some kind of reassurance and inspiration as she faces her fears.”

Motherhood is a big part of “Queer Rock Love” insofar as, like the other themes, it’s part of Schilt’s narrative to which I found myself – the most not-motherly of all not-mothers – easily relating. Suddenly, I, too, was navigating birthing class and, later, fraught over my troubles with breastfeeding. Schilt’s telling of these experiences invoked in me the kind of connective tenacity I typically reserve for in-the-moment freakout sessions.

“I wanted to put shame front and center in the memoir. I wanted to confront shame head on. The shame of certain parts of motherhood,” Schilt said. “And how mothers can invoke shame sometimes. Mothers, they’re universal concepts, and they can be particularly troublesome for the academically and analytically-minded. They’re also wonderful.”

Paige and Katy’s mothers are both forces in “Queer Rock Love.” Whereas Katy’s mother gave up (and did so gladly) on her hope that her daughter would ever be feminine by the time Katy was ten, Schilt’s mother was a more reserved, though well-intentioned, harried woman who fretted over the pantry moths plaguing Paige and Katy’s homestead. Still I could see someone important to my life in both of these women, which is a testament to Schilt’s relatable writing style.

Not only does Schilt manage to take the intimate and make it universal with her writing, she also successfully does the opposite – she takes the universal and makes it pertinent to just the reader. Part of the memoir takes place during Texas’s Proposition Two 2005 referendum. The referendum provided that marriage in the state of Texas was recognized only as between one man and one woman, thereby effectively banning gay marriage. It passed in April of that year.

Now that gay marriage is nationally recognized as legal, I asked Schilt what is was like to look back on obsolete issues such as Prop Two and write about them.

“Oh, they’re not obsolete,” Paige said seriously. “For example, Houston passed an equal rights ordinance last year that allowed transgender individuals the right to use their preferred choice of bathroom. Even though it passed, it was appealed and will soon be put to a vote in the next election. The fear-mongering, especially with trans issues, is very much a problem.” But Schilt didn’t make me feel ashamed for my question. “I just wanted to show myself as politically engaged in the book though,” she explained, “even through something as big as Katy’s illness. Because that was really important to me. It always has been and it still is.” 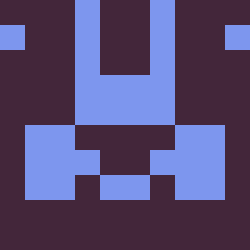