But who needs Dickens when you can have Roddenberry?  Have you ever seen that episode of “Star Trek” where these two groups of people just hate each other because one is white on the right side of their bodies and black on the left side, while the other is black on the right and white on the left?  Pretty silly of them to wage all-out war with one another over such a minor difference, right?

But if one group of people were black on one side of their bodies and gold on the other side, and the second group black and purple?  Ah, then it would all make sense.  In that case, who could blame these mortal enemies for fighting to destroy each other?

At least that’s what we have to tell ourselves.  The NFL season is just around the corner, and the first game of the regular season pits your beloved Baltimore Ravens against the dastardly, villainous, and altogether evil Steelers–the football representatives of that backwater, culture-free, hillbilly-infested town located so many light years away from Baltimore.  Or at least 196 miles, as the Raven flies; but who’s counting?

Of course, to Captain Kirk, there was no meaningful difference between his two black-and-white guests on the Enterprise.  But to those with a truly discerning eye, these two cities must seem terribly, terribly different.

For example, one was built on a foundation of heavy industry, but has a future focused on high tech startups and medical discoveries.  Its past was shaped by its role as a crucial shipping port and rail center, with centuries of immigration and influx bringing wave after wave of people into a uniquely dynamic American melting pot–even if it didn’t always melt so well along neighborhood boundaries and across ethnic divides.

That city today is home to a surprisingly vibrant arts scene, highbrow and underground alike.  Yet it can boast that it’s one of the most “livable” cities in America.  It’s occasionally overshadowed by larger urban centers nearby, but has a justified sense of slightly parochial pride–paired, paradoxically enough, with a humility that borders on a clinical inferiority complex.

And the other city is Baltimore.

The parallels don’t stop there.  People in both places talk funny, with an accent that’s a strange and fascinating blend of mixed European basenotes, East Coast pace, and Appalachian twang.  Whether its Bawlmerese or Pittsburghese, both populations can agree that a week down the ocean is the best way to spend summer vacation, hun.  Even if yinz go down the Jersey Shore instead of down Ocean City if you’re from da Burgh.

And what should these people talk about incessantly other than their sports teams? Especially the hard-hitting, downright ferocious defenses on their lunch-pail-toting local football teams.  Better that than wasting breath on their downtrodden, long-suffering baseball teams. The ones that before being run into the ground by bad management recently, and starting to turn a corner even more recently, just happened to link up with each other in not one, but two World Series, three and four decades ago.  No, better to spend time talking about the football teams, who just happen to link up twice a year, every year, and in two of the last three postseasons.

Familiarity breeds contempt, it’s true.  And even if one place has harbors and another has rivers, these two places are about as familiar as it gets.  They are, for lack of a better cliché, two blue-collar cities “separated” by a common heritage, common language, and common pastime on Sundays each fall.

Myron Cope was a Pittsburgh sports icon who served as comic relief on Steelers’ radio broadcasts, but the clowning was an act.  He was a gifted sportswriter who provided many memorable stories for Sports Illustrated when it meant something to write for that publication.  Once he wrote about the time in the 1930s that Pitt and Fordham battled to a scoreless tie each year for an incredible three football seasons in a row.  He famously related that to what he chalked up as the old saying, “playing a tie is like kissing your sister.”

Well, pucker up Baltimore.  Football season is upon you once again, and your first guests are those no good, dirty Steelers from that municipality so incredibly like your own you can’t even see the similarities.

Matt Wood is a Pittsburgh native living in Washington, DC, and won’t even remind you who won those two World Series or those last two playoff games. 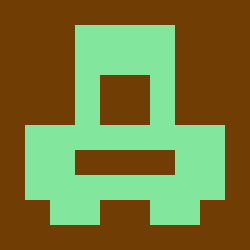