Summer camp—that annual repository for poison ivy and mosquito bites, gimp friendship bracelets and macramé plant hangers, homesickness and summer love—has gone boutique.  These days, kids can put a new twist on textiles at art camp, trade rock climbing for rock and rolling, and become Broadway—rather than Outward—bound.  And for kids who couldn’t get enough of school, there’s an academic camp just like it.

Does your daughter recite lines from movies she’s seen only once?  Does your son still like to play dress up?  Gloria Krutul has a camp for that.  The piano teacher and choir director runs Three-Ring Theater, a year-round musical acting camp and after-school program.  Summer sessions for kids age five through teen are two-to-three weeks long.  With the help of experienced student assistants, Gloria teaches campers to sing, dance, and act—all toward the goal of performing in an end-of-season musical.

Cassidy Vogel has been a student director for three years, but she was an eight-year-old camper when she first joined Three-Ring seven years ago.  What she likes best is how it creates independence.  “We learn to do all the things on our own; there’s not a bunch of adults doing it for us.  We learn the tech stuff, costuming, sound—everything.”  And all campers participate as much as they want.  There’s even a little theater for kids 5-8.  ($690, Little Theater—$325)

And don’t forget local colleges, which often feature interesting outlets to occupy your kids’ days.  CCBC gives kids 8-13 lessons in all things theater—singing, dancing, makeup, costuming, and critiquing.  Plus, if your child has ever threatened to run away and join the circus, you can make her trek more likely to succeed with one-week circus camps that teach the fine art of clowning around. (Three Weeks—$629; Four Weeks—$786; Circus—$259)

Ahoy, matey!  If your kids can’t get enough of the water, whet their appetite for adventure on the not-too-high seas of the Chesapeake Bay at sailing camp. During one of the week-long Downtown Sailing Center day-camp sessions, children learn techniques on both wet and dry land that will nurture love and respect for the water and its crafts, while encouraging safety above all else–which feels especially important, in light of the recent tragic death of the Annapolis sailing student.  At the end of each session, campers test their skills in two-seater dinghies.  For a more extensive ride, kids can live on a sailboat with a Coastguard captain for a week, while learning the ropes—from steering to anchoring and everything in between.  (Day Camp-$400; Overnight—$950)

Brainiac kids—those who score above the mean on your SAT or ACT tests (and don’t have to look up the alternate definition of “mean”)—can join their bookish buddies at the Johns Hopkins CTY camps.

CTY camp is like regular school, it’s also a lot like college.  Mia J. Merrill, a junior at Park starting her fifth season, appreciates the imaginative course variety. “Instead of just English or just biology, you can take Utopias and Dystopias (a lit course),” Mia says, or you can take Neuroscience.  What Mia likes best about CTY camp are the far-out courses and comforting/quirky traditions.  For instance, near the end of every dance, “Stairway to Heaven” streams, and “American Pie” is always the final song.  “During ‘American Pie,’ everybody holds hands in a huge circle in the beginning, but then we all run into the center.  Everybody knows all the words, plus we have callbacks and gestures.”  One of the few things she hates about CTY is that cell phones are off limits everywhere but the dorms.  Hey, they may be your brain surgeons tomorrow, but they’re still your teenagers today. (Prices vary; inquire via the website.)

If you’ve caught your kids playing air guitar or singing into the hairbrush at least as many times as they’ve caught you, forget the camps with rocks and find a camp that rocks. At DayJams, kids and young adults 8-25 take instrument lessons (guitar, bass, drums, vocals, keys, and horns), write songs, design logos and posters, and go to band practice.  Guitar hero and shredmaster Tobias Hurwitz founded the camp more than a dozen years ago.  (One Week—$600; Two Weeks—$1,140)  Likewise, School of Rock, with sessions in Baltimore and Annapolis, has similarly structured camps, though each is focused on a particular band or, for the more experienced musicians, the crafts of songwriting and recording. (Music—$495; Recording or Songwriting—$795)

Music camp isn’t limited to rock.  Check out other note-worthy programs, such as the Drumset and Percussion Camp at Goucher College, Bethesda’s Bach to Rock, the Baltimore String Orchestra Camp at Garrison Forest School, and music camps at McDaniel College in Westminster.

You may have enough friendship bracelets, but you can never have too many magic lanterns.  Visionary Art Museum’s summer camp can light up summer days and nights, with week-long workshops in Magic Lantern making, screenprinting, and stop-motion animation.  (Call for pricing: 244-1900 x232) And if those courses don’t float your kids’ kinetic sculpture boats, enroll them in the Young People’s Studios Summer Art Camp at MICA.  First through twelfth graders can choose from courses like “Lines, Dashes, Dots! (Grades 1-3), “Kinetic Art: Kites, Mobiles, and More (Grades 3-5),” and “’Scapes’ from Observation and Imagination (Grades 6-8).” High school kids can take courses designed to help them prepare their portfolios.  (About $290-$320 per course.)  For more artsy craftsy summer sessions, check out the Walters Art Gallery and the BMA, as well as other local museums and universities. 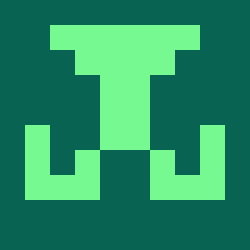