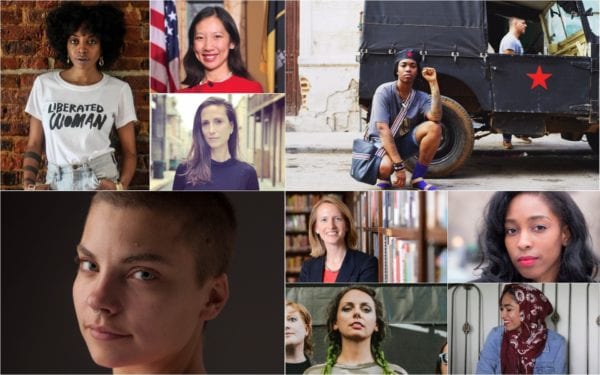 Click the image above to go to the profile.

“I do have the long view. And what I'm now beginning to think is sexual harassment seems to come and go in the public consciousness in waves,” Lin Farley, who popularized the term “sexual harassment” in 1975, told NPR last November, amid the #MeToo movement and the ongoing rush of stories about workplace sexual abuse and harassment.

There were several landmark cases in the 1970s and ‘80s—including the first sexual harassment case to go to the Supreme Court, with Mechelle Vinson’s lawsuit against her former employer, Meritor Savings Bank. In the suit, Vinson, a bank teller, alleged that her supervisor had raped her several times, and through persistent coercion, sexual harassment and abuse he had created a “hostile work environment.” She had “yielded [to him] out of fear for her job,” according to the The New York Times’ reporting on the case in 1986.

Through Vinson’s case, the Supreme Court affirmed that sexual harassment is an illegal form of sex discrimination, under Title VII of the Civil Rights Act of 1964. Catherine MacKinnon, whose 1979 legal argument “Sexual Harassment of Working Women” helped shape later policies, wrote recently in a New York Times op-ed that simply making something illegal doesn’t make it stop. But the #MeToo movement, she wrote, has been able to accomplish something else. “Structural misogyny, along with sexualized racism and class inequalities, is being publicly and pervasively challenged by women’s voices. The difference is, power is paying attention.”

So there was the wave of the 1970s, Farley noted on NPR, and then Anita Hill’s testimony in the early ‘90s about Clarence Thomas’ repeated sexual harassment. “And then now we have this wave with the whole Roger Ailes and O’Reilly and Weinstein,” Farley said. “We do see something different, I think, this time. And that is the reason that we’re seeing this whole upsurge of activity—is because of a harasser, not a victim.”

It is true that over the past several months, there has been much more attention on the harassers in many of these high-profile cases: often rich, white, celebrity men were losing their jobs, and we knew the details of their horrible behavior. But on the ground, at the same time, it felt like survivors were doing all of the work. That morning in October when #MeToo started to take over all of my social media feeds, I felt a lot at once—support and solidarity with those choosing to share their stories, and anger at the expectation that it was up to survivors to share our stories with the public, in the hopes that those with power to change it would finally hear it and change their behaviors.

There are still so many people who simply can’t share their stories because it is not safe for them to do so, or they’re contractually obligated to remain silent, or there was no one to hear them or no promise of change.

But a critical mass demands attention, demands consequences. So what follows here is a series of conversations with women in Baltimore who come from various backgrounds and different industries. They talk about the intolerable behaviors they’ve experienced, often at the hands of men. What their stories demonstrate is that while workplaces may be rife with harassment and abuse, the forces that harm us are not confined to our checkout lines or cubicle walls. They follow us out the door and onto the street, into our homes.

These stories also press on some of the finer points of the movement, calling for individual, structural, and political change: Our workplaces are structured to abet harassment. Sexual abuse is dismissed and stigmatized in more marginalized communities. How people present themselves or their sexuality doesn’t give anyone license to mistreat or disrespect them. How are we supposed to deal with abusers and harassers—what can accountability look like?

Lin’s “waves” metaphor is apt—it has been several months now of reckoning, but also decades, and also centuries. As the frequency increases, whom have we not yet reached?

All entries by Rebekah Kirkman except where noted.

The Baltimore Museum of Art has added seven new trustees to its board, including a policy analyst and congressman’s wife, a Baltimore City delegate and a nationally known contemporary artist.