There’s snow on the ground yet I’m up in the middle of the night thinking about summers playing baseball with the neighborhood kids in Govans and Glyndon nearly 55 years ago.

There was absolutely no little league organization or adult supervision of any kind. None. This tree was first base, this rock was second and that tree or bush was third. Home plate was an old discarded board someone salvaged, and once, someone’s dad painted it white. Whoa, we were going big time. There would be seven, eight even ten kids some days. We were the boomer generation and our parents had big families. On other days when only a few guys showed up, we would play home run derby, or step ball on the back porch steps. There was always something.

In the middle of those backyard games of my boyhood, we’d take maybe a fourth inning stretch and go to the neighborhood corner store called Hannah’s. It had a penny candy counter, puffed up white bread and hamburger rolls, pickled onions and pig’s feet, sodas including Almond Smash and Yoo-hoo, two favorites of 1961 and 1962, and the notoriously bad cold cuts of mid-century non-Jewish or Italian Baltimore, including head cheese, a gelatinous block of every pig part but the squeal that no one under 80 years old eats today.

This is was the pre-Beatles, pre- hippie, pre- civil rights, pre- Kennedy assassination Baltimore, where working class and middle class whites and African Americans lived side-by side, sometimes separated by a side of the street, an alley or park, where blockbusting was just beginning, fueled by long entrenched racism, when the Colts were gods and the Orioles not far behind (They hadn’t won their first modern age World Series yet. They would sweep the Dodgers in four games in 1966.), when you could get a streetcar on York Road, a Creamsicle or Nutty Buddy from the Good Humor man in his white truck with the ringing bells, cakes, pies and donuts from the Rice’s Bakery man, and every kind of fruit and vegetable in season from the AAAY-rabs (my own phonetic construct) and their horse carts.

But it was unorganized, dirtball baseball that defined and punctuated our summers the most and fostered a love of the game that even my son will never understand in this day of hyper-organized kids’ sports. I guess that, and the fact that it’s been a particularly long and mean winter, is what makes me look forward, especially this year, to opening day, when you have that first cold beer and a mostly warm hot dog and every team has an equal chance of winning it all in October…or is it November these days? Boy, I’m ready. 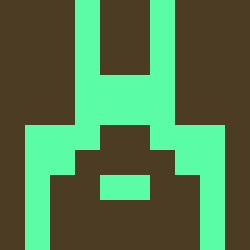