When Joy Davis opens the doors to her new Waller Gallery this week, it will mark a sort of homecoming. After a time away in New York, where Davis earned her master’s in fashion and museum studies from the Fashion Institute of Technology, the Baltimore County native has returned home to establish an arts enclave devoted to amplifying the voices of marginalized artists, and to further the legacy of black-owned business in Charm City.

“I think it’s important to have black- and brown-owned galleries and cultural spaces, and to continue that legacy,” says Davis, 29. “It’s not just about black- and brown-owned galleries, it’s about what kind of art they’re showing, and generally speaking, what is the art community showing, and it’s mostly been white people. But I’ve seen a shift happen in the last three years, so I just want to contribute to the momentum.”

The show’s title comes from a 19th-century diagnosis foisted on slave populations in the United States, pathologizing their desire to escape slavery.

“‘Drapetomania’ says there’s a disease because [slaves] wanted to leave,” Davis says. “It was really Nia who pushed ‘Drapetomania’ forward and created a narrative around her work. I’m excited to explore how effed up the word is. That general understanding of diagnosing something to make yourself feel better, from the perspective of the colonizer. Especially when we talk about South America and the Afro-Latino and Latina community, and colonization.”

The exhibit, Hampton’s first solo exhibition, is an expansive documentation of the photographer’s journeys through diasporic Afro-Latino communities in South America, particularly in Colombia, Ecuador and Brazil.

“She’s capturing all generations in her photographs. She’s connecting the liveliness of a music festival with the importance and liveliness and energy in a lot of the protests that she went to. You can feel it and see it,” says Davis. “And I think in some ways it plays up this idea of what millennials go through, our existential crises that everyone loves to write thinkpieces about.”

Concurrent with the run of “Drapetomania,” the Waller Gallery will host Hampton’s newly-launched Black Femme Supremacy Film Fest on May 5. The call for submissions from black femme-identified filmmakers closes April 20, and the excitement Davis shows for her upcoming programming is palpable.

“Not everybody can use their space for programming like I want to do. I have another voice to lend, and I also have resources that maybe [other galleries] don’t have. [In contrast], other people can put on more extreme shows than we can. I just think that it’s good to keep growing,” Davis says. “Representation matters, and also representation pisses people off. So I don’t see any friction, I just still see a lot of white art on the walls. I’m hoping to work that, to challenge that.”

Subsequent programming will include an exhibit of work from New York-based Joaquin Esteban Jutt; an embroidery show; and “Strength In Practice,” a collaboration with CA Gallery for which submissions are open through May 15.

Davis’ upbringing in Baltimore and the surrounding counties, as well as her education in the New York art world, has given her clear perspectives on the connections she hopes to draw between artists and audiences.

“It’s taught me enough to listen when I don’t have the right perspective. It’s a skill that needs to be honed over time because not everybody’s going to talk like you or think like you. But you develop a language to talk to everyone, or try. That’s what we do with the podcast too,” says Davis.

Davis also co-hosts “Unravel,” a podcast investigating the history of fashion, and she hopes to also include a fashion-focused show within the Waller Gallery’s first year.

And given the emphasis placed on the arts during her youth, Davis hopes to expand into providing after-school youth arts programming.

“There’s a strong current in our family around education and the arts. So maybe I was always destined to do something like this, and that’s all wrapped up in that name,” Davis said. “Waller is a family name on my mom’s side. To me, Waller Gallery represents my grandmother, who is a very strong black woman, still is to this day. She’s a G. I’m excited to see what she thinks.”

Davis acknowledges the family support that has helped manifest her project, particularly the support of her mother, Sandra McMillan.

“It actually started with my mom, so I have to give her the most credit. She originally wanted to set [a gallery] up in Philadelphia, but she lives here. I was like, you should do it in Baltimore, and she [said] that’s a great idea.”

After two years of searching for locations, Davis landed on the Calvert Street address that will serve as her home as well as her gallery space, making the Waller Gallery a homecoming project in more ways than one.

“Opening a gallery in this era of time is a very selfish endeavor. Yes, you’re giving an artisan space, but your name is on the door. I’m not devoid of that realization,” says Davis. “That being said, I’m ready to be inspired. I’m ready to work with, like, kids that have vision, because I know that there’s a lot of them here, especially with organizations like Baltimore Youth Arts creating these pockets and spaces for ownership and worth. It feels very nourishing and fun.” 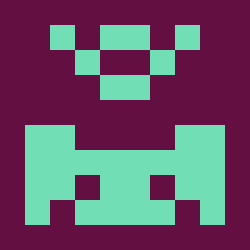