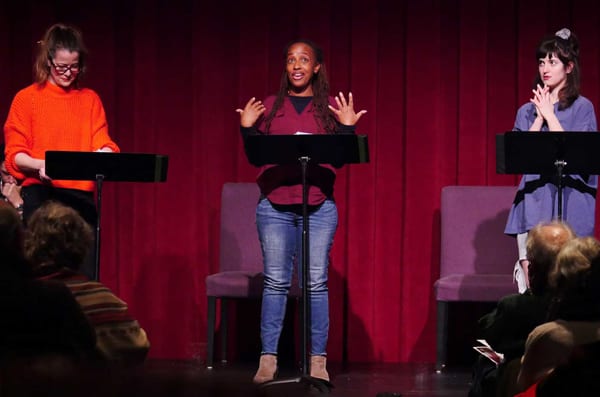 If you’re looking for an affordable night out and want to try something new, make your way to Everyman Theatre​ in downtown Baltimore. Everyman’s 2​019 Salon Series​ starts Monday, September 9,​ and continues on select dates through December. Each evening highlights a new play written by women, directed by women, in a one-night-only performance.

These unique events transform attendees from passive audience members to artistic co-creators who get a front-row peek inside the acting and directing process. Add in a relaxed atmosphere, the chance to mix and mingle with actors and directors, and a cash bar, and you’ve got all the ingredients for a fun, memorable evening.

This year, Everyman Resident Company Members ​Megan Anderson​ ​(currently in P​roof)​, Deborah Hazlett​ ​(Everything is Wonderful, Sweat)​, ​Dawn Ursula​ (​Queens Girl in the World, Sweat)​, and ​Beth Hylton (Dinner with Friends)​ are taking the helm. Plays from the Salon Series are often brought to the mainstage in subsequent years; ​Be Here Now,​ Everyman’s fourth play in their 19/20 season, was a 2018 Salon Series pick that the audience adored. 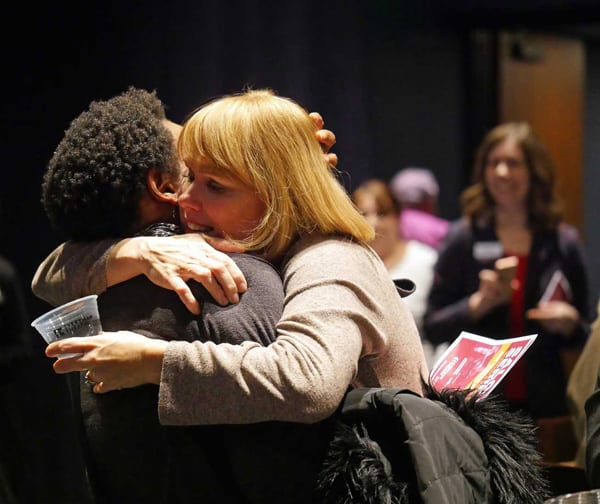 Staged readings strip away the trappings of theatre—there are no sets, no costumes, no choreography or flashy effects to distract from the actor’s performance, though stage directions are read out loud.

There’s not really much rehearsal time, either. The actors and director connect for the first time mere hours before their performance. This condensed process results in a raw and instinctual interpretation of the script and highlights the playwright’s vision versus a rigorously rehearsed and designed production.

“What we love most about the Salon format is that it pulls back the curtain—literally!—and gives our audience a peek inside the theatre artists’ process: they are witnessing our very first instincts in approaching a script” says Resident Company Member Beth Hylton. “The audience gets folded into the deeper meaning of each play, as well as to the creative process of the artists who craft it.”

“Salon is a great and affordable opportunity to experience exciting works, all specifically selected, written, directed, and hosted by women”, says David Kanter, age 25.  “It’s fun to see the acting company and other guest artists stretch their artistic muscles. Many of us who’ve attended before now recognize each other and say hi, it’s a little community.”

Eleanor Burgess’ ​The Niceties,​ ​the story of an older white professor and her young black student challenging norms behind the way we view history. Rounding out the season is ​Alabaster​, by local playwright Audrey Cefaly,​ chronicling the relationship between two very different women… and their goats. 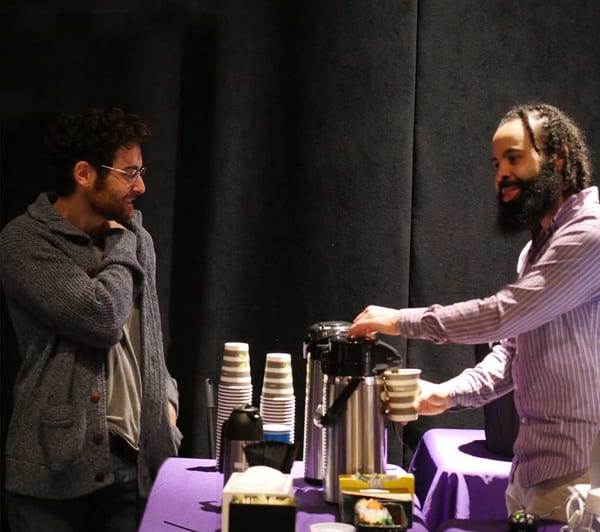 THE NICETIES
by Eleanor Burgess; directed by Megan Anderson
September 9​th
When Zoe, a black student at a liberal arts college, is called into her white professor’s office to discuss her paper about slavery’s effect on the American Revolution, a polite clash in perspectives explodes in this “bristling and proactive debate play about race and privilege in the United States.” ​(The New York Times).​

TINY BEAUTIFUL THINGS
by Nia Vardalos ; directed by Deborah Hazlett
October 7t​h
A richly funny, uniquely uplifting new play from actor and author, ​Nia Vardalos (M​y Big Fat Greek Wedding)​ ​based on ​Cheryl Strayed’s​ ​(author of best-seller W​ild)​ ​book of the same title. Thousands of people have turned to Sugar, an anonymous online advice columnist. At first unsure of herself, Sugar finds a way to weave her own life experiences with the deep yearning and real problems of her readers helping others navigate love and loss.

BLACK SUPER HERO MAGIC MAMA
by Inda Craig-Galván; directed by Dawn Ursula
October 28t​h
When Sabrina Jackson’s son is the victim of a police shooting, she retreats inward in this powerful and fantastical new play from I​nda Craig-Galvan​. Rather than herald the
Black Lives Matter Movement, Sabrina finds herself living out her son’s comic book superhero fantasies. Will Sabrina stay in this dream world or return to reality and mourn her loss? Galvan has written for the hit series H​ow To Get Away With Murder.​

ALABASTER
by Audrey Cefaly; directed by Beth Hylton
December 9​th
A noted photographer sets out to explore the topography of “scars.” Her journey lands her in the mysterious realm of an undiscovered folk artist hiding away on a small farm in North Alabama with her two goats. This intimate and funny portrait explores the meaning and purpose of art and the struggle of the lost and tortured souls that seek to create it. Written by ​DC-based playwright Audrey Cefaly​, ​Alabaster​ will be produced in 10 cities in the 2019/2020 season as a Rolling World Premiere.