In a special installment of “My Real Life Modern Family,” writer Patrice Hutton reflects funnily and philosophically on childhood Christmases past.

‘Tis the season, the season in which we’re reminded of our first failure of womanhood: never being cast as Clara. We grow up and lean in while learning that we can’t have it all, but years ago, we faced our first trial of womanhood. We’d stalk the mailbox for letters, or push toward the cast list, to see that once again we’d been overlooked for the role of Clara.

Our self doubt started here. We’d stare in the mirror, leotard-clad, and wonder what was wrong. As girls, stick thin, we’d ask ourselves if we were too fat to be Clara. But then one year, a larger girl would be cast for the part, debunking the theory that had us starting our Clara diets in July before August auditions. We’d step closer, letting our hair fall from its bun, and examine our faces.

Clara Stahlbaum, E.T.A. Hoffman’s young heroine, is typically 13 years old. She hasn’t aged since her textual birth in 1816 or her stage birth at the Mariinsky Theatre in St. Petersburg in 1892, brought to life by a Stanislava Belinskaya. Here we pause: a moment of hatred for that very first Clara.

We imagined that all successful women started out as Clara. Surely Ruth Bader Ginsburg and J.K. Rowling and Beyonce had been Clara. Surely being plucked from obscurity that early had meant something, had endowed these women with super powers. Surely portraying Clara — the whole reason for this darn ballet! — was the first step in getting ahead in this men’s world. End up a mouse or merely a tin soldier? No Harvard Law for you. Welcome to the plebeian masses; history books shall never contain you.

Our adolescence marched on like those tin soldiers. We won science fairs and scholarships and tennis tournaments. Sometimes we skipped ballet class. Sometimes skipping ballet class turned into quitting ballet. But whenever we didn’t win the science fair or get the boy, our mind returned to that first failure. We’d never worn the pink dress. We’d never clutched the Nutcracker in front of thousands. We’d never gotten to engage in the public act of badassery by hurling a shoe at the Rat King.

But know what? Years later, we women never cast as Clara are better at receiving rejections, be it literary magazines, men, or jobs. Time marches on, a thousand tin soldiers, and so do we. We lived out our Nutcracker days as flowers, Arabians, and snowflakes, every year growing taller to fit into our new, thicker skin.

Patrice Hutton is the director of Writers in Baltimore Schools. Her writing appears in Tin House Flash Fridays, The Hairpin, Prime Number Magazine, Mount Hope Magazine, Outside In Literary & Travel Magazine, and Public Books. She tweets at @patricey. 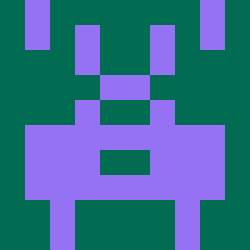