University of Baltimore MFA student Mandy May considers the messes of her past, present, and future–she’s so darned charming about it, you’ll want to help her sweep them up.

I tore into the room my older sister, Tara, and I shared. I was already screaming—guttural not princess. There were pink gingham curtains and matching twin beds. My anger burned at the center of my breastplate. It was irrational and sudden and molten under my skin.

Tara and I shared one desk. It had two seats and a cabinet in the middle that we shared. She divided it by shelf. On its surface, my side housed stacks and stacks and books and folders and mess and more mess.

I raged toward it, needing to destroy something. Making a mess was disorder I controlled. I clotheslined all that mess onto the floor, one sweep and it was a mountain in the corner. The papers fluttered and fell like soft napkins, like broken origami. This soothed me.

That mess sat there for months. I operated out of it, hung half my body over the desk to reach and sift for something specific that I needed. It reminded me, even at seven, that I did not have my shit together in unique ways.

I finally had to clean it up when Mom decided I could move my room to the basement, mostly because Tara was a bully and I was angry. But I wasn’t always angry. In fact, I was mostly mild-mannered, quiet, and introverted, but when my mood dipped it dipped so deeply—either severely low or irrationally mad. And while confused by the fluctuations, I seemed to have a well-simmered tolerance for it. I learned to live in it.

As for cleaning the corner, I had to climb over the desk and hop into the crevice. I smiled as I hauled the mess up in armfuls.

“I was wondering where that went…”

My room was always a disaster, though, and eventually my mom gave up any hope I’d pick up on her own ability to maintain any semblance of order. I was always late and always a mess. I slept until the evening sometimes, because I stayed up until the early morning. Still do.

It was quiet then, safer. I got to be alone. Insulated by my dad’s grey La-Z-Boy, I’d sit up until three in the morning watching whatever television came on. Being alone comforted me.

All I wanted was to exist unbothered, to rest and entertain myself, to let my room and my mess exist around me.

When I first moved to Baltimore, I had a roommate. It was the first time I had to share space with a stranger—and I knew how deplorable I was capable of being. It was her space, too. As someone vehemently protective of my own personal space, I wanted to respect her territory.

“If I get sick of seeing your stuff around, I’ll just pile up all your shit and throw it in your room,” Erika told me over a glass of lavender whiskey.

“That’s legit,” I nodded and promised to try to not let it get to that point. I knew it would though, and, to me, hers felt like such a reasonable response.

Except, I spread. My mess spread. It started in my bedroom, which I could shut the door on. Then, I was kicking shoes off in the front room, day after day after day. And, my coats were hanging on chairs. And, notebooks and books and laptops and papers were strewn in the TV area that only I really inhabited, and usually at night. And, then one day I came home from work and the counters were clean, the carpet vacuumed, my mess removed and dumped at the foot of my bedroom.

Erika and I parted ways at the end of our lease, because the landlord was raising the rent and it was already overpriced. We didn’t part ways because of my mess. We turned out to be rather compatible living partners.

I was moving into a studio apartment, just me and my cat, and I was terrified of myself. I was terrified of my ever-expanding mess. Without someone to police me, would I drown in my filth? Would I pay my rent? Would I self-destruct? I imagined trash everywhere, dishes stacked and molding, the acrid stench of cat piss overwhelming the air. I wouldn’t be drinking lavender whiskey and talking poetry. I’d be drinking four fingers of Evan Williams and dipping into one of my emotional lows that I couldn’t dig myself out of, getting frustrated with my mess, and throwing things across the room.

Drew, my boyfriend at the time, felt responsible for helping me pack. While the stress of gathering everything I owned and cleaning up after myself pecked away at my emotional stability, he helped me collect boxes, clear the kitchen, pack books. We moved furniture up to the door, took out trash. I was manic and it didn’t lead to productivity. I was anxious and useless. My mind raced. My heart pounded. My skin itched and crawled. I had to do it, though. It had to be done.

And it was a charming apartment, the new one, with high ceilings and a loft bed. It had a pleasant window that opened onto the alley. There was a fire escape, and I had always wanted a fire escape. There were two flights of narrow winding stairs that made moving hell, but the moldings were beautiful.

The process of moving sucked me dry, though. It was hot, so hot. My mess was as expansive in area as overwhelming in amount of possessions. Fifteen boxes of books. Two closets’ worth of clothes. A bed. A couch. Two tables. A desk. Two dressers. A side table. A recliner. A coffee table. A filing cabinet. Four bookcases. A kitchen table with four chairs. Two AC window units.

My parents and younger brother agreed to help me move. Three trips of a full Suburban, a small trailer, and my Volkswagen navigating through Baltimore’s one ways and ragged roads exhausted us. We bickered. We sweated full body sweats to move my mess. When I found the breath, I thanked them but it usually fell on a bed of thick, tense air. They didn’t say anything.

Drew ended up responsible for getting me unpacked as well.

“Mandy, aren’t you ever gonna unpack?” he asked as he sat inside a towering cardboard box.

I shifted my weight on my pink velvet antique couch. “Eh, I’m good.”

“Come on, we’ll just start going through one box at a time.”

“I already put my clothes away—everything else can just come out as I use it.”

“Don’t you think you’ll feel better once you’re unpacked and not surrounded by boxes?”

He made valid points. He was very logical. He started without me because he knew I’d eventually join him, and I did.

With his help, I emptied the boxes. I set up the kitchen that never got a table. I set up the 72” cat tree so my kitten could reach me in my loft bed. I set up the loft bed, throwing away my bed frame and box spring so that the mattress and I could both fit. I set up my furniture to create a horseshoe shape of movement. I was set up to stay indefinitely.

Indefinitely ended after two months though. My upstairs neighbor admitted to the landlord he was stalking me. The landlord relayed the information to me, explained this tenant’s past instability, and then proceeded to do nothing about the situation. Two days later, Drew broke up with me because we “weren’t really dating anymore.”

I drank four fingers of whiskey at a time, stopped eating, cried until my chest felt hollow and raw. During the day, I lay on my couch, face-down, unable to move, watching the room grow bright then dark then bright again until work or class forced me to get up. And it hurt. It hurt to move and breathe, and I wasn’t so sure it was worth all the effort anymore.

Within two weeks, I was in the psych ward.

I was there for seven days. Right before I went in, I started seeing a psychologist/ psychiatrist duo. Part of the conditions of my release was to resume seeing them and to never return to my old apartment. In addition to therapy, they prescribed Lithium.

Lithium softens. It softened the weight on my chest, the silt of depression, the flaring of irrational anger. My tremors weakened. Everything was softer. But all of this was damage control. Medication doesn’t cure. It treats. It makes everything a little more livable.

While I was in the hospital, my mom contacted my landlord, who agreed to pack and move me since he’d refused to make my neighbor responsible for any of his actions. When I got out of the hospital, I spent the weekend at my parents’ while my mess was transferred to my new home.

I imagined the landlord moving all of my books with a perverted sense of satisfaction and glee. I own a lot of books. I imagined him moving my solid hardwood desk down those curving stairs. He broke two of the towers off the cat tree. He did not pack the pin-up girl shower curtain that Erika let me keep because “it suited me.” He threw away my insulin.

Mom came back to Baltimore with me to help me sort my life back out. We walked into a small studio apartment filled with boxes to the ceiling and overturned furniture, and she reminded me to breathe.

She took charge like Drew had, started moving furniture around.

“If we get the furniture situated, it’ll be easier to deal with the boxes. Where do you want your bed?”

“I… don’t know.” I was probably pacing, cradling my head in my hands, trying to control my breathing. I helped her as much as I could, but she did most the work. She spent the night. The next day I had class. I came back and she’d been unpacking all day.

“I unpacked your clothes and set up the kitchen. Come check out the closet! I’m gonna leave the books for you to deal with.”

I face-planted my mattress, which still lives without a bed frame or a box spring. “I can’t.”

Six months later, I unpacked the last of the boxes, the “miscellaneous” boxes and the boxes full of art to hang on the walls. The art had been propped between the wall and the couch, leaning over the litter boxes. I’d had to shift these out of the way every time I cleaned the boxes. I arranged the frames by tone the way Erika taught me, aiming for a variety of shapes and sizes to keep it dynamic.

Since the Lithium, I better manage my mess. I’m more keenly aware of mold and sour smells. Still, the mess is a cushion, a comfort. The crunchy shuffle under my feet takes up space—the space another body might occupy. I sleep longer, filling up available cleaning time with naps. The clutter spreads at an inverse proportion to my emotional isolation. Then, I am sparked by a sudden and intense need to clean so I do so in a hurried, flushed state—until the trash is up and the floors are swept…and I might even remove the trash too.

And eventually, I’ll clean those up too. It has to be done.

Mandy May is a Baltimore-based poet and essayist from Fredericksburg, VA. She has three cats. 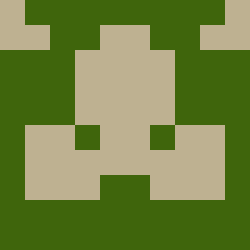 Latest posts by Mandy May (see all)