Capital News Service – Three Maryland couples – including Rep. David Trone and his wife, June – contributed more to federal campaigns this cycle than all the other 1.7 million reported contributions under $15 in the state combined.

The Trones, along with Stewart and Sandra Bainum of Howard County and Chani and Steven Laufer of Montgomery County, have given a combined total of over $8.3 million to House, Senate and presidential elections since the start of 2019, almost entirely to Democratic committees, according to Federal Election Commission records current through Oct 14.

David Trone represents Maryland’s Sixth District in the House and co-owns Total Wine & More, an alcohol retail chain. He gave over $1.4 million to federal races. His wife June gave over $830,000.

Stewart Bainum gave over $3.2 million. He is a former member of the Maryland General Assembly, serving in both the House and Senate. He unsuccessfully campaigned for Congress twice in the 1980s and considered a run for governor in the 1990s. Bainum leads Choice Hotels International, which has a presence in over 40 countries and was founded by his father. His wife Sandra, who has produced a full-length film and acted on Broadway, gave over $1.1 million.

Chani and Steven Laufer gave over $960,000 and $730,000, respectively. Chani is a former lawyer and journalist, and Steven is an economist at the Federal Reserve Board of Governors.

Only the Laufers gave any money to Republican committees, each contributing the maximum amount permitted by an individual to a candidate in a single election: $2,800, to Jeff Van Drew, a New Jersey GOP congressman running for reelection.

Michael J. Wallace of Annapolis appeared to be the largest Republican-leaning donor, giving over $340,000, including over $130,000 to committees supporting President Donald Trump and over $33,000 to congressional candidates in 10 states outside of Maryland, FEC records show. Wallace advises the president on homeland security as a member of the National Infrastructure Advisory Council.

The Trones, Bainums, Laufers and Wallace did not respond to requests for comment for this story.

Donors giving over $100,000 in an election cycle are part of an elite group, representing less than 0.00001% of the United States population, but accounting for over one-fifth of all contributions to federal elections, according to figures released by the Center for Responsive Politics in late September.

Wealthy donors may have a greater impact on policy-making, along with campaign contributions, according to research from Princeton University, the American Journal of Political Science, the Journal of Economics and Management Strategy, the University of Utah, and other organizations.

“The evidence shows that wealthy individuals have more political influence,” Tabatha Abu El-Haj, law professor at Drexel University’s Thomas R. Kline School of Law, told Capital News Service, adding “how much of that is a product of donations is less clear.”

Abu El-Haj said the influence of wealthy donors can only sometimes be directly traced to their contributions. More often, she said it is a consequence of an increasingly wealthy group of politicians who listen to and interact with other wealthy individuals.

“It’s not the money that gets (donors) the policy response, it’s the fact that their phone call is going to be picked up by the elected officials,” Abu El-Haj said. “Because they gave in the last election, and because they’ve been at the same parties.”

As the cost of campaigning increases nearly every cycle, Abu El-Haj said, those with elite backgrounds – disproportionately wealthy, white and often educated at top law schools – are more likely to be elected because these candidates tend to “have an initial social network that’s going to bring enough money.”

Over half of lawmakers in Congress are millionaires, according to a Center for Responsive Politics report last spring. The richest member may be Sen. Kelly Loeffler, R-Georgia, who is halfway to amassing $1 billion. There has not been a single non-millionaire president since Harry S. Truman in 1953.

Charlie Cooper, president of Get Money Out of Maryland, a volunteer group that opposes the influence of big donors in politics, said for wealthy donors, “campaign contributions are chump change.”

“They’re doing that for access,” Cooper said, adding that this comes with a tradeoff: when wealthy people have greater access to politicians, politicians “can only pay so much attention to their constituents.”

Cooper and the group he founded in Baltimore advocate for an amendment to the United States Constitution that would require regulation of money in politics “for the sake of political equality.”

The amendment, proposed in 2019 by Rep. Pramila Jayapal, D-Washington, would effectively overturn Citizens United, a controversial 2010 Supreme Court ruling decided by a 5-4 vote that limiting the amount of money that corporations and other outside groups can spend on elections threatens the First Amendment right to free speech.

“When Government seeks to use its full power, including the criminal law, to command where a person may get his or her information or what distrusted source he or she may not hear, it uses censorship to control thought,” Justice Anthony Kennedy wrote for the court’s majority. “This is unlawful. The First Amendment confirms the freedom to think for ourselves.”

Sen. Mitch McConnell, R-Kentucky, has defended removing limits on corporations and outside groups, saying the court decision “leveled the playing field for corporate America and union America” to express their ideas in the same way media organizations do before elections.

But with unlimited corporation and outside group spending, “we feel that they’re drowning out the voices of the people,” Cooper said. “The policies show very clearly that the interest of the average working person just is not taken into account at all.”

David Primo, a professor of political science and business administration at the University of Rochester, said “the preferences of wealthy donors get heard more in Washington and in state legislatures than the average American.”

Primo’s research, presented in a book he recently co-authored, “Campaign Finance and American Democracy: What the Public Really Thinks and Why It Matters,” warns that campaign finance reform alone would not restore the public’s trust in government, as the reasons for that distrust are far deeper and broader.

This year, presidential candidates in the Democratic primary required a certain amount of small donations to qualify for debates. Small donations also “send a signal that a candidate has a broad base of support,” Primo said.

Julián Pérez-García, a senior at the University of Maryland studying government and Spanish who gave $8 to Bernie Sanders’ presidential campaign last winter, says he doesn’t expect his small contributions to have much impact, but the inequalities in campaign finance are “discouraging, disheartening.”

“We need to change how campaigns are financed because the fact that it’s even necessary to give that much money to a campaign is unfortunate,” Pérez-García said.

Pérez-García said he plans to go into government to “affect change from within,” adding that it’s important to be politically active outside of donating.

Why did Pérez-García give? “I liked the candidate,” he said. “I think ultimately that’s why anyone should donate, because they like the candidate.” 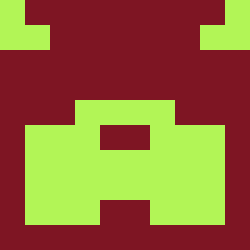