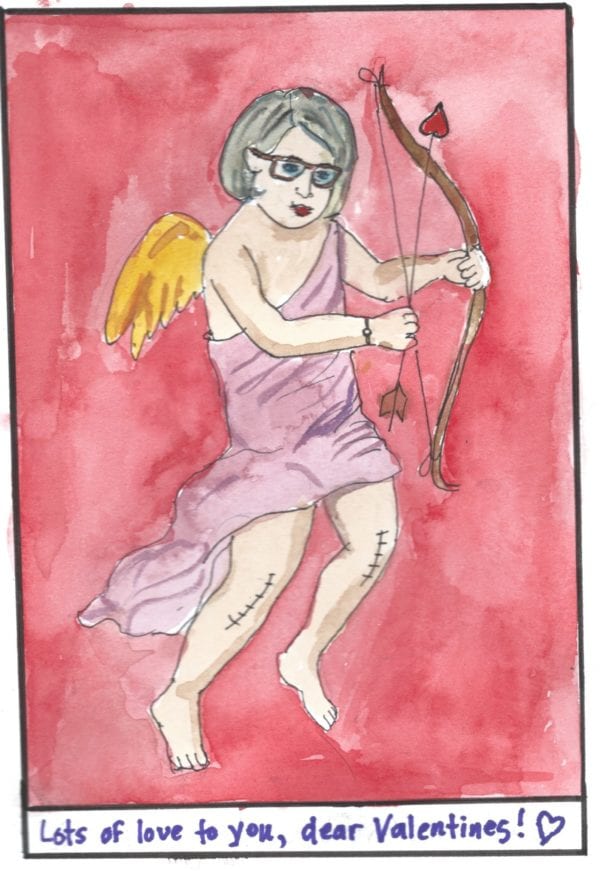 The world has changed a lot in the past couple decades, as you’ve surely noticed, and especially since about 2015, with #metoo and Black Lives Matter and the introduction of “they” as a singular pronoun and so much more. If you watch a television show or movie from the nineties or aughts, it’s almost unbelievable what was considered acceptable then. West Wing, which I am slowly working my way through for the first time, seems like it comes from another era altogether, when hordes of white men benevolently ran the world, and the media kept them honest, and a tiny handful of attractive women and black people brought them coffee.

Let’s get into the Wayback Machine and return to February 2006, when there was still a vibrant magazine industry. One of the many women’s magazines it included was called Redbook (founded in 1903, it made it all the way to 2019.) For the Valentine’s issue, this lucky freelancer was commissioned to write an article about amateur matchmaking — an art that was about to nearly disappear under an avalanche of dating sites and dating apps. For this, I was paid a now unthinkable $1/word.

As you’re about to see, “How To Be a Smart Cupid” seems more like I wrote it in the 1950s than in 2000s, but the professional matchmaker I quoted seems to be going strong. As an online dating loser myself, I wonder if some of these old-fashioned methods should be dusted off for 2021. 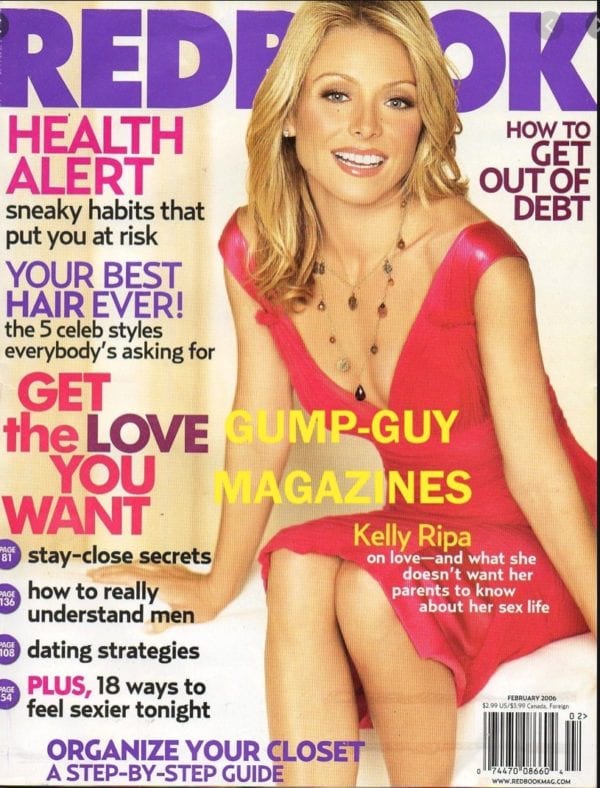 HOW TO BE A SMART CUPID

Are these lonelyhearts your problem? We bet you think so, if you’re already happily hooked up. The married and spoken-for have a tendency to obsess about the singleness of those around them. After all, it’s a couples’ world, right? True, says professional matchmaker Lisa Ronis (www.lisaronismatchmaking.com), and when you make a match that clicks, you feel like a genius.

Though helping a friend trade solitary weekends for the rush of new love is a big accomplishment, make sure before you start scheming that the main focus is her happiness, not your incredible insight. Another bad reason to meddle in other people’s love lives: things are a little dull on the home front and this seems like a fun distraction. Or worse, things are so dull on the home front that you’ve developed a crush on somebody else, and now you’re trying to atone for your evil thoughts by hooking the honey up with your next-door neighbor.

But even if your motives are perfectly healthy, you may still have to hold your horses. In their eagerness to jump-start the magic, matchmaking couples often engineer set-ups that backfire. “What people who aren’t single forget in their enthusiasm,” says Ronis, “is that it’s much more depressing to go on a bad date than to stay home and read a good book.” With that in mind, here’s some advice from a pro to those who can’t resist playing Cupid.

When you’re happily married, it’s easy to imagine that your sister or friend wants just what you have now. But that’s not necessarily true. “If you coax someone who’s not ready to agree to a date and it goes poorly, you could be setting her up for despair,” says Ronis. “She could have unhealed wounds from a previous relationship. Maybe she just wants to be alone. You have to respect that. Who’s putting herself on the line? Her, not you.” So no wheedling, no guilt-tripping, no blackmail. “Don’t make your single friends feel like they have a disease,” Ronis reminds us. “There are more frogs out there than you’ll ever know and the last thing you want to do is demand your best friend kiss every one of them.”

“Just because a guy has a pulse doesn’t mean you should set your sister up with him,” says Ronis. Don’t hesitate to inquire about his relationship status. Is he seeing anyone? Is he seeing many, many people? Is his divorce final? Is he ready for a commitment? A marriage? Kids? It really is possible, Ronis maintains, to ask these questions without sending Mr. Right running. “Talk to him as if you are his buddy and in a subtle, caring way, ask him where he’s at. Guys love to talk about themselves. Become his confidant,” says Ronis.  And make sure you conduct your screening in person. If you don’t, you could bomb as badly as Marla Schultz’s friend did. Marla, a stand-up comedienne in L.A., was set up by a friend with a “great guy” she had a relationship with through working together over the phone. “When he walked in the door,” recalls Marla, “I couldn’t figure out where the smell was coming from. By the time he was sitting on my couch, I knew it was his breath. It was from the Planet Heinie. Somehow I forced myself to get through the evening, until after dinner he says to me, ‘I usually date women who are tall and really thin.’ I couldn’t help it. I said, ‘’I usually date guys who brush their teeth.’

What if the prospective date says something like, ‘I’ll never trust another woman since my ex-wife took me to the cleaners’? Or ‘I just want to date around, I’m not interested in getting serious.’ Or ‘I mostly date women in their twenties, I don’t really go for women my age.’ Don’t assume that your fabulous friend is going to change this guy. “Trust me, a man won’t change much after he graduates from college,” says Ronis. “If he tells you things like, ‘She could do much better than me,’ or ‘I always sabotage relationships, I’m so crazy,’ don’t be surprised if he turns out to be right.” Ronis suggests you give your friend the straight scoop and if she still thinks she would like to see him, fine … perhaps as a “practice date.” But if she falls for him, and he turns out to be just like he said he was, you’re going to feel terrible if you didn’t practice full disclosure.

There’s no getting around it: people tend to pair up with others at their own attractiveness level. Are the two you have in mind a reasonable fit? Get your guy involved here, taking into account both the male (read: very visual) and female (read: fairly forgiving) perspective to decide objectively if this love boat could sail. You may be able to help out a bit by playing image consultant. If your sister wears no makeup, has graying hair, never gets a manicure, and needs a session with a personal trainer, Ronis insists you help her increase her chances by suggesting some remodeling. “You don’t have to be brutal,” says Ronis, “but she’s got to be aware of the dating culture. She’s got to give it all she’s got. If she thinks she can go out without trying at all, she’s not ready.” And even though women tend to have more flexible expectations about the appearance of their partners, guys need to get in shape and look their best too. Maya Allen, a real estate agent in New York, was set up by a friend who described the potential boyfriend as ‘tall and fit.’ “Obviously she hadn’t seen him in a while,” Maya remembers. “He was like 400 pounds. What happened, I thought, he swallowed a cow?”

When you’re telling the prospective partners about the fix-up, make sure you don’t create unrealistic expectations. “Your sister is very, very special to you but you’ve got to give an objective picture or the guy is going to expect Angelina Jolie,” cautions Ronis. Now, of course, painting the real person doesn’t mean you have to fill in all the details: Don’t blab personal problems or secrets the people would never share on a first date—like detailed histories of previous relationships or medical problems. “She’s been a mess since the cancer scare” or “His last girlfriend dumped him because of his OCD” – um, no.

While secrets should be kept, if the person has an obvious physical characteristic that could put some partners off, it’s much better to let their prospective date know beforehand. “You really don’t want someone walking into a restaurant not knowing their date wears an eye-patch or has a limp,” says Ronis. Even a perfectly nice-looking person, like Suzi Hafler, a decorator in Fort Lauderdale, FL, can fall victim to inaccurate expectations. “I was set up by my ex-sister-in-law with a total GQ-type guy she’d met at the fancy cocktail lounge where she worked. I don’t know what she told him about me – I’m blond, 5’1’’, about 115 pounds, generally considered attractive – but the second he rang my bell and I opened the door, I could see in his face that I wasn’t what he expected. The disappointment was obvious. From that moment on, he just kept trying to end the date. I was so embarrassed.”

The date should be a time when the two people involved have each other’s undivided attention. Double dating with you and your husband, or meeting over dinner at your place is a popular approach, but not an effective one. “Having an audience can make one or both parties clam up and feel embarrassed. You’ve put yourself in the middle when they’re supposed to be connecting with each other,” says Ronis. “It could even put the kibosh on a second date, because they haven’t established their flow as a twosome.” Ronis further admonishes matchmakers not to call the next day and ask for a report on the speakerphone. “Think of it as planting a seed,” she says. “If you dig it up every morning to see if it’s sprouted, it probably never will. Relationships, too, need a little privacy to take root.”

Don’t assume the two people you’ve set up are a couple until they’ve made it clear that that’s the way they feel. “Don’t call them up and say, hey we’re getting theater tickets, should we get two for you guys?” says Ronis.

“In most cases, the woman would love it, but you know guys. They get scared. Even if it feels good, they get scared. You have to let them move at their own pace, and do their hunter thing. If your match was a good one, what you have to do is step back and let the guy chase the girl!”