Two Sundays ago, we met some friends from Charlottesville at the Inner Harbor. They were in Baltimore to help their son, a college junior, find housing for an internship with the Orioles this summer.
They arrived on Saturday with only five hours to follow up on all leads gathered before coming to Baltimore. They weren’t about to miss a minute of an O’s game. They went to several places in Federal Hill. They went to Fells’ Point. They were headed to Bolton Hill, when they sent a message to the woman whom they planned to meet on Eutaw Place. She sent a message back asking them to come a half an hour later than planned. She said she needed to go add minutes to her phone card.
The father of the college student is a psychiatrist. His business is understanding people. The message about the phone card sent up a flag in his mind. He tried to withhold judgment. Fifteen minutes later she sent him a second message, but this message was intended for someone else. In it she said she’d gotten more credit and asked where she should hide “the stuff.”
At that point the father sent a message cancelling the appointment. He also sent another message to his older son, a fanatic of “The Wire.”.
We can try to add an “aerophare” and other attractions to the Inner Harbor, but it’s hard to erase the reality of surrounding Baltimore. 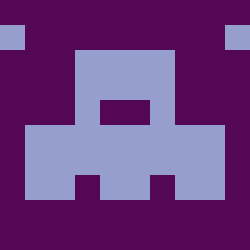