On June 6, I made the trip to Belmont Park and my journey was rewarded with a piece of history I won’t soon forget. Watching American Pharoah win horse racing’s Triple Crown, and all the people watching that went along with it, was an experience unlike any other, and a reminder of the blur of history I have already witnessed.

For me, this trip was one down memory lane. I have been a racing fan — and sometimes a fanatic one — since I was young. During my early teens, my weekends were often spent at Laurel Park, Bowie Race Track, Delaware Park, Atlantic City Race Course and Pimlico Race Course. I can recite, with some level of accuracy, the call of the 1973 Triple Crown won by Secretariat. I was present at his big win during the Preakness, and I remember visiting a friend of mine three weeks later in Shirley, Long Island, N.Y., to watch the Belmont on a pre-cable TV, which depended on rabbit ears to get a good picture. On that day, those ears did nothing, and we watched Big Red’s 35-length victory, feeling the entire, soundless race that we were just not able to see the competition.

I remember being at the Preakness in 1977 and 1978, watching Jean Cruguet ride Seattle Slew to victory and Steve Cauthen’s breathtaking win on Affirmed over Alydar, respectively. All in all, there were three Triple Crowns during a six-year span after the 25-year drought between Citation’s Triple Crown in 1948 and Secretariat’s in 1973.

The closest thing I can compare that feeling to was the one I had in Baltimore when the Orioles won two World Series in 1966 and 1970 and appeared in four from 1966-71. I just assumed it was part of my birthright that my baseball team would always be in the hunt. But, as I found out with the 13-year drought between the O’s last two World Series victories in 1970 and 1983 — and in the 32 years since — nothing is a given with sports.

On June 6, my day began early. I hopped on the midtown bus, and made my way to Penn Station. After arriving there, what startled me was the youth and preppy demeanor of the mass majority of those who would be riding alongside me on the Long Island Rail Road. It was as if I were trapped in a Whit Stillman movie from the late 1980s.

Having heard about the sheer disaster that California Chrome’s loss during last year’s Belmont Stakes caused to the exiting droves, with some fans not getting home for about five or six hours after the race, I was particularly on guard to follow all the correct directions to Belmont Park, so that the exact opposite order could be followed to a tee in exiting as quickly as possible. 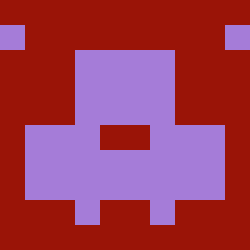