503 POSTS 0 COMMENTS
Ed Gunts is a local freelance writer and the former architecture critic for The Baltimore Sun.

The vacant building that formerly housed Martick’s Restaurant Francaise will be partially restored but left open to the elements as an outdoor dining space, part of a plan blessed by a nephew of the late restaurateur Morris Martick and approved today by Baltimore’s Commission for Historical and Architectural Preservation.

The preservation commission voted 9 to 0 to accept a proposal from the building’s owner to use the outer walls of the former restaurant to enclose an open-air patio that could be used as dining space for a to-be-created restaurant next door.

END_OF_DOCUMENT_TOKEN_TO_BE_REPLACED

Mount Vernon church auction gets bidders but no buyer

Two parties submitted bids during the online auction for the historic church at 1110 St. Paul St., but neither was high enough to meet the reserve set by the sellers, according to auctioneer Charles Billig of A.J. Billig and Co. Auctioneers.

END_OF_DOCUMENT_TOKEN_TO_BE_REPLACED

Loewe, an upscale retailer based in Europe, is paying tribute to Divine, the Baltimore-born performer and cult figure who once played “the filthiest person alive,” with a fashion collection and an online exhibition of rarely-seen memorabilia.

The fashion company has also introduced a face filter on Instagram that can make anyone look like Divine did in John Waters’ 1972 film “Pink Flamingos.”

As part of its initiative, called Loewe X Divine, the company announced that it’s making a gift to Baltimore Pride, the organization that puts on the annual Pride festival and other LGBT-oriented events in Divine’s hometown. It’s also donating 15 percent of all sales from its Divine collection to Visual AIDS, a New York City-based organization that supports artists living with HIV and AIDS.

END_OF_DOCUMENT_TOKEN_TO_BE_REPLACED 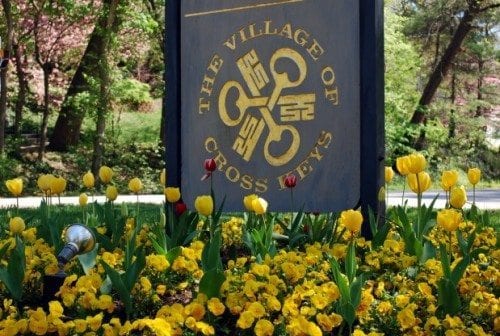 The highly anticipated sale of the Village of Cross Keys to local owners is expected to be final on July 21.

Robert Connors, president of the Roland Park Civic League, disclosed at the organization’s monthly meeting yesterday that a date has been set for the property to be sold to an affiliate of Caves Valley Partners, the local developer that began negotiating last year with the current owner, New York City-based Ashkenazy Acquisition Corp.

END_OF_DOCUMENT_TOKEN_TO_BE_REPLACED

Two weeks after Baltimore’s Planning Commission approved the design for the historic Tractor Building in Woodberry to be converted into apartments, neighboring property owners have blocked construction at least temporarily by challenging the decision in court.

Attorney John Murphy on Wednesday filed an appeal of the Planning Commission’s decision with the Circuit Court for Baltimore City, an action that prevents developer Larry Jennings and Valstone Partners from proceeding with construction until the court holds a hearing on the 98-unit project.

END_OF_DOCUMENT_TOKEN_TO_BE_REPLACED 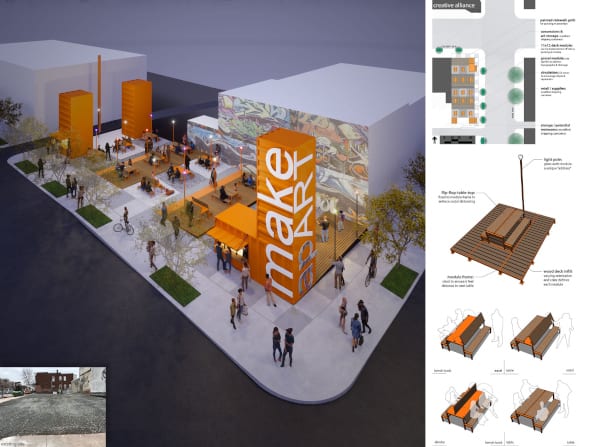 Baltimore’s leaders have joined with designers and public health officials to help restaurants, stores and other businesses find ways to operate safely during the COVID-19 pandemic.

Mayor Bernard C. “Jack” Young and others on Monday released the “Design for Distancing Ideas Guidebook,” a free online resource created to show business owners and communities how they can use streets, sidewalks and vacant lots to reopen and improve their own properties while complying with public health guidelines for social distancing.

END_OF_DOCUMENT_TOKEN_TO_BE_REPLACED

The residence for sale in Towson has three bedrooms, two-and-a-half bathrooms and a two-car garage on a half-acre lot near a golf course.

And it was purportedly the home of a serial killer.

The house at 600 Lake Drive was used as the home of Beverly Sutphin, the knife-wielding homemaker portrayed by Kathleen Turner in the 1994 movie “Serial Mom,” written and directed by filmmaker John Waters.

END_OF_DOCUMENT_TOKEN_TO_BE_REPLACED

A.J. Billig & Co. Auctioneers has set July 6 as the date for online bidding to begin on the church, and it held an open house today for prospective bidders to tour the property.

END_OF_DOCUMENT_TOKEN_TO_BE_REPLACED

Night Shift 2.0, the East Baltimore nightclub that opened last September with the goal of creating an “adult entertainment experience” where anyone in the LGBTQ community would feel welcome, has closed for good.

Managers posted a notice on Facebook to thank staffers and patrons and say they won’t be coming back after the state-imposed shutdown to prevent the spread of COVID-19.

“It is with a heavy and sad heart to announce that whenever the Coronavirus pandemic is over, Night Shift 2.0 will not be reopening,” the message said, in part.

END_OF_DOCUMENT_TOKEN_TO_BE_REPLACED

The Planning Commission was the last of several city boards the developer needed to satisfy in order to obtain building permits for the conversion, estimated to cost $32 million to $35 million.