My 1979 Halloween was one strange trip. It was my sophomore year of college, already full of freedom and weirdness. That year, every day felt like Halloween as the country was swept up in the mania of The Rocky Horror Picture Show’s twice-weekly screenings at over 230 theaters. And punk rock ruled. It was the heyday of bands like the Ramones, the Cramps and Richard Hell and the Voidoids. I knew lots of people who sported mohawks, wore dog collars routinely and pushed giant safety pins through their lips. But this was Halloween, the freakiest night of the year, and I was eager to blend into the mayhem myself. But I had one mundane chore to finish first.

October meant it was time to switch over to snow tires. It was getting late as I yanked off the summer tires and slipped on the winter ones. I was in a rush, eager to get to a big party with my friends. It was pitch black dark by the time I lowered the jack, as a creepy owl started to hoot the arrival of Halloween night. I was spooked as my neighbor’s black cat shooting out of the bushes in front of me as I raced into the house to change. Something scary was in the air.

Inside I slipped on my costume and transformed into John Lennon from the cover of Abbey Road, donning a white suit, a long beard, a wig and round glasses. Taking some extra time to get the costume just right, I pushed the button on my LED watch and saw I was 13 minutes behind schedule. I dashed back to the car to pick up my girlfriend, Lori, from her job. Meanwhile, full moon shone on the horizon, making me tense. Racing in her direction, I noticed that the car was riding very rough. I attributed it to the snow tires. My teenage brain thought it was nothing a good stereo system couldn’t mask so I cranked up the “Monster Mash” on the radio, flew over a hill, picked up speed and raced down toward a straightaway.

I was temporarily distracted by a group of ninjas arguing on the side of the road when something happened that made my world lapse into slow motion: The rear driver’s side tire flew off my car. In my haste, I’d forgotten to tighten the lug nuts. My tire shot forward, zigzagging at rocket speed right past the car and straight out ahead of me. I was hovering on three wheels. Two seconds later the rear of the car fell out from under me and slammed down on the wheel-less brake drum at 50 miles per hour. My car sliding uncontrollably, I peered out the driver’s side window across the median strip to spy Snow White and the Seven Dwarfs in a station wagon, all of them staring at me wide-eyed, their faces illuminated by the sparks coming off the back of my car. “Hey, I bet that woke her up,” I thought as my big old Chevy swerved, cutting a deep scratch in the fast lane before coming to a definite stop. In a total of seven seconds my ride transformed from John Lennon’s Bentley to the Rock of Gibraltar smack in the middle of the fast lane of Route 40 West!

Flooded with adrenaline, I leapt from the driver’s door and ran at breakneck speed down Route 40 to retrieve my tire. Ladies and gentlemen, observe John Lennon sprint like a madman down the median strip. Careful not to get any grease on my white suit, I rolled the tire back, walked across the street to the Holiday Inn and asked Count Dracula, “Where’s the pay phone?” He motioned toward a zombie making a call. After the undead staggered off, I phoned AAA and returned to the tire to wait. Every three minutes cars idling at the traffic light on the other side of the hill would roar to life, fly over the hill at highway speed and come to a screeching halt behind my car while I sat there like a surreal ice cream man meditating on a Michelin. After an hour I began to hallucinate. Out of the corner of my eye, something angry and violent was coming after me. It looked like a devil. But it wasn’t a hallucination. It was my girlfriend, Lori.

Stranded at her job, Lori had waited for me until the store closed and everyone else had left for the evening. Caught in the back office dressed in a black leotard with a little devil tail and horns, the security guards thought she was a burglar and pulled their guns on her. She managed to appease the guards, then called her sister sobbing that I had abandoned her. On their way home, they saw me sitting on the side of the road. Lori hopped from her sister’s car, unleashing her frustration by pummeling me with a red plastic pitchfork.

As I tried to explain things, we were blinded by flashing yellow lights – AAA! The mechanic jacked up the car, returned the snow tire to its rightful position and set the car down. Lori and I drove off to the Halloween party. Arriving at the party, I thought my bad luck had hit an apex. After all of the trouble to get there, I opened the door to the crowded party and found none of my best pals. But after five minutes, I was elated to realize my friends were right in front of me. They were just in the weirdest costumes you could possibly imagine…

Jeff Dugan’s memoir recalling 35 years in the TV business will be released by Amazon this fall. More at www.jeffdugan.com. 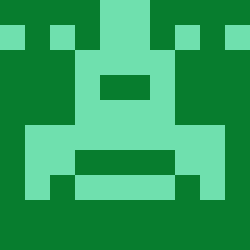