Sometimes an event prompts you to look at your life and goals through new eyes. In the aftermath of Freddie Gray’s death, Shantay Guy found herself driving with her son through an intersection near Druid Hill Park during a heated conflict between police and youth. At one point, an object hit the side of her truck.

“A flurry of emotions enveloped me—fear, anger, frustration,” recalls Guy, who grew up not far from where Gray lived. Her reaction quickly turned to understanding. While an active volunteer, Guy, then a technology project manager for T. Rowe Price, realized she wasn’t doing enough to help heal the deep divides in her city.

Her first step was to enroll in a training through the Baltimore Community Mediation Center. Before long, she was volunteering as a mediator on nights and weekends. Her passion for the work didn’t go unnoticed. In mid-2016, she was asked to lead the organization.

Conflict is natural; yet most people aren’t equipped to deal with it, affirms Guy. “It’s only because of how we’re programmed that we believe anytime we encounter an opposing view it’s negative,” she adds.

Over 22 years, the center has had an impact on the lives of 60,000 Baltimoreans. Its work is rooted in the Inclusive Mediation Model with services provided on a voluntary, confidential, and nonjudgmental basis.

People seek out the center’s assistance to navigate a range of challenging conversations—whether it’s neighbors struggling to settle a noise dispute or school administrators and parents coming to terms with issues surrounding a student’s absenteeism.  Last fall, the U.S. Department of Justice appointed the center to the consent decree monitoring team.

The group partners with libraries, churches, and recreation centers to make services available for free at over 130 locations across the city. The community-based partners refer clients, along with police officers, private mediation practitioners, and others. In its last fiscal year, the center’s 60-plus volunteers completed over 600 mediation sessions.

Volunteers represent diverse backgrounds and include lawyers, artists, psychologists, IT professionals, students, retirees, and people between jobs. Each undergoes 50 hours of training, followed by an apprenticeship. “The biggest lesson mediators learn is that we all have judgments,” says Guy. “When you’re at the mediation table, you put those away. Questions are framed in an open-ended, nonjudgmental, inclusive way. We allow room for silence as folks think through how they’ll navigate a conversation.”

Increasingly, an emerging generation of concerned youth has stepped up to contribute. Lydell Hills, a senior at Goucher College, received training in early 2017. Since then, he’s conducted outreach and mediated cases between parents and school officials and between incarcerated community members poised for release and their families, among others.

“At first it can be intimidating to approach other people’s conflicts,” he says. “Working with experienced mediators helps a lot.” The most successful cases, he adds, are those where both sides really want to make it work. Since his initial training, Hills has pursued more advanced qualifications.

The center trained Emily Dame as a mediator as a sophomore in high school. Among the cases she’s mediated are disputes between friends, disagreements among siblings, and parental conflicts. “Going through the training made me think about conflict in a different way and to not jump to conclusions,” she says.

Asked what’s most difficult about her role, Dame says it can be hard not to get attached to a certain outcome. “We’re there to facilitate, not to suggest a resolution,” she adds.

Being a mediator has also affected her personal relationships and goals. “It’s important to reflect and make people feel heard,” she says. “I’ve learned to listen, to put aside my own feelings, and not be too quick to judge.” As for her educational and career interests, Dame says she’s eager to learn more about interpersonal relations and peace-building.

In 2017, the organization ramped up its work in schools, offering mediation services and conflict resolution workshops aimed at cultivating self-awareness and emotional intelligence among students.

Its Youth & Police Dialogue Circles, held in middle and high schools, create safe spaces for students and police officers to share their experiences and explore ways to create more positive interactions. The dialogues, launched in 2015, help both groups see beyond stereotypes. “They end up finding out things they share in common—anything from a video game to a neighborhood where they grew up,” says Guy. “It only takes little connection points to foster relationships.”

Surveys administered following the dialogues show improved views on behalf of police and youth toward one another. The center is now working with university research partners to explore how to sustain positive police-youth interactions over the long-term.

When it comes to transforming deeply ingrained attitudes, Guy remains optimistic. “I think everyone is shift-able,” she says. “I absolutely believe that all of us have opportunities for personal evolution that can result in better relationships.”

As for her decision to transition to a nonprofit career, Guy has no regrets. While she had never written a grant proposal in her life, already she’s tripled the center’s budget, pursued newly earned income-strategies and expanded its partnership base. “When you say ‘yes’ to a new adventure,” she says, “there’s fear that comes with it—along with courage.” 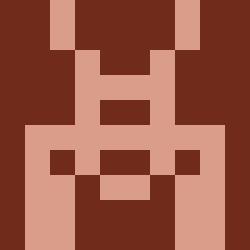