Oleg Fastovsky is an attorney with the Maryland Criminal Defense Group, representing clients who have been charged with a wide array of criminal offenses.

We all know that people can engage in nefarious activity when they are left to their own devices. We learned it from the financial crisis. When Wall Street bankers did not have any checks and balances, they were free to make their own decisions. Their decision was to give millions of people faulty loans which ultimately lead to the great recession in 2008.

And when Republicans said that tax breaks for the rich will lead to more job growth, we all know they just pocketed the money and no jobs were created whatsoever. Which is why it is no surprise that the people of Maryland are dealing with widespread corruption; even at the smallest levels like recreation centers.

In recent months, Baltimore recreation centers have been hit with several embezzlement allegations and community organizers have decided to do something about it. Which is why on Wednesday, July 13th, officials on the Baltimore County Recreation Board voted to expand background checks for individuals who are volunteering their time to help run these centers.

These expanded background checks come after three alleged thefts have reportedly taken place since the beginning of last year. A treasurer from the Back River Neck Recreation and Parks Council was given jail time after she admitted to felony theft in the amount of over $35,000, which she stole from recreation funds. Marvin B. March, a treasurer volunteer for the Arbutus Athletic Association, is accused of stealing approximately $5,600 dollars over four years for the payment of his private cell phone bill.

He reportedly paid back the money, but a county detective discovered his questionable practices and ultimately decided to open an investigation to discover the truth. And Shalanda Nix, a former VP for Lansdowne-Riverview Recreation and Parks Council, was charged late last year for allegedly making unauthorized deposit withdrawals to the tune of $20,000.

These three alleged crimes have people in Baltimore rightfully concerned. They know that widespread corruption is prevalent in their state government, but to learn that it is happening by volunteers at recreation facilities is a huge blow to the psyche of a city that is all about hard, honest work. The question then becomes what do you do and how do you curb corruption by local volunteers?

The first solution is to actually check the criminal history of the volunteers and specifically screen for common money crimes such as theft. Secondly, it is important for these community organizers to keep each other in check.

Just because they are your friends and you work closely with one another does not mean that illegal practices aren’t taking place. If you see anything questionable, it is important to speak up and make it known.

Proper financial controls are also a big talking point within local Baltimore governments. Volunteers in certain areas, like Howard County, are not allowed to handle money/financial transactions. This action takes away any chance that illegal financial practices can occur.

Other suggestions include having only one elected volunteer handle the safekeeping of finances, while another handles transactions that take place. These simple changes, along with stronger background checks, are being looked into to help curb the amount of financial crime at these community recreation centers. 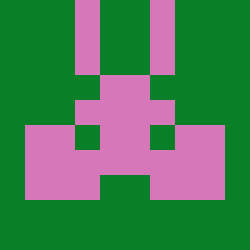