Courtesy of Citybizlist – To make ends meet in Baltimore County, a family of three that includes an adult, a preschool child and a school-age child needs to make nearly $62,000 to cover basic needs, a new study finds. That is more than three times the federal poverty level.

The 2012 Self-Sufficiency Standard, created by researchers at the University of Washington School of Social Work in cooperation with the Maryland Community Action Partnership, calculates the basic costs for Maryland families by looking at the price of such necessities as housing, food, transportation, child care and taxes. It does not allow for such extras new cars — or even fast food, coffee or soda.

Elected officials say that as the recession has continued, they have heard from more people seeking help.

J. B. Osborne, senior legislative advisor to County Councilwoman Cathy Bevins, said his office has seen an increase in residents who need help paying for heating and electricity, as well as requests for affordable housing.

Although there is an increase in need, finding funding in the county is an issue, Councilwoman Vicki Almond said.

“With Baltimore County, the state and the federal government trying to balance their budgets, it’s hard to determine where funds to cover this will come from,” Almond said. “You see more people in need but there’s less funding to go around.”

The county will start a waiting list next week for its child -care subsidy program, because of the increase in applications. The program has an income limit for a family of three of $29,990.

What people were surviving on six or seven years ago is not enough for them to cover basic needs now. “The poor is now the working poor,” Osborne said. 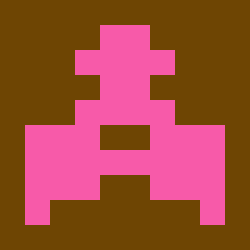