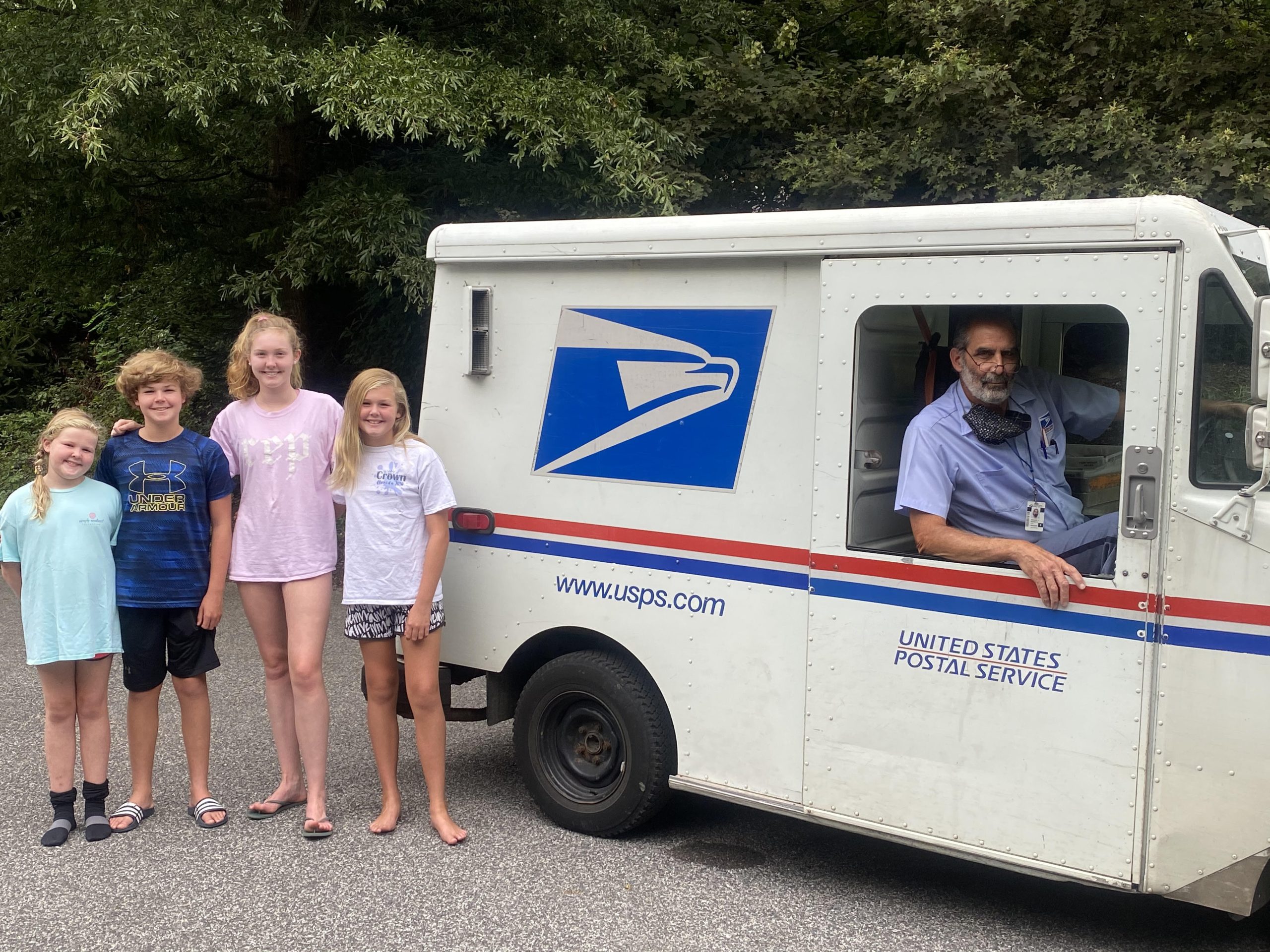 Rick Einheltz has worked for the U.S. Postal Service for 39 years. He took the job because it promised a stable career after his military service, and he’s devoted to the Baltimore route, just past the city-county line, that he’s worked for 15 years.

“I’ve established really nice relationships along the way,” he says.

One such relationship is with the Croft family. Ericka and Russell first met Rick around the time their oldest child, Shapard, was born. In the ensuing years, the Croft family grew from one child to four, and each member struck up a special rapport with their friendly postal worker.

Every Christmas, the family surprises him with a homemade gift. He opens the mailbox to find fresh-baked cookies, a child’s painted masterpiece, a tender herb plant grown from seed.

These are rough times for postal workers. They are making their appointed rounds despite budget woes, Oval Office criticism and a pandemic that could sicken them at any time. But this spring, when people on his route stayed inside, frightened and isolated by COVID-19 lockdowns, Rick decided to repay the Croft’s kindness.

“The kids and I were in the yard one day, and Rick comes pulling in,” says Ericka. “He is always a bright spot in our lives, and, during the spring, he was just about our only visitor.”

Rick loves to garden, a passion from his father, William, who had grown dahlias all his life.

When his father had to give up his house and move into a nursing home, a Harford County couple he had befriended invited him to share their garden. He wasn’t up for gardening much by then, but was “full of advice,” Rick says. Together, they cultivated dahlias that they distributed to residents at the Mercy Ridge retirement community and Stella Maris nursing facility, both in Baltimore County.

Rick also wanted to give his father a place to “dig in the dirt,” so he planted his own dahlia garden. This year, when it came time to select the dahlia bulbs, Rick decided to enlist the Croft children — Shapard, 16, George, 13, Blake, 11, and Tennybelle, 9 — as a thank you for their kindness to him.

“I let them each pick a variety,” said Rick. “I thought it could be a kind of contest.”

He gave the children the web address for his favorite company, Swan Island Dahlias, and told them to each pick a favorite. “They took about four hours looking through the hundreds of types of dahlias,” says Ericka. Each child weighed the relative merits of various colors and shapes and reported a favored choice to Rick.

Rick ordered the dahlia seeds and planted one for each child in his garden.

As spring turned to summer and the pandemic ground on. “We would periodically get an update from Rick on how the bulbs were doing,” says Ericka. “’ A lot of rain could mean trouble,’ or, ‘Blooms should be opening in the next two weeks.’ When the kids would see him coming, they would sprint out to get the news on the plants. It was so much fun, and we were 100% invested.”

One Sunday (which Ericka noted is not a designated mail day), she received a text from Rick to check the front porch. There, the family discovered what she describes as “the most gorgeous array of flowers I have ever seen in my life.” 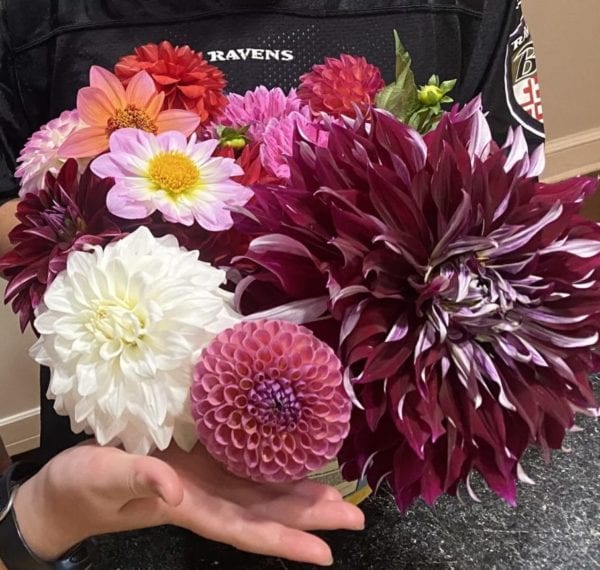 While Rick is partial to the “My Hero” dahlia — Tennybelle’s pick — he says each one was a labor of love. For the Crofts, it was a reminder; when people are quick to point out what is wrong with the world, one postal worker was doing some things very right.