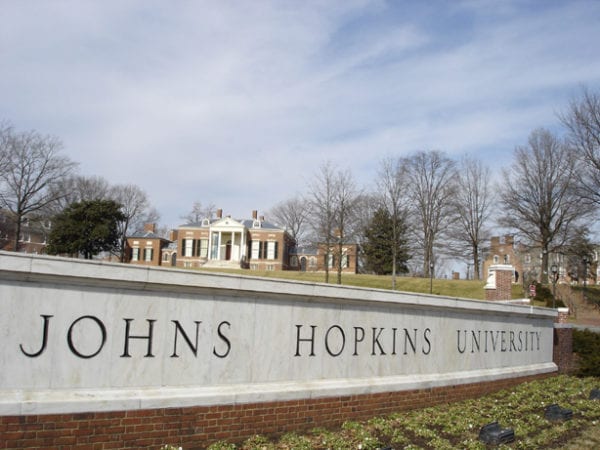 Baltimore lawmakers on Friday morning cancelled a hearing on legislation that, controversially, would allow Johns Hopkins University to establish its own private police force to patrol its Homewood and East Baltimore medical campuses.

“After listening to the dozens of community folk from the surrounding Johns Hopkins properties and the many students from the University,” Del. Curt Anderson wrote in a Facebook message Friday morning, “legislative leaders and the Hopkins administration have called off any further consideration of the University’s proposal regarding its police force.”

Anderson, who represents the city’s 43rd District and chairs the Baltimore City House delegation, said the Senate hearing on the bill scheduled for this morning was therefore cancelled.

Baltimore Fishbowl has reached out to the university for comment.

The legislation, introduced in early March–nearly two months after the beginning of the 2018 legislative session–caused a stir on campus, drawing protests from students, local activists and faculty. Surrounding neighborhoods, including Remington, have also told university officials they oppose the bill, citing, among other reasons, a lack of any prior communication with communities about the institution’s plan to create their own police force.

At a meeting this week with Remington residents, university officials said they were pursuing plans for their own private law enforcement body because of increased crime on the Hopkins campus.

University vice president of finance Daniel Ennis apologized to residents at the meeting for not discussing the idea with them before drawing up legislation with Baltimore lawmakers, but said they planned on pushing the bill anyway. The institution’s director of local and community affairs, Jennifer Melke, said fewer than five neighborhood associations around the city had supported their plan, but noted individuals–many of them writing to the university anonymously through an online portal–had shared their support.

State law allows public universities, such as the University of Maryland and Coppin State and Morgan State universities, to maintain their own police departments, but not private institutions. The bills backed by Hopkins, and proposed by Glenn and Conway, would have enabled private universities to do so if they were to draw up a memorandum of understanding with surrounding communities.