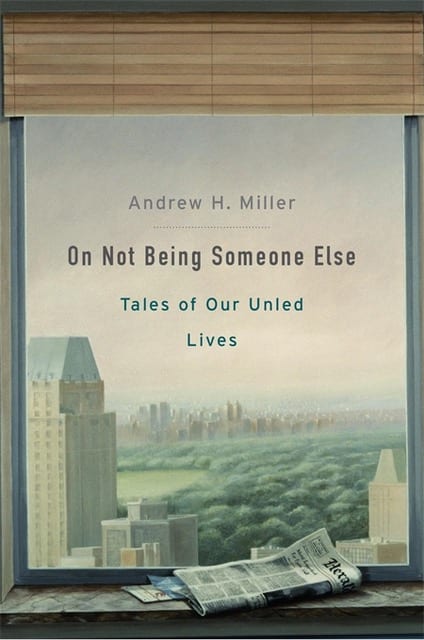 It’s hard to imagine a more opportune time to contemplate the lives we’re not leading. After five months of quarantine, however, finding the motivation to do so might be even harder. Where to begin? How to proceed? Luckily, Johns Hopkins English professor Andrew H. Miller has written the perfect guidebook to accompany us on this journey. 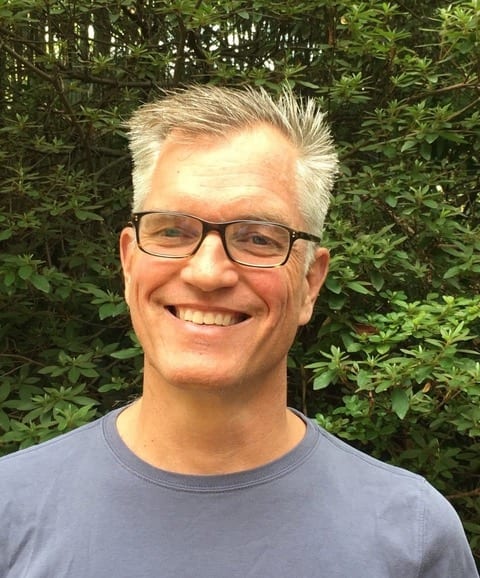 On Not Being Someone Else: Tales of Our Unled Lives, Miller’s third book and first for a general audience, is a thought-provoking blend of criticism and memoir as well as a page-turning introduction to literature and philosophy. “Thoughts of contingency are viral,” he writes:

Each of us no doubt could make a list: if my parents hadn’t moved . . . when I was young; if I had gone to a different college; if I hadn’t taken that one class with that one teacher; if [that particular relationship hadn’t ended]; . . . if I had taken another job . . . What would my life be like? What would I be like?

Humans, Miller points out, are highly susceptible to the pathogenic tendency to ruminate. As a result, we go about our days “haloed by evaporating, airborne unrealities,” the specters of “the people [we] might have become” if we’d made different choices, followed different paths. Why, he asks, do we try to figure out who we are by focusing—fixating—on who we’re not? What makes us so convinced that understanding the present requires looking back on a past that never existed in the first place? And why are certain fantasies about who we might have been so pertinacious?

“Unled lives,” Miller argues, “are a largely modern preoccupation,” a by-product of the post-Industrial drive to capitalize on resources and opportunities. Alas, how burdensome we’ve found this! Modern culture abounds with examples of the mental torment wrought by what Miller calls our singularity, the inescapable fact that each of us is limited to being a “single self among many possible selves.” He examines three classic, twentieth-century variations on this theme: Robert Frost’s “The Road Not Taken” (1916), Henry James’s “The Jolly Corner” (1908), and Frank Capra’s It’s a Wonderful Life (1946). As he goes on to show, even those Victorian novels most celebrated for their realism—the triple-decker tomes of Anthony Trollope and George Eliot, for instance—devote countless pages to describing what did not happen to their fictional protagonists. He notices a similar phenomenon on screen: “Consider the number of films that depend on a character’s sense of being misrecognized, taken as someone else, living the life of someone else, even while remaining him or herself.”

As a work of criticism, On Not Being Someone Else is—fittingly–singular. Persuasive but never prescriptive, Miller’s distinguishes himself through his willingness to explore the affective dimensions of personal narrative. Urging us to examine our strivings, failings, and longings, On Not Being Someone Else at once invites us to reflect and encourages us to be ourselves. –Even if we’re just sitting at home, imagining the summer vacations we didn’t take, and wondering when, perhaps whether, we’ll ever be able to resume our wanderings.

BFB:      In 2015, in the middle of working on this project, you went through a major life change. After more than two decades at the University of Indiana in Bloomington, you moved to Baltimore and started teaching at JHU. I’m curious . . . Did the experience of moving shape your thinking on the subject of life’s crossroads?

Andrew H. Miller:     That’s a good question. I hadn’t thought about the book and the move as being conjoined in a meaningful way, but you’re right to point out that both were happening at the same time. And journeys play a big role in this book about paths untaken. But I’d begun the book long before the move; the most important way that the move and the book were connected wasn’t in the content.  Coming to Johns Hopkins, where faculty are given more time to focus on their research and writing, allowed me to finish the book. That’s the straightforward, logistical answer. It was a very difficult move: My wife [Mary Favret, also an English professor at Hopkins] and I were very attached to our colleagues at IU, and our son was starting his sophomore year of high school. Earlier in our careers we’d had an opportunity to go to another school. That time we chose to stay at Indiana University; this time we moved.

BFB:     What you’re describing reminds me of the “one traveler, two roads” scenario in Frost’s “The Road Not Taken.” Is it fair to say that at some level you were reenacting that pivotal moment of decision-making, only this time you took the other path?

Andrew H. Miller:     That’s interesting . . . On some level, yes, but it’s important to keep in mind that conceiving of life in this way, as a forking path, is not without limitations. In this case, I think comparing the two decisions risks making the whole situation appear more deliberate than it was. We never had any regrets about staying at IU; it was not at all as though we felt we had made a bad choice—on the contrary, actually. Time passed. Then the chance to come to JHU presented itself, and we realized that circumstances had changed: we were in our fifties; our children were getting ready to leave home; suddenly, the idea of having everything around us be new seemed like good fortune. So here we are.

BFB:     The book itself represents another kind of departure. Whereas your two previous works were scholarly monographs, here you address an audience of general readers in a somewhat unconventional format. What prompted those shifts?

Andrew H. Miller:     I knew pretty early on that I wanted to write for a wider audience. In part, that desire was born of my perceiving how others responded to the topic. I could tell this was a subject that resonated deeply and broadly. This made me think about what I myself respond to in criticism. Several of the writers I find most engaging—Roland Barthes, James Wood, Maggie Nelson—use short, essayistic modes to great effect. I decided to try my hand at it.

BFB:     In the preface, you outline some of the reasons “unlived lives are hard to write about.” For me, some of the most arresting moments in On Not Being Someone Else were the glimpses of your own writing process and its attendant struggles. Beyond the difficulties inherent in the topic, what did you find most challenging about this book?

Andrew H. Miller:      Part of the appeal of this project was that it forced me to confront a new set of demands. I wanted to write about my academic work and my personal experience, and I wanted to do so in my own natural voice, in a conversational way. At the same time, I felt obligated not to betray my discipline. I also felt obligated not to betray my audience. Sometimes these imperatives were in conflict, and I had to struggle to find what seemed like the right balance.

Let me clarify what I mean. One of the main things that I wanted to do was leave readers with some work to do, something to keep thinking about after they close the book. I also wanted to give them plenty of space to disagree with my ideas and to arrive at their own interpretations. In that way, the book has the potential to become theirs—each individual reader’s, I mean—and to remain alive in their thoughts . . .

That vitality was important to me, and at a certain point I could see that in order to foster it, I had to hold back. I had to remind myself that the point was not to be exhaustive, not to have the last word. And this meant resisting some conventions of academic discourse, and restraining my own impulse to split philosophical hairs.

BFB:     What you’re saying reminds me of something you wrote in the introduction: “only if we acknowledge what an author has not done can we appreciate what he has.” That’s in reference to Henry James’s uncanny knack for letting the reader “see simultaneously the achieved work of art and its unrealized possibilities.” Was that one of your goals?

Andrew H. Miller:      Well . . . no and yes! On one hand, no, I didn’t consciously set out to write something with that sort of duality. On the other, I can appreciate that I was drawn to unled lives in part because it’s such a paradoxical topic; it has that duality built-in and that appeals to me. So, in that spirit, yes, one of my goals was to show how thinking about the lives you haven’t led can—by a kind of counter-motion—lead you to think about the life you’re leading. I find consolation in that, and I hope my readers do, too.

Andrew H. Miller will discuss On Not Being Someone Else: Tales of Our Unled Lives with William Egginton in a virtual event on Monday, August 31, at 6:30 p.m. Click here to register. This Zoom event is part of the “Humanities in the Village” series sponsored by The Ivy Bookshop and Bird in Hand. 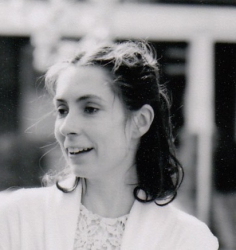