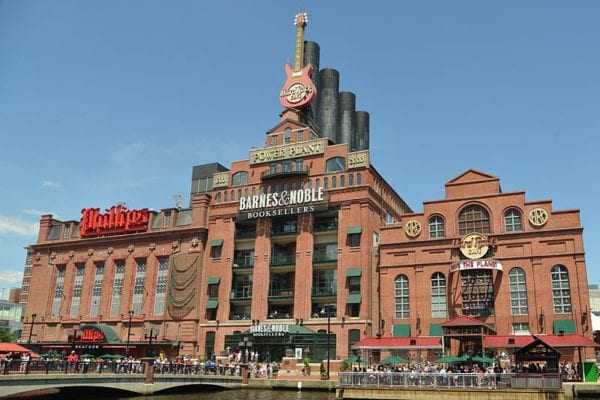 Baltimore will have one less bookstore after Saturday when Barnes & Noble closes its branch in the Inner Harbor.

The company announced today that it will permanently close the doors to its Power Plant location on August 29.

The bookseller said in a statement that its location inside an old power station, with portions of the preserved smokestacks rising throughout it, made it “one of the most distinctive bookstores of the United States” and a privilege to operate. At the same time, it said, “these very attributes now make it extraordinarily expensive both to run and to maintain.”

The closing comes three years after Barnes & Noble closed its Towson store. It still has Baltimore area locations in White Marsh and Pikesville. The company said it will attempt to transfer as many of its Power Plant employees as possible to other locations.