Love them or hate them, if you drive downtown, you’ve seen Baltimore’s red “BUS ONLY” lanes.

The city installed the lanes, a form of tactical transit, a year and a half ago as part of Baltimore’s bus network redesign. The idea was to give buses priority over cars along parts of Pratt, Lombard, Fayette, St. Paul, Guilford, Charles and Gay streets to improve commute times.

And the bus lanes have been effective, reducing bus travel times by an average of 9 percent, according to a Maryland Transit Administration (MTA) analysis released yesterday. Only the bus lanes on Charles Street resulted in no improvement in travel times for MTA buses.

One problem with the 5.5 miles of bus lanes, which MTA acknowledges in its report, is that they are still frequently blocked by cars and delivery vehicles–this, despite the city’s steep $252 fines.

Baltimore, Charles and Lombard streets appear to have the most regular blocking and violation problems, the agency noted.

But a bill in the Senate might offer a remedy. House Bill 130, sponsored by 46th District Del. Robbyn Lewis, would require MTA to meet with Baltimore City Department of Transportation and come up with a plan for enforcement based on best practices in other cities. Bus lanes are used in Boston, New York, D.C. and about 15 other cities around the country to help buses cut through traffic in congested areas.

While they do replace travel lanes and sometimes take away street parking–a sore spot in Baltimore–they also improve bus speeds if enforcement is vigorous.

But in Baltimore, enforcement is anything but. How bad is it?

Baltimore now has a Twitter account–@NotASpotBmore–devoted to the public shaming of illegal parkers, especially brazen bus and bike lane interlopers.

MTA is called out regularly because it can’t keep the bus lanes in front of its headquarters clear.

This tweet from March 4 shows at least three cars, possibly a tractor trailer and a mail truck blocking the bus lane in front of 6 St. Paul St.–MTA headquarters.

Hey @mtamaryland … We gotta talk. You wouldn't believe it but this bus lane is 15 feet from your front door. @NotASpotBmore pic.twitter.com/8n3gf2y7mG

Another tweet, from January, shows a Pepsi delivery truck blocking a bus lane up the street from the MTA– apparently, a regular occurrence .

My tweet from March 14, also in front of MTA headquarters, shows a bus lane/stop blocked by a man unloading his car.

Lewis, who is car-free, said she sponsored the bill because bus lane enforcement is lax and makes public transportation less effective.

“The reason dedicated bus lanes matter is because the greatest source of [bus] service delays happens downtown,” she said in an email.

As a rider, she said she experienced the delays first-hand.

“I paid attention to how the lanes worked, and what I saw and heard made clear that the lanes were not living up to expectation[s].”

MTA Police issued 99 citations for blocking bus lanes in January and 90 more in February, according to an MTA spokesperson. As for Baltimore police, their enforcement of bus lanes is a wildcard. Jeremy Silbert, police spokesman, said BPD doesn’t keep track of parking tickets by category.

A quick scan of recent tickets, however, shows that while DOT issued about 1,700 bus lane/bus stop citations this year, many were written outside of areas where the dedicated bus lanes are located. For instance, more tickets were written (as of March 21) for blocking bus stops on W. 36th Street in Hampden (118) than for bus lane or stop violations on all of Fayette Street (20).

This year, DOT wrote 35 bus lane/bus stop violations on Baltimore Street and 38 citations on St. Paul Street–but many of the latter were written in Old Goucher, not downtown.

While blocking the bus lanes is a towable offense, it’s unclear whether DOT uses towing as an enforcement strategy.

One way to make bus lane enforcement easier is by installing front-facing cameras on buses themselves. The cameras take photos of car license plates, police review the footage later and send violators tickets.

Other cities are embracing bus camera enforcement, but it does have substantial up-front costs.

Senator Jill P. Carter sponsored a bill this session, Senate Bill 837, that would have authorized putting bus cameras on MTA’s entire fleet. The fiscal note on Carter’s bill said the system would cost MTA about $8 million in fiscal year 2020 and about $585,000 a year to run thereafter. Carter withdrew the bill after an unfavorable committee report. City Councilman Ryan Dorsey, who represents the 3rd District and has said he would like to see dedicated bus lanes all over the Baltimore, supported the bill.

“It’s crucial that we authorize automated enforcement in Maryland because there’s really no other way to do bus lane enforcement well. Manual enforcement (i.e., by police officers) is extremely cumbersome, expensive, and not very effective,” Dorsey said in an email. He said he hopes to work with legislators and advocates to bring similar legislation back next year.

DOT is also supportive of camera enforcement. “We are working with MTA to explore new technology to help with enforcement—at this point the only truly effective proven technology is cameras on buses,” DOT Director Michelle Pourciau said in a statement.

An additional challenge to bus lane enforcement in Baltimore is the condition of the lanes themselves. Some lanes have held up well, while others have faded or deteriorated to the point where they are illegible.

One extreme example: a block-long portion of the Baltimore Street bus lane between Eutaw and Howard streets has worn away completely since its installation. (It is still listed as a curbside bus lane on MTA’s maps and street signs.) This is located a block or so from the Royal Farms Arena, a major transit hub.

Who is responsible for the dedicated bus lanes’ upkeep? That’s not exactly clear.

MTA and DOT are in still in the process of signing a maintenance agreement, according to Battisti.

“Working in partnership with Baltimore City, we are in the final stages of developing that agreement and expect to have it complete in the next few months,” she said.

If Lewis’ bill passes, it will take effect June 1 and require a report to the General Assembly by the end of this year. 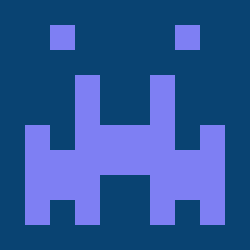