University of Baltimore MFA student Terri Steel sees her loving family like any other, even if plenty of people stop and stare.

Other kids called us the Oreo cookie. It was the 1970s and there was no such thing as political correctness. Sheila, Shirley and I enjoyed being the cookie, or at least that’s what I believed. I never considered that perhaps it was because of my position in the shiny white center. Names like Fat Janet and Retarded Betty were common in my neighborhood. One of my favorite Saturday morning cartoons featured Bill Cosby’s voice as the lead; it was called “Fat Albert.”

Our neighborhood was white. I grew up in a household where anyone who was not Irish-Catholic, like my father, or hailing from the south, like my mother, was seen as an outsider—Jewish and black people especially. Mom spoke longingly about the family plantation lost with the Civil War and proudly hung a framed copy of the 10 dollar Confederate bill found in one of my grandmother’s old books, along with a certificate of induction into the Ladies of the Confederacy.

“Let me tell you something, honey,” she would lament, ”they did those people wrong. Lots of black folk didn’t have any idea how to care for themselves.”

I heard my parents’ disgust when they spoke about how “the blacks” had ruined Baltimore, how terrible it was they couldn’t even feel safe in a city that was once theirs–how people used to sleep on hot August nights in Druid Hill Park and not have to worry about a thing. And then I would go to school and hang out with Sheila and Shirley, who just happened to be black, bussed in from a neighboring community.

They were part of a handful of black students in a predominantly white school who tried to ignore the racial slurs whispered behind their backs. I never understood what all the fuss was about. Sheila and Shirley were twins. They flanked me as we sashayed down middle school halls and talked me into entering their dance show.

When my parents divorced, I was sent to live with my Aunt Kitty and bussed into a black school. On the first day, my aunt wouldn’t even get out of the car to walk me in the building, leaving me to figure things out on my own. I walked inside the looming doors filled with apprehension and tried to ignore the same hushed whispers Sheila and Shirley had suffered, joining the small choir of white kids that huddled together for solidarity. We boarded the Baltimore MTA buses an hour before scheduled pickup and sat outside in the cold stairwell school mornings to avoid confrontations with black students bent on letting us know we weren’t welcome. Now I was the other. Daily life became difficult. On my final day, midway into the school year, I was escorted into a classroom with a bunch of other white kids and told to wait. Something new was wrong.

“It’s the race riots,” one boy shrugged, “they happen this time every year.”

I pretended to be stoic, but my voice quivered and I pleaded for a pass to the office, so as to be excused early. It didn’t work. Not only did I not get released early, but I was accosted by an angry black male student and tripped by another running back to safety as a girl who reminded me of my friend Shirley averted her sad eyes. When the end of the day bell rang, we were all told to head home, but I had lingered too long. The white skirt I wore on that bus was blue once I exited, marked with broken ink pens from hands that wanted to cross out my whiteness.

I couldn’t blame them. I saw things in that school I had never seen before out in the safety of the county. Handmade weapons were sewn into jean jackets; desks, books, teachers and even parents were worn down to threads. Hope seemed so distant that I wondered if it existed at all and I was only a few months in. I thought about Sheila and Shirley and how I giggled at our Oreo cookie nickname, and wondered if they had laughed along because they felt they had to. What part had I played, really? Yes, I had argued with my family about their racist ways. I knew it was ignorance I was hearing. I had defended my beliefs that everyone was equal, but I did so from the comfort of my white skin. My view was skewed. I now know just how much.

When I married my husband, who just happens to be Jewish, both of my parents warned me about entering into the unknown. This being my third husband, I wasn’t sure if they had noticed there might not be any more unknown left… The next year our daughter was born and became even more determined to break down barriers, celebrating all the holidays we could name. After moving from Baltimore County close to the place where I was raised, my son came home from his first day of school distraught.

“There’s something wrong in my school. There are no black people,” he said.

“Yes there are; your teacher is black.” I refuted.

“Yeah, but she doesn’t count.”

He was right. I hadn’t noticed, but I was glad he had and as he got older, I moved my family back to Baltimore and the diversity we wanted.

These days I am a grandmother to three beautiful, mixed-raced grandchildren with a fourth on the way. Their skins range in lovely shades of mocha. Sometimes, in the heat of summer when I am my most tan, my arms are a shade darker than the oldest, a girl. Their mother is an eloquent soul, a caring, devoted wife and mother. I couldn’t be more proud. Sometimes, when I look around my holiday table at all of the smiling faces and listen to the sounds of love and joy, I could swear that the past is behind us, that I have nothing to fear for their future, but then I am contradicted. A black boy is shot because he wore a hoody. The “helpful” white citizen goes free. Another black youth receives six bullets before the white police officer feels safe. People march, traffic snarls, hands are held high and voices ring out, because we are still stuck.

When I hear of these atrocities, I would like to say I am shocked, but then I think about our family beach vacation at a predominantly white resort and the stares I tried to ignore as I lifted my grandson onto his first amusement ride. I can’t seem to erase the sidelong glance from the white man holding his wife’s hand a little tighter… Sometimes our family is rewarded for being mixed. Pulling up to a drive-thru window, we see unexpected glee from a black employee when she notices my grand-kids’ skin tones match her own. And often I hear how very beautiful our blended family is, but what is also consistent with all of the behavior is that people let us know how different we are. It seems we’re the only ones that don’t notice.

With all the news concerning racism and the violence surrounding it, it is hard not to feel defeated, not to feel as if hope is distant. Then my youngest grandson does the unthinkable. He is born on Billy Graham’s birthday. We call him our little monk. At a family celebration, he reaches across the table to my father and raises his arms high, letting out a squeal of delight. My father, the racist, the cranky, old stuck-in-his-ways man, is humbled. At his age, movement does not come easily, but he gets into position, shimmying a little closer until his head butts up against the baby. The room goes quiet as we watch them bond. They are miles apart and so very close at the same time, just a great-grandfather and his great-grandson. The same blood, the same breath, the same love.

It is the picture of hope.

Memoirist Terri Steel is an MFA student at the University of Baltimore. A mother of three–and grandmother of three–she currently teaches English at CCBC and is pleased to have more of her work published in the Baltimore Fishbowl. 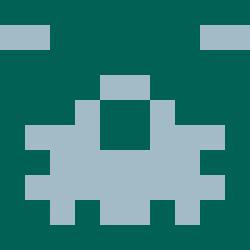