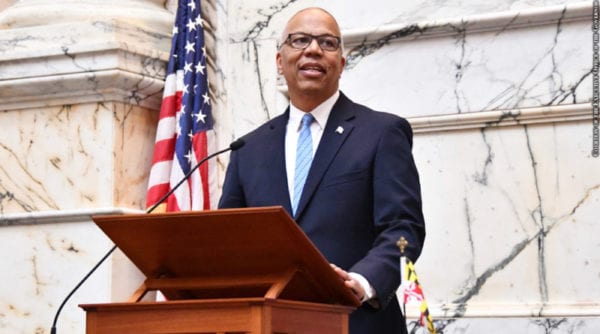 Though the 2026 FIFA World Cup is six years off, Maryland officials are making their pitch to bring soccer’s biggest tournament to the Old Line State. A team spearheaded by Maryland Sports executive director Terry Hasseltine and Lt. Gov. Boyd Rutherford presented its bid to FIFA officials July 20, seeking to secure Baltimore as one of the American host cities during the tournament.

“It is something that would bring a lot of benefits to the area, Baltimore in particular, and I think it [would be] a game-changer for the city,” Rutherford said on Glenn Clark Radio Aug. 4.

The United States was named co-host of the 2026 World Cup in June 2018 along with Canada and Mexico. It will be the second time the U.S. has hosted the competition, with the first coming in 1994. The 2026 tournament will be the first to feature 48 teams, up from the 32 clubs standard since 1998.

Seventeen American cities are vying to host matches, of which 10 will be selected. Canada and Mexico will each have three host sites — Edmonton, Montreal and Toronto north of the border, and Guadalajara, Mexico City and Monterrey south of the border.

For Rutherford, Baltimore’s biggest advantage is M&T Bank Stadium. It has hosted several soccer matches before — most recently in the 2015 CONCACAF Gold Cup — and is located in the city’s downtown, close to hotels, public transit and attractions. But beyond that, the Republican said he believes bringing games to Baltimore will help grow the sport in the area.

“If FIFA’s looking to have an impact on a community, on a city, I think coming to Baltimore brings people and revenue but also increases awareness for the sport,” Rutherford said. “We already have some 70,000 kids in the state that are playing youth soccer … and I think [the World Cup will] further bring the game into prominence in this part of the Mid-Atlantic.”