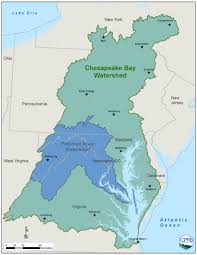 The states of Maryland, Pennsylvania and Virginia, along with the National Trust for Historic Preservation, the National Park Service Chesapeake Bay and the Chesapeake Conservation Partnership will collaborate to map and identify sites and landscapes in the Chesapeake Bay watershed region significant to African American history and culture. The project will map the sites to support their conservation and to enable the states to consider them in their land use and development plans.

The project will also be guided by an advisory committee of professionals dedicated to preserving African American history with a common goal of telling a fuller American story.

As home to some of America’s first colonies, the Chesapeake Bay watershed region is known to have a significant historic meaning. Major tobacco plantations were located there, as were many stops on the Underground Railroad. Harriet Tubman and Frederick Douglass and his first wife were enslaved in the watershed region, and it includes many battlegrounds of the Civil War, as well as places of notable activism in the 1960s Civil Rights Movement.

The National Park Service’s Chesapeake Bay Gateways Network provided the initial $200,000 funding for the project. Additional support, bringing the total project value to $400,000, will be provided by the Maryland Heritage Areas Authority, the Virginia Department of Historic Resources, the Pennsylvania Department of Conservation and Natural Resources’ Community Conservation Partnerships Program and the Pennsylvania Historical and Museum Commission, and by the National Trust’s African American Cultural Heritage Action Fund.