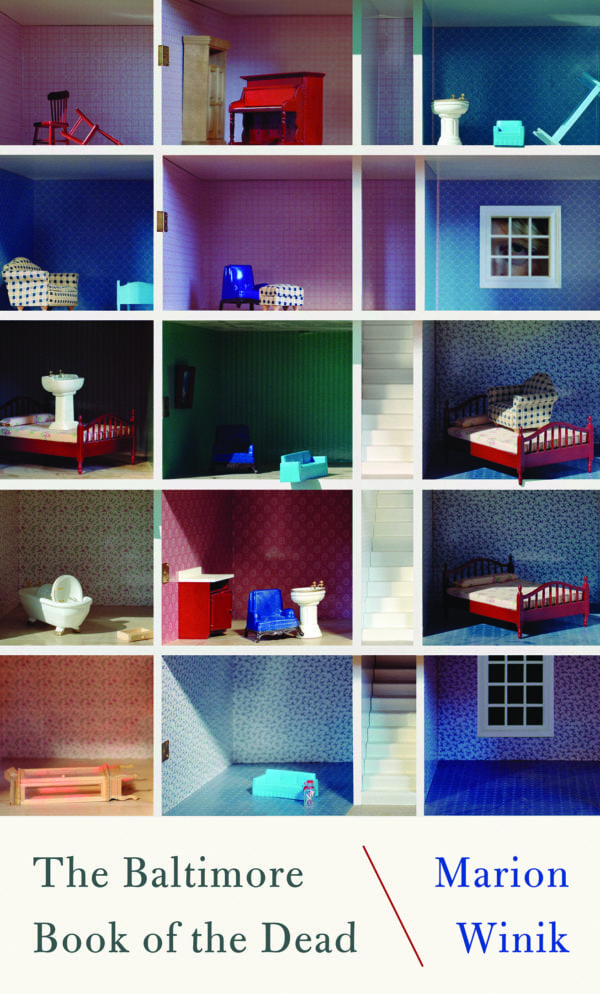 Good news: A couple of days before Christmas I received word that Counterpoint, the press that published The Glen Rock Book of the Dead in 2008, will bring out a companion volume in the late fall of 2018. Like its predecessor, The Baltimore Book of the Dead is named for the place where it is being composed and will contain about 60 brief portraits of people who have died, all who have crossed my path in one way or another. (While it will contain some allusions to the terrible violence we have suffered in the city in recent years, it will not be the focus of the book.) I could not be happier about this much-wished-for turn of events and have spent the past two and a half months traveling in the world of the departed. Now I will spend several more.

Glen Rock was written during the year of my mother’s final illness. She helped me out a lot with research for and background on many of the pieces, and though I knew she was dying I was absolutely opposed  to including her in the book, almost as if that thought would have mystical power to keep her alive. Ten years later, this second book begins with her, “The Alpha,” and adds people who died between 2008 and the present, with a special emphasis on Baltimore connections. Some of them, like the second one below, have their roots in this column.

Anyone who was at Camp Nawita in the late 1930s can tell you, she was queen of the baseball diamond. The tennis court, the hockey field, the horseshoe pitch and the lake. Too bad she beat Title IX by forty years. It wasn’t exactly the heyday of female business majors, either, nor women in the workplace, and for a really bad idea, try sending a young woman on a business trip by herself, wedding ring or no. Enough already. She got pregnant, moved to the Shore, took up golf and gin. She won her first Club Championship in 1966, just as I began my poetry career. I raced into the dining room where she was drinking her martini, ode in hand. She had a bad lie in the weeds of sixteen/ Ere she lofted and landed her ball on the green. Now I haven’t set eyes on that golf club in ten years and when they say everything is different, I believe them.

Everyone’s mother is mythological: her body the origin of existence and consciousness, her house the pimped-out crib of Zeus, her mistakes the cause of everything. Holy her rose bushes, holy her blackjack system, her London broil holy. My mother, the godhead of 7 Dwight Drive, rose daily from her bed to quaff her Tropicana orange juice and slay the New York Times crossword puzzle. She survived a difficult childhood, my father’s hi-jinks, two heart attacks, non-Hodgkins lymphoma, surgery for diverticulosis, and the many poor decisions and inappropriate outfits of her daughters. She certainly did not believe a clot in her lung could bring her down, that smoking for sixty-five years would actually cause lung cancer, or that lung cancer was definitely fatal. The last thing she did before she took to her bed was win a golf tournament. Clearly, the subprime crisis, the market crash, Hurricane Sandy, and even Donald Trump were biding their time until she was out of the way.

And then she was. Imagine Persephone coming up from hell and Demeter not there. Strange cars in the driveway, the rose bushes skeletons. You stand there at first, uncomprehending, your poem in your hand. Then you go somewhere, call it home. Call it spring.

The first time I saw him, 1999 was far in the future and we were as bad as we would ever be. My sister and Steve, Tony and me, high as kites at Radio City Music Hall, in our terrible eighties clothes and our big pink hair. He sang International Lover from a flying bed. When it was over, we found the car sitting right where we’d parked it on Fifth Avenue, despite having left the keys dangling in the door.

The next time I saw him was again with my sister. It was the new millennium and our luck had flip-flopped several times: both the boys from the first scene were long dead and she had ten years clean. We were with our third and second husbands in the very last row of the Meadowlands. He was far away, a 5’2” vegan Jehovah’s Witness from Minneapolis with a genius as big as the moon.

The last time I saw him was shortly after the Baltimore uprising when he gave a concert for peace on Mother’s Day. As if I knew it was my last chance, I paid $1000 for my daughter and me to sit in the third row. The fog machine started blowing, the purple lights lit and then they poured out one after another, the top ten on my subconscious jukebox. The swelling, melancholy chords of Little Red Corvette, the skittering riff that starts When Doves Cry. Ten thousand voices singing You, I would die for you, and it felt like something good could happen in this maddened city. I was bent over, sobbing. Mom, said my daughter. Watch the show.

I was so proud to have been born in the same year as him. Prince, Madonna, Keith Haring, Michael Jackson and me, I used to say. Now Madonna and I are holding down the fort. I could not believe he died of an overdose until the autopsy came out. The original straight-edge, taken down by shattered hips and platform shoes. He saw it coming, had called a doctor who was on the way to take him to rehab. For weeks, I couldn’t stop searching for articles about it, as if one might have a different ending.

Perhaps you don’t think of Baltimore as a world capital of classical music, but it is home to a fine symphony and many smaller ensembles, fed by a conservatory of some renown. For 150 years, the Peabody Institute has drawn young musicians to a city they’ve barely heard of, which turns out to be an easy place to stick around. This is how two curly-headed boys, French horn players from South Carolina, ended up here, sharing an apartment with a view of the skateboard park. The younger one, a radiant free spirit, became friends with my son, and their love of music was not the only thing they had in common. Both were little brothers, but my son was one year older, so considered himself the big brother in this pair. He took the young French horn player under his wing. Many long nights turned to dawn as they rocked on the porch of the apartment, like old farmers with tall tales and big schemes.

Then the boy got sick, a nasty throat infection that led to the removal of his tonsils. These days, a tonsillectomy is an outpatient procedure, 45 minutes under anesthesia, a few hours for observation, then off you go with your antibiotics and pain medication. I was surprised to hear this, having spent days in the hospital eating lime Jello back in 1965, and I will not be able to tell you what happened next because all we know is that when the older brother got home from work, the boy lay dead in his room. How can that be? Every person who loved this boy, among them my son, wondered why they hadn’t been with him that day. It would have been so easy. It would have been their pleasure.

The boy was buried in the foothills of Mount Catoctin, in Frederick, Maryland. A quartet of young French horn players in their concert suits played Mahler, then his brother played an arrangement of “You Are My Sunshine” on a single horn. The notes leapt into the sky. The sun, that oldest patron of the arts, came out from behind the clouds to hear.