Baltimore writer Danielle Ariano tells a complex story of coming out to her family…but sometimes shrinking back in.

“You can’t tell your grandfather,” my mother said to me on one of my visits home.

We were sitting in the den watching TV. In recent months I’d started to consider the possibility of coming out to my extended family. I looked at her.

“He just wouldn’t understand,” she continued.

I knew that she was probably right. My grandfather was the same man who spray-painted the faces of his choir boy Christmas decorations, changing their skin color from a rich shade of chocolate brown to a creepy tone of pale peach; the same man who sometimes referred to gays as “fruits,” but he loved me fiercely and I didn’t think that the news would change the way he felt. In fact, part of me thought that such a challenge to his system of beliefs might just cause him to rethink them.

I sat in silence for a moment, mulling over her request. I was annoyed and hurt. Up until that point, I’d convinced myself that I kept my sexuality a secret out of “respect” for my parents—figuring that they’d tell the rest of the family when they were ready, but ultimately, I’d always felt that the choice was mine. Now my mother was overtly inserting herself and her wishes into the decision.

“Fine,” I said, “I’ll keep it to myself, but if Kelli and I decide to have kids, the truth is going to have to come out. I mean, that’s just how it’s gonna be.”

She nodded her head and sat quietly for a moment. The volume on the TV was low, but the images continued in a steady stream, casting light in the dim room.

“You want kids?” she asked.

I shot her an angry look. I expected her to follow the question with a laundry list of reasons that this wouldn’t be a good idea, but when I looked at her I saw that she was trying to stifle a smile. There was a hopeful glint in her eye.

I figured that even if telling my grandfather was off the table for the time being, at least the rest of the family was still fair game, which was a good thing. When it came to my extended family, my sexuality was starting to feel like an elephant in the room; only the elephant was sitting on me. When I brought girlfriends to holiday parties, there was always the dilemma of how to introduce them. I’d struggled with this since the first time. After some thought, I decided to go the route of simply introducing said girlfriend by name, with no qualifier whatsoever.

“Uncle Jim, this is Kelli,” I’d say, leaving him to wonder why I was bringing this woman along with me for Thanksgiving dinner. Had she no family of her own? Usually, a few awkward questions would follow my vague introductions—thinly veiled attempts on the part of my relatives to find out what the story was with this tagalong.

“Where are you from? Oh, Ohio? That must be a far drive?”

I knew it was awkward, but I felt that I had no alternative. I absolutely refused to use the classic lesbian code words like “friend” or “roommate,” yet I couldn’t bring myself to use the word girlfriend or partner either.

At one Thanksgiving, my father’s cousin-in-law, Gene, began rounding everybody up for the annual family picture. Usually Gene took a few shots, then set the timer and ran into the frame so that we could have at least one photo of the entire family, but that year Gene looked at Kelli and asked if she would take the picture.

This wouldn’t have been so bad if it wasn’t for the fact that two of Gene’s sons had girlfriends with them who were, of course, included in the shot. I was too stunned to respond, so I stood with a fake smile plastered on my face as we all squished together, scooting and bending and making sure you could see my great Aunt Phyllis, who shrank a little more each year.

For a few days afterwards, I was furious with Gene until it dawned on me that my ambiguity was at least partly responsible for the scenario. I realized that if I had been able to introduce Kelli as my partner, Gene probably wouldn’t have asked her to take the family photo, but the vague manner in which I’d chosen to introduce her left everybody in an uncomfortable limbo. Were they supposed to assume that Kelli and I were more than friends even though I refused to acknowledge it? What if they presumed that I was gay and they were wrong?

After that incident, I swore that I would never put myself in this position again. If someone was going to treat me differently, I wanted to be able to say clearly one way or another whether it was due to my sexuality. I spent the next few days writing out Christmas cards to different members of my family explaining that I was gay and that Kelli was my partner. When I was done I stacked them in a pile on my desk where they sat for a few months before I put them in my drawer and forgot about them.

As much as I liked to tell myself that I kept quiet about things out of “respect” for my parents, the truth was, I wasn’t comfortable enough with my sexuality to drop the cards in the mail. I found them years later after Kelli and I had split up and threw them in the recycling bin. Ashes to ashes or something like that.

Eventually, over a period of years, I told some of my family—cousins and aunts with whom I was close enough to have a personal conversation. My grandfather died before anyone could tell him. I left the rest up to my parents’ discretion.

It took a few years before my mother started telling people. Once she finally started, she realized that most people already knew and had been waiting for her to break the silence.

“Danielle is gay,” she confided to her closest cousin—a woman I grew up calling Aunt Bern.

This scenario played out over and over. People knew and were waiting for my mother to tell them so that they could stop acting like they didn’t know. My mother seemed to be perpetually surprised by this. She would call me and tell me.

“They already knew!” she’d say every time and I’d laugh to myself at her reaction.

It felt good to hear the stories, to know that my parents had become comfortable enough with my sexuality to share it with others. I’d often wondered what my mom and dad said when people asked about me: was I seeing anyone, was I married. I’d always imagined my mother stumbling through these conversations, saying something about how I hadn’t found “the one” yet and then trying desperately and nonchalantly to change the subject. Of course, I never asked either of them how they responded to these questions because I had a strong suspicion that they lied rather than admitted the truth. Knowing that would’ve hurt me more than I cared to admit.

At some point in this years long process, I realized that my parents were going through their own “coming out,” and it wasn’t a whole lot different from my own. This made it easier to be patient with them and the manner in which they chose to disclose the fact that they had a gay daughter.

Last year, at yet another Thanksgiving gathering, just after I’d gotten engaged to my wife, Lindsay, my mother leaned over and whispered to me during dinner.

“Is it okay if I tell everybody your news?” she asked.

I felt a lump form in my throat. My mother had come so far. She was so proud, so happy, and she didn’t care who at that table disagreed with the idea of gays getting married, and I felt certain that there were at least a few.

I shifted in my seat.

“I don’t know how Lindsay would feel about that,” I said, which was a complete lie. I knew exactly how she would feel about it: She would hate it, hate the stares and the attention. But this wasn’t the reason I didn’t want an announcement made. The actual reason was that I was uncomfortable. Even after all this time, I harbored a tiny island of shame inside of me. It lived there floating around, its edges scraping up against my insides, pushing words down that someone else, someone straight or unashamed, would not hesitate to say. I wondered whether it would always be there.

I looked over at my mother who looked confused.

“Let’s not,” I said, hoping that one day I would feel as proud as she did.

Danielle Ariano is a writer by night and a cabinetmaker by day. She holds an M.F.A in Creative Nonfiction from the University of Baltimore. Her work has also appeared in The Huffington Post, the light ekphrastic and Rufuos City Review. 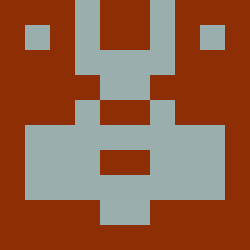