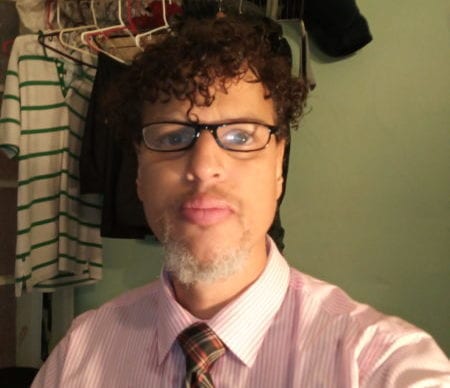 The third in a series of questionnaires answered by candidates for the Democratic nomination for mayor.

Property manager Erik Powery says he is running for mayor to improve Baltimore’s schools and increase opportunities for the city’s young people.

We have to help residents by ensuring that they can feed their family. So we have to educate residents on all emergency services available. I will go to Washington to lobby for more assistance for our most vulnerable residents.

2. Baltimore mayors have grappled with the city’s violent crime for years, and since 2015, the annual homicide rate has surpassed 300 people killed. Why is your plan the best to solve violent crime in the city

Pastor White lives across the street from me. He has done great work in the community. We need all hands on deck: religious leaders, activists and youth leaders. I will have a Youth Administration under me: Youth Mayor, Youth Chief of Staff, Youth Director of Public Safety and Youth Peacekeeper. I will pay them $20 per hour to learn how city government works. They will be aspirational figures. Their friends will be inspired to more. My youth just have to make a pledge that they want to raise families in Baltimore.

Personally, I take BaltimoreLink, and all the rails including MARC and Amtrak. The transportation system is fair. We have to boost morale with bus drivers so they take their duty more seriously. I will quarterly test the bus schedules to see if the times are accurate. We should have a circulation that takes you from West Baltimore, to Balt-Penn, to the light rail, back to West Baltimore. New concrete sidewalks.

We, with laser focus, will get Northeast Baltimore up to speed. They need a decent supermarket and a bank. People will start moving in from all over the world if they even see the slightest commitment from us. These neighborhoods have been divested from, so this is why population declines. Residents say, “If you don’t care about me and mine, then I don’t care.” We also need a Circulator in Northeast Baltimore. The most affluent residents got clean Circulators running constantly. I will have a beautiful #RebrandBaltimore campaign with beautiful ads from the best and brightest advertising agencies in Baltimore. We will reach at least 99 percent by 2030.

8. The Maryland General Assembly passed a bill to build new facilities at Pimlico Race Course and Laurel Park, and the bill is now awaiting Gov. Larry Hogan’s signature. Aside from keeping the Preakness Stakes in Baltimore, what, if anything, should the city push for when the new Pimlico is being developed?

To use the development for more events. The Preakness alone is not enough to justify the loss of revenue annually. How many new residents has the Preakness helped bring here? Very little. This area is not even a good representation of Baltimore.

Well I was there. I live in Coppin Heights. We should learn that if Freddie Gray had a career like most white 25-year-olds, he would not have been living in the projects and you can connect the dots. The BPD would have had a better relationship with the residents if they saw humanity in them. We must expand free vocational college.

There is an urban renaissance. But these white contractors from up north are going to #RebuildBaltimore, while indigenous residents end up in Carroll or Frederick counties or somewhere. Poor with less resources and assistance. I am Erik Powery, and I approve this message.