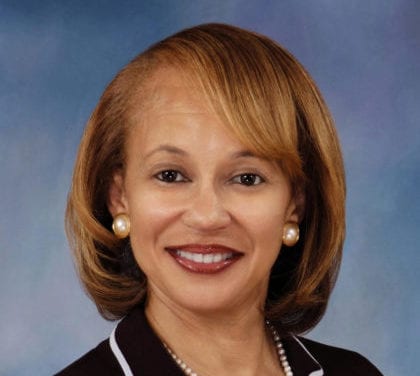 The first in a series of questionnaires answered by candidates for the Democratic nomination for mayor.

Valerie Cunningham has worked in various roles in the federal correctional system, Baltimore City and Prince George’s County’s court systems, and Sen. Chris Van Hollen’s office. Cunningham earned a master’s degree in criminal justice from the University of Baltimore and a bachelor’s degree in broadcast journalism from Troy State University. She also holds real estate licenses in Maryland and Alabama.

COVID-19 has served to exacerbate the alarming reality many suffer in Baltimore; poverty at its zenith, poor housing, poor healthcare and unemployment. My administration will create partnerships with effective nonprofits to address the ills described above. My administration will also create a brain trust using the expertise of the universities in Baltimore City, John Hopkins, University of Maryland, University of Baltimore, Morgan State, Coppin State and Loyola, to develop a long term plan to address systemic problems of poverty, crime, healthcare disparities and homelessness.

I am a seasoned criminal justice professional having served 20 years as a federal law enforcement officer.

My plan is multifaceted, and includes components that address poverty, unemployment, education, mental health and ethical governance. I am a leader Baltimore can believe in.

3. The current mayor and police commissioner say the Baltimore Police Department’s plan to curb violent crime is working, and yet homicides in 2020 are near the same level as 2019. Do you feel the plan is working?

No, as evidenced by the rate of violent crime in Baltimore City, the plan is not working.

I would focus on the areas outlined in the 2018 Regional Transportation Report which are described below.

It has been said and portrayed in the news that the “Squeegee Kid” debate is about marginalized and underserved youth. Accordingly, I will have an educational plan that will train and prepare these youth to take well paying jobs.

My strategy relies wholly on ethical governance. I will get buy-in from all of Baltimore to reduce crime and increase quality education. These are the only avenues that will allow the creation of healthy neighborhoods. By wiping out pay-to-play politics and cronyism, we will cultivate an economy that thrives and an educational system that works throughout the city.

Yes, the city should be concerned. My administration will create the healthy neighborhoods described earlier to attract corporations. In addition to reducing crime and increasing educational opportunities, my administration will push for incentives for businesses to move into the city. The incentives however, will come with an understanding that there is a shared vision and commitment to Baltimore and the vitality of all of her citizens.

The city should advocate for an inclusionary model that will benefit minority/women and small businesses. Additionally, my administration will push for jobs for the citizens of Baltimore.

I learned that we need leadership in City Hall that can relate to all of the citizens of Baltimore and not just affluent Baltimore. We must be proactive in addressing the needs of the forgotten majority. I learned that there remains a disconnect between the police department and the citizens. Not enough has been done to shore up the trust of the citizens for the police. Regrettably, there are countless numbers of criminal convictions of former police commissioners, police officers, as well as, elected officials that continue to undermine public trust. If the city is to change, there has to be a changing of the guard. That is why I am running for mayor. We cannot expect that current or previous elected officials will change the conditions that have existed in Baltimore for decades. I am a change agent and possess the skills and temperament necessary to affect meaningful change in Baltimore.