Another in our series of interviews with Baltimore’s policy makers, old and new, about how best to address poverty in Baltimore.

Frederick Barton “Bart” Harvey III, former chairman and CEO of Enterprise Community Partners, has been forging a path out of poverty for low-income families through affordable, decent housing for decades.  After graduating from Harvard University and Harvard Business School, the Gilman alum (class of ’67) spent ten years on Wall Street in corporate finance with Dean Witter.  In 1984, he took a six-month sabbatical to work with Jim Rouse, volunteering with the Enterprise Foundation. He took a job at the foundation and never looked back.

Today he is recognized as a leader in national housing policy.  With his mentor Rouse, Harvey helped create the Low-Income Housing Tax Credit, which provides financing for affordable rental homes, and he led Enterprise’s launch of the Green Communities initiative – a green building program for low-income housing.

With Harvey at the helm, Enterprise invested millions of dollars in the Sandtown-Winchester neighborhood where Freddie Gray grew up and was arrested. Results of the efforts have been mixed.

Since his retirement from Enterprise in 2008, Bart has served on the board of directors at Fannie Mae and currently presides as the chairman of the board of Calvert Social Investment Foundation.  He lives in Baltimore city with his family.

Baltimore’s leaders have been working on these issues for decades.  What has your role been?

Starting in the mid 1980s, Enterprise Foundation and Enterprise Social Investment Corporation have been collaborating with developers, civic and religious leaders, community development nonprofits, and elected officials to achieve urban renewal in Baltimore.  Enterprise’s goal has been to create better housing for Baltimore’s low and very low-income citizens by providing financing, expertise and a strong voice in the city.  Using the principle of helping the underserved help themselves, we tried to create opportunities for individuals to achieve safe, secure, affordable housing for themselves through creative financing and business models. Leveraging public funds with private funds, and working with inner-city nonprofits, we raised over $10 billion in private sector equity and grants to help produce over 250,000 homes across the country for low and very low-income households including homeless and special needs housing.

In Baltimore specifically, we partnered with over a dozen community development groups with the goal of building better communities through affordable, decent housing, schools that work, and reduced crime.  In Sandtown-Winchester alone, The Enterprise Foundation built directly or helped sponsor about 550 homes with an investment of about $58 million.  Those homes are still there, creating a solid housing base in the neighborhood.  Additionally, working with the schools in that neighborhood, we were able to make great improvements, changing their ranking from third worst in the state of Maryland to within the top one-third in the state.  We instituted a program for learning at home with a parent-child education model, called the HIPPY model, which strengthens the child’s chance of educational success by improving the educational strength of the parents.  We also focused on substance abuse with pregnant mothers, advancing peer education for better effectiveness.

Why do you think we are still so behind?

In whole areas of the city we are still suffering because of poor education, limited choices and a vibrant drug trade.  We need to create jobs in general, but especially for ex-offenders because their opportunities after incarceration are really limited, making the drug trade their option of last resort.

When you think of Enterprise Foundation and Community Partners, what makes you most proud?

Enterprise had great success in urban renewal in New York.  We effected change in all five boroughs of New York. Where blocks of houses were once burning in the 1960s, there are now vibrant communities; the change is marked and systemic. The [New York] city and [New York]  state devoted significant resources in combination with an array of nonprofit community development corporations in every borough and with the oversight of Enterprise and LISC tackled the poorest communities. Innovation upon innovation followed and with adequate resources and patience, whole areas changed.

We were able to partner with great city leadership, concentrate private, city and state resources, and make real change in housing, education, and crime reduction.  Leaders in Baltimore asked if our work in New York could be replicated here in Baltimore, but many of the key elements for success are missing.  It would be great to see the same success here in Baltimore, but we will need to see changes in policy, more resources and a commitment from leadership for that to happen.

Where should we look for relief:  business or government?

The East Baltimore Development Initiative is the best thing happening in Baltimore right now. Its focus is on revitalizing, re-energizing and rebuilding the East Baltimore neighborhood around Hopkins Hospital.  It hopes to capitalize on the economic opportunities presented by its neighbor, the medical complex that employs students, residents, professionals, and attracts faculty from all over the country and world.  The construction associated with the development creates jobs for local residents, and new housing will attract young professionals to come and stay.  EBDI draws support from public and private partners, government, and local foundations, and seeks to build over 2,000 units of mixed-income homes and apartments, 1.7 million square feet of life sciences research and office space, a new community learning campus with childcare, a public elementary school, and grocery stores and parks.  Over the next 20 years, EBDI projects expenditures of approximately $1.8 billion in public and private investment, with approximately $650 million invested to date.

Both private industry and government play a role in the success of these efforts, and we must be cautious not to let politics or the scale of the project interfere.  The project will also have to address the challenges of funding streams and sustainability.

Do you think the arrest of Freddie Gray and the aftermath have brought much needed attention to the lingering, hard-to-solve problems we face?

The protests after Freddie Gray’s death have hurt Baltimore’s reputation and our ability to draw talented youth and professionals.  The media’s portrayal of the demonstrations created the impression that much more damage occurred than actually did.  In terms of physical damage to the Sandtown-Winchester area, the residential structures are largely unharmed by the protests.  However, the protests are a symptom of much larger problems here in Baltimore, and a sign of change that is occurring.  Our community is coming apart, and we cannot ignore the problems.

The police are only a contact point between law and order and utter despair, rich and poor, and a sense of hopelessness. Neither the inner city communities nor the richer surrounding communities understand each other, trust each other or have a common vision.

What next?  What are your thoughts about how we try to make change moving forward?

We have been missing an opportunity around what’s important in our society.  There is a practical element to investing in the city:  self-interest.  We must act for social change because it is the right thing to do, but also because it is good for ourselves.

Part of our focus must be on jobs.  There is a dignity that comes with work, and we need to make sure there are enough jobs with decent wages that permit our citizens to create sustainable living situations.  In the past, Baltimore could rely on its port, the railroad system, and Bethlehem Steel and other heavy industries to provide entry-level jobs, which could support and advance a family, a provided a common vision of playing by the rules and “making it in this city.”  Those jobs have mostly disappeared, but the people who used to have them are still here.  Maryland is a very wealthy state, but Baltimore is not a rich city.  We need a transformation in our city employment profiles, so that the entry-level jobs are not just with the ‘eds and meds’ (schools and hospitals).  Part of this challenge is to get our citizens job ready, with sufficient education so that they are ready to get the training they need to be successful employees.

EBDI is a vision of the future here with connection between residents and a new community which will be safer and have more connections to jobs at Hopkins Hospital, better access to good local food, a mixed income community that isn’t exclusionary, and better local schools with connection to Hopkins University, and more connection between the research at Hopkins Hospital and health care companies with office space next door for commercialization of new inventions or cures. It is fraught with complications and misunderstandings, but is the right way to proceed in an area where once there was no hope.

Do not forget all the small victories that individual nonprofit groups have accomplished, like McVet, founded by an African/American Colonel who saw a vet he fought with on the street and said “this guy fought well for his country and needs another chance.” Instead of retirement, he set about to create from scratch the most successful rehabilitation center for vets in the U.S. Enterprise got involved to help him expand, build temporary living quarters, carry out his vision of vets off the street to clean and sober to working within a system and then having a job and reuniting with their families. We should also remember Chickie Grayson at Enterprise Homes who builds or rehabs for low-income households (almost all working adults), that get a better chance.  It will be a combination of the big and small that makes change occur.

We also have to focus on reducing crime.  This will only be easier with more accessible jobs.  If the focus remains on the residents of Baltimore, and what will improve their lives, everything around that focus will be authentic and helpful. 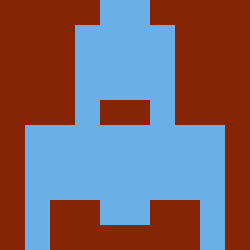