If you happen to live near Lexington Market down in Baltimore City, you may be a neighbor to rockstar eyewear designer Stevie Boi. Born Steven Strawder, this hometown boy designs radically artsy eyeglasses for high-end fashion designers and celebrities. Only 22, he created that famous pair of frames for everywhere-celeb, Lady Gaga, which you can see here. His pieces usually sell for $50 to $500, but he has been known to sell pricier designs, like a pure gold pair in Japanese Vogue for $55,000 — as reported in City Paper.

I have to be honest…I’d never heard of this guy before till recently. After reading about his rise to fame, I’m inspired. He’s my age and has already reached monumental success — makes me think, “Yeah, Kristin, you can do it.” Not sure what “it” is yet, but once I achieve it, I’m going to buy a pair of Boi shades.

Stevie Boi launched his career by first making grime music (a mix of punk, garage, and hip hop), and soon mobs of people noticed him on Myspace. From there, he made contacts at MTV and his popularity grew and grew. As he attempted to break into clothing design, Boi found himself interested in accessories and started constructing wacky glasses riddled with rhinestones and spikes…even syringes! Once a design has been finalized by hand, in the depths of his black-walled Baltimore studio, he sends away to get the glasses manufactured in New York and China.

City Paper found Boi at a Denny’s in Bel Air on Christmas Eve. Boi said his mother moved the family to Bel Air when he was 16. He also told the weekly that he plans on getting an apartment in New York this year, but will never give up his place in Baltimore. It’ll be a fun-filled back-and-forth, I’m sure. Here, again, according to CP, he loves the comfort of driving his own car through familiar streets; in NYC, he says he breaks out his platform shoes without a single reservation. 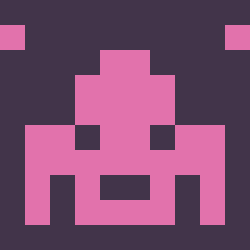