Last Saturday, The Howard Peters Rawlings Conservatory & Botanic Gardens of Baltimore was, as ever, full of well-maintained plantings inside and out. It was also full of families, two in particular: the Rawlings family and the Silber family.       Both families were there for the dedication of the newly renovated 1888 Orchid Room. No longer does the glass roof leak, and everything has been repaired and reglazed, thanks to the generosity of the Willard Hackerman family and the Sidney Silber family. Good friends since boyhood and classmates at Baltimore Polytechnic Institute, the two men each had long and successful careers in Baltimore. Hackerman was the CEO of Whiting-Turning Contracting Co., and Silber was president of Silber’s Bakery then later a real estate developer. The two, with their wives Lillian and Jean, became leading philanthropists, dying six months apart: Silber in August, 2013 and Hackerman in February, 2014.

After Silber’s death the Hackerman family, in cooperation with Jean Silber, and their children Douglas, Paul, and Janet made a generous gift in his memory to the Conservatory in Druid Hill Park. The park and the conservatory had served as playground and athletic field for Silber as a child. He grew up nearby on Monroe Street, living above the bakery with his parents and six siblings. Their backyard was filled with baking ovens.

The Conservatory and its gardens served as Sidney Silber’s childhood garden and the inspiration for the Baltimore County garden he and Jean developed into one of the finest in Maryland. Because orchids are among Jean’s favorite plants, the 1888 Orchid Room became the beneficiary of the families’ generosity.  

On October 8, Rawlings Conservatory Supervisor Kate Blom spoke of her long friendship with the Silbers beginning in her early work at Bluemount Nurseries.   Mayor Stephanie Rawlings-Blake spoke of the meaning of the conservatory to her father, the late Maryland delegate Howard Peters “Pete” Rawlings, and to her family. Also on hand were the Mayor’s mother, Dr. Nina Rawlings; her brother, Wendell Rawlings; her sister, Lisa Rawlings; and her aunts, Joan Cole and Rebecca Scott.

Garden enthusiasts and friends spotted at the celebration included Lisa Schroeder, CEO of Parks and People Foundation, members of the Horticultural Society of Maryland, and other Silber family members, including daughter-in-law, Debby Silber.   Jacqueline Caldwell, president of the Greater Mondawmin Coordinating Council and board member of Friends of the Rawlings Conservatory, also spoke, as did Doug Silber.  

A plaque was unveiled, the music of the Capra Quartet filled the Palm House, and the Michael Raitzk Trio played in the entrance pavilion. Family members and guests wandered the gardens and ogled the orchids at the end of a week-long Celebration of the Orchid at Baltimore’s elegant Victorian glass palace. 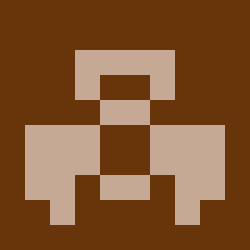