Courtesy Bmore Media – I’ve been writing for a number of years about food — from childhood reminiscences to rants about pet peeves. My life revolves around food and I know I’m not alone. There are others just like me waiting to hear about the perfect shrimp salad sandwich or German chocolate cake and it is for those folks as well as me that I write about food.

Opportunities for food-filled stories abound in our fair city and one has been on my mind since the freeCharm City Circulator buses started running. The concept: to put together a story on places to eat based on the stops of the new Charm City Circulator Banner Route. Now it is impossible for me to dine at all of the restaurants in one day or even a week but I considered myself Marco Polo setting out to create the culinary map for other adventurous diners.

Why? For a number of reasons; a culinary guide for tourist and locals; a hunt for the undiscovered food finds; and a cost effective and ecological way to travel downtown while filling your belly.

On July 4 I embarked on my adventure, which took me from the Inner Harbor to Fort McHenry. It was now my mission from the late legendary French chef Auguste Escoffier to let you know what culinary finds await on this new route.

With 100 degrees as the high for the day the purse was loaded with two bottled waters plus maps, notepad and a list of restaurants corresponding to the Banner Route stops. I was unsure what I would find since many areas of Baltimore were still without power since the June 29 derecho. 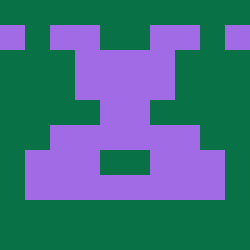