Nicholas Braswell is a former public defender now in private practice as a criminal and DUI defense attorney in Richmond, VA.

Last month, the Baltimore police officer charged with the most serious offenses stemming from the arrest and death of Freddie Gray was acquitted on all counts by Judge Barry Williams, who ruled that the state did not demonstrate that Caesar Goodson’s actions on that fateful day exceeded simple civil negligence.

The prosecution’s third consecutive failure to secure a conviction in cases related to the 2015 incident casts serious doubt as to whether the trials of four other officers will, in fact occur later this summer, as scheduled.

The prosecutors in Goodson’s case alleged that he subjected Gray to a so-called “rough ride” while transporting him from the arrest site, causing him to sustain serious and ultimately fatal spinal injuries as he rode unrestrained in a police van.

Judge Williams held that the state utterly failed to provide evidence of excessive speed, erratic or violent turns or any other dangerous actions which could have caused such profound harm.

Further, Williams found that there was no evidence presented to suggest that Goodson had any way of realizing the true seriousness of Gray’s condition or had actual knowledge of his dire need for medical help.

The Goodson acquittal represents the state’s third unsuccessful attempt to achieve a conviction in the Freddie Gray cases, after Officer Edward Nero was found not guilty of all charges, and the trial of William Porter ended in a hung jury and mistrial.

Given that many observers believed that the Goodson case was the state’s best chance to convict because he was the driver of the transport van in which Gray was injured, last week’s outcome calls into question the wisdom and fairness of persisting in the prosecution of the remaining officers.

In a bombshell revelation, the Baltimore Sun has reported that the lead police detective in the Gray investigation is now alleging that in the days prior to indictment of the six officers, she read to grand jurors what she deemed a misleading evidence summary which was provided to her by the prosecutors, a highly unusual practice in and of itself.

Within hours of doing so, the officers were indicted and Baltimore State’s Attorney Marilyn Mosby took to the microphone to announce what many argue was an inflammatory rush to judgment based less on facts than on a desire to dampen the looting, rioting and protesting that had engulfed the city following Gray’s death.

Taken together, the circumstances surrounding the grand jury presentation as well as Mosby’s global handling of the Freddie Gray case have prompted numerous calls for formal investigation of her conduct.

The Maryland Lawyer’s Rules of Professional Conduct clearly state that a prosecutor must not pursue a charge that he or she knows is not supported by probable cause, and given the extraordinarily weak evidence subsequently presented at trial and the complete absence of convictions thus far, further inquiry into the propriety of Mosby’s official actions appears likely.

Despite attaining national notoriety and indeed praise in some circles following the swift indictment of six police officers, many are questioning whether she ever possessed any semblance of the evidence required to prove the charges she announced with such steely determination last year. 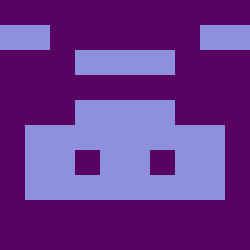