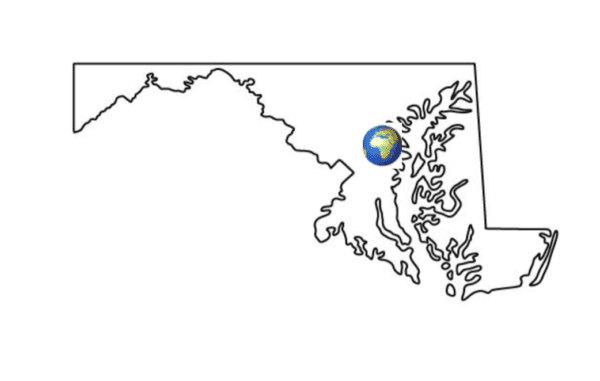 The list of federal environmental regulations reversed, rolled back, delayed or cancelled by Trump so far is so long that The New York Times keeps a running tally. From climate, coal and toxic chemicals to air pollution, sewage and wildlife protections, few areas have been left untouched by the Trump administration.

The good news is that your voice has more power and punch at the state-level.

“Citizens might be surprised to learn that we don’t receive a lot of constituent feedback about different bills,” said State Del. Brooke Lierman, who represents Baltimore City’s 46th District. “If I get five calls on any bill, that’s a lot. Ten calls is rare. Citizen emails, calls, or letters make a real difference in a legislator’s perception of constituent’s views on legislation.”

Below are Maryland’s major eco-bills up for consideration before the General Assembly this year.

(Note: Rumor has it that the state bill drafting group is backlogged since it’s an election year, and many bills haven’t been assigned. This article will be updated as bill titles are published online.)

1. 100% Clean Renewable Energy and Equity Act (to be introduced).

Sponsored by Del. Shane Robinson of Montgomery County’s 39th District, this bill creates a framework for a transition to 100 percent clean renewable electricity by 2035. Key provisions include defining renewable electricity as the kind that comes only from emission-free energy sources (i.e. solar, wind), and developing incentive programs for in-state generated solar and offshore wind.

Sponsored by Del. C. William Frick, of Montgomery County’s 16th District, and Sen. Brian J. Feldman, of Montgomery County’s 15th District, this climate bill raises the state’s target percentage of sourced renewable energy from 25 percent by 2020 to 50 percent by 2030. With an eye toward job development, this bill proposes: Investing in women, veteran and minority-owned businesses; phasing out trash-incineration energy from the Renewable Portfolio Standard; and increasing solar and wind energy financial incentives.

Maryland law today requires 25 percent of the state’s electricity to come from renewable sources by 2020, but Maryland interestingly defines “renewable” energy made from burning trash, biomass (wood) and nasty black liquor sludge from paper mills along with wind, solar and hydroelectricity.

If anyone questions the sense of urgency of controlling climate change-causing greenhouse gas emissions, check out the National Oceanic and Atmospheric  Administration’s chart below. Scientists predict that 450 part per million (ppm) of carbon dioxide in our atmosphere will be the “we’ve cooked the planet” point. Planet Earth will reach 450 ppm very soon.

One bill, co-sponsored by Lierman, targets food materials proven to harm the environment.

Foam food packaging is a cheap, petroleum-based plastic designed for consuming food and drink on the go. The to-go part explains why polystyrene is a majority of litter collected in streams and on streets; since foam clamshells and cups are mostly used when people are eating and drinking far from a trash can, a lot of it becomes litter. Since 2014, more than 700,000 foam containers have been removed from the Baltimore Harbor alone.

When foam litter breaks into those little pieces that seem to be everywhere, and eventually enter waterways, each piece soaks up 10 times the toxins than other plastics, and eventually becomes toxic fish and bird food.

Someone’s Thinking About the Trees

4. Improving the 1991 Forest Conservation Act. (To be introduced; no text available)

Despite 1991 state legislation enacted to conserve Maryland’s forests, too many trees are being cut down to pave the way for development. According to Benjamin Alexandro, a water policy advocate for the Maryland League of Conservation Voters, new data suggests that Maryland lost more than 100,000 acres of forests since 1991, and another 35,000 acres will be cleared — and not replaced — by 2025.

A 2011 forest task force analyzed the reasons for our tree loss. Their recommendations are the bedrock of this bill meant to bolster the forest conservation’s act: Identify and protect our state’s prime forest lands, increase tree replacement percentages and add teeth to the current law to ensure replacement trees become mature trees.

Are People Sick Because of Poultry Emissions?

Eastern Shore residents living near poultry-concentrated animal feeding operations (CAFOs) have been complaining about higher levels of sickness and respiratory illnesses because of nearby chicken farm buildings. This bill would require the Maryland Department of the Environment to conduct a first-time air quality monitoring of the emissions from the large exhaust systems found on CAFO buildings.

“For years, we’ve known the dangers that industrial poultry operations can have on surrounding communities,” said Meg Robbins, Maryland organizer for the nonprofit Food and Water Watch. “In Maryland, we have a chance to learn exactly what is going into the air around these operations. Marylanders deserve to know actual data on what chemicals are emitted from CAFO exhaust systems. This data will help citizens assess any potential health risks.”

Maryland Stepping in when the EPA Stepped Out

Introduced by Del. Dana M. Stein, of Baltimore County’s 11th District, this bill would ban use of chloropyrofis, a widely used pesticide known to harm children’s brains. Because studies suggested that this pesticide is more harmful to human health than originally known, the Obama administration banned its use in 2015. Last year, U.S. Environmental Protection Agency Administrator Scott Pruitt reversed the ban for further EPA study.

Another bill is forthcoming that would strengthen blood lead-level testing limits statewide and require mandatory intervention when levels exceed maximum allowed limits. We’ll provide an update as soon as the bill is introduced.