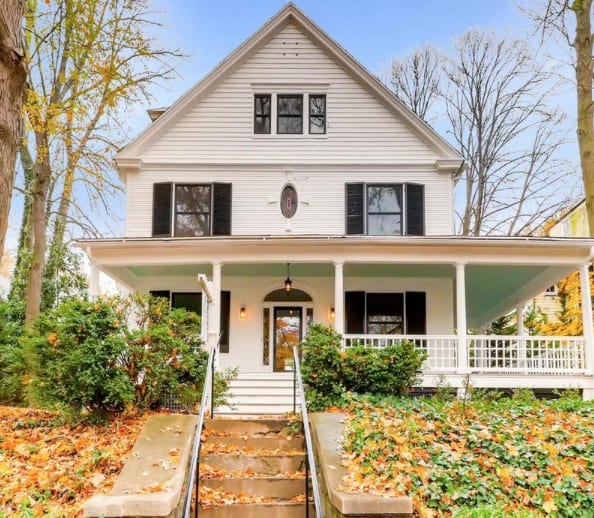 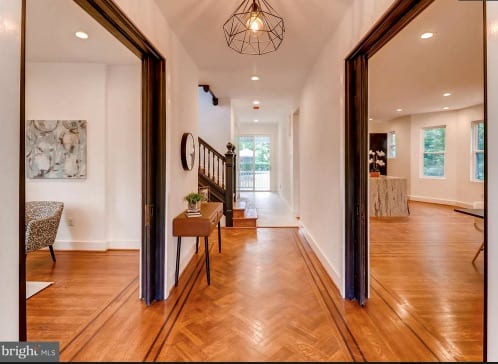 What: Roland Park is flipping out. In the past two years, two houses in a single block just south of Eddie’s have been flipped. It’s true they were looking a little shabby. Not quite Zombie House Flip shabby, but down-on-their-heels for sure.  Now, they’ve been smartened up, with impressive young, modern, chic hotel-ish interiors. Equally impressive are the numbers. This one, currently on the market, was purchased in 2016 for $375K. At $839,900, the asking price is well over twice that. And with competition getting stiff for Roland Park houses, they might get it, or at least close. A couple of doors down, another developer successfully flipped a similar model, eventually getting $755K (a bit under the ask) for a house purchased for $315K.

Inside 5105 Roland, all is light and serene. The house was taken down to the studs, insulated, and big, energy-efficient windows installed. The main floor has been opened up into a long kitchen/dining/family space. Across the hall is a smaller living room — all very flex-use. There’s a sleek mudroom at the back door. Bathrooms are big and modern, many featuring that popular item, the soaking tub. A few important architectural features were retained — the original inlaid oak floors, pocket doors, a (restored) stained glass window, and the newel posts and railings of the central staircase. These elements ground the house and reassure the buyer that they are still in Roland Park. 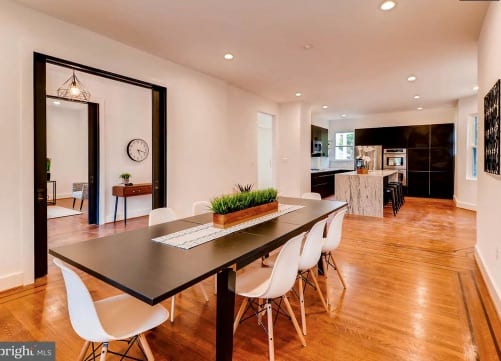 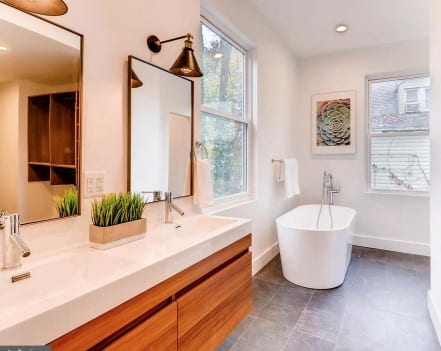 Where: The 5100 block of Roland Avenue is the block just south of the grocery store Eddie’s of Roland Park, this house is the third one in from the corner.  As the broker claims, it is “steps from Roland Park schools and amenities.”  The city-centered buyer who wants safety, schools and walkability will have it.  Two doors down, the brown painted house at 5101 is the first flip on the block.

Why: Cozy on the outside, cool on the inside.

Why Not: The 61 bus stops almost in front of the house. 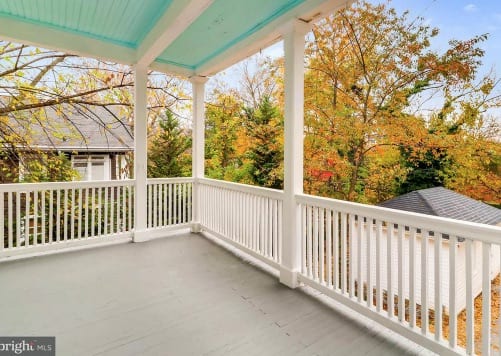