Hot House: Do you love Harry Potter? If so, this might be the house for you. When things get back to “normal,” it will be a perfect place for entertaining and for conjuring up a little magic. Overlooking Loch Raven and set back off of lower Jarrettsville Pike, the house is meant for someone who appreciates good architecture and wants to have a family house for the generations.

What: My friends laugh at me for having a specific house-type -– generally it’s an old stone pile — and it’s probably because that’s where I spent the first decade of my life. It was not quite as large as this one, and closer into the city, but I admit I do love an old stone house.

This house, known as Wynddon, was built between 1926 and 1930 (1928 to be exact), an age of excellence in home-building. Although the architect is not known, it’s similar to others in the area and of the same time frame. The house is wide, rather than deep, and is built of ashlar stone with a slate roof. The façade is complex, rather than symmetrical, and draws your eye to the various details, including the massive wooden front doors, the double row of ten windows, and assorted dormers. 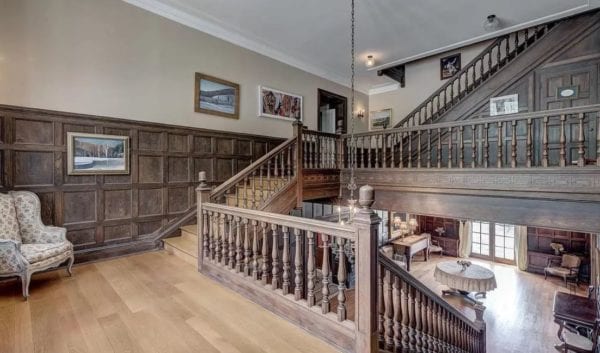 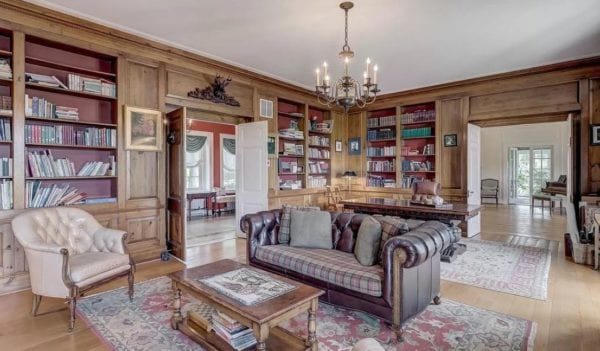 Inside, there are six fireplaces, which look to have their original surrounds; a stunning amount of wood cladding on the walls; and beautifully carved trim and millwork. The floors are wide-plank pine and inlaid hardwood, and there appears to be a tesserae marble floor with an inlaid border. The updated kitchen features commercial-style appliances. Fortunately, some of the original pantry and bathroom features have been retained, and they add to the charm of the house. 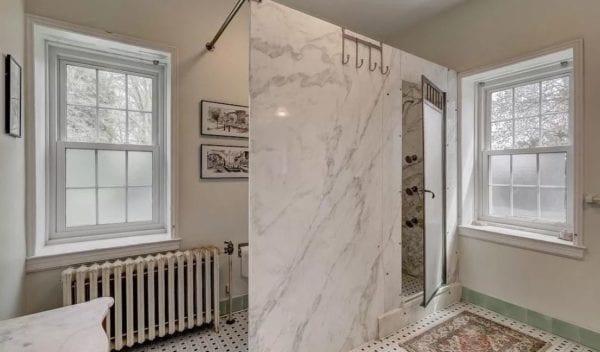 The Wynddon property is set on nearly seven acres, and because of its situation on Loch Raven, it’s doubtful that there will be any future development near the house. The property features two koi ponds and a swimming pool, as well as formal boxwood gardens, which were originally laid out on the floorplan of the Chartres Cathedral in France.  A sweeping lawn leads to a swath of woods which line Loch Raven. 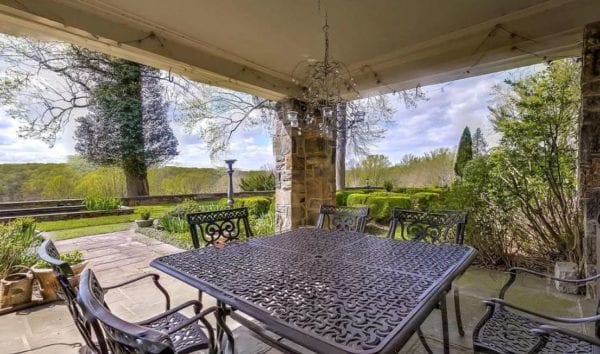 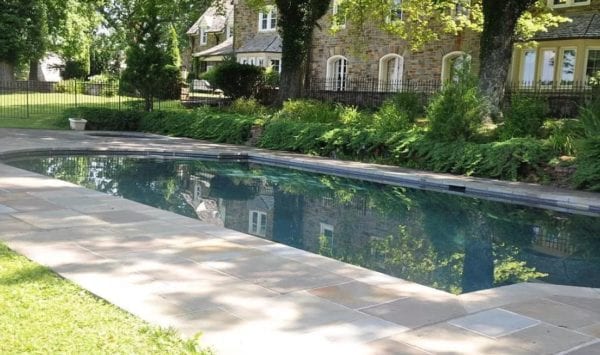 Where: Wynddon is less than a mile from the Dulaney Valley Road bridge across Loch Raven on the lower end of Jarrettsville Pike. It’s about 10 minutes into Towson, directly south on Dulaney Valley Road. Downtown, via the beltway and the Jones Falls Expressway, is probably 30 minutes, but of course, that’s based on traffic. 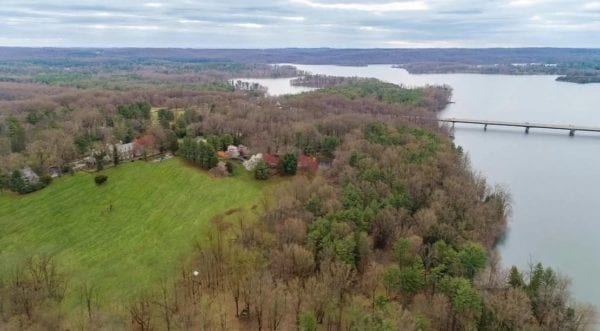 Final Appraisal: If you or your children have Harry Potter ambitions, you’ll love the magic this “Hogwarts” house evokes. The Tudor-Revival ashlar stone exterior and beautiful interior woodwork hark back to a time of fine craftsmanship and elegance in home-building.

The listing is here.