Michael Phelps’s history-making races were exciting to watch, but all his success is taking a toll on my self-esteem. It’s dangerous when you are having a mid-life crisis to compare yourself to others, to Michael Phelps, for instance, or to Olympians in general.

Rooting for our hometown boy while he raced was not easy. I was on vacation in a cabin with no working TV and no wi-fi. I had to set up camp at a nearby coffee shop where I streamed the races, drank iced tea, and tried to hide the fact that I get teary whenever I watch the Olympics.

I related to Michael’s fourth place finish in the 400-meter individual medley the first night he raced. He was close, but not quite close enough, which is often what I’ve felt like in my career. It was difficult to see him struggle, but I appreciated how human he became in that moment. It made me feel as though Michael and I are not all that different after all.

As for my own Olympic aspirations: Like Michael, I have always been a strong swimmer. When I was growing up, I could beat all the boys in unofficial races at the community pool where we swam. I could beat some of the grown-ups, too. Yet when my mother asked me if I wanted to join a swim team, I choked. I didn’t have any friends who would be on the swim team, and it would have been a 45-minute hike back and forth to practice. I was shy, awkward and homely as a kid, and I didn’t have the gumption to break out on my own, so I said no. No, as much as I loved swimming, I did not want to join a swim team. My mother didn’t push me. She respected my decision.

So that was the end of my Olympic career. Right there. I could’ve been a contender! But I wasn’t.

Sure, I set a few track records in high school for the 100 and 200 dashes, one of which still stands last time anyone checked. But no gold medals for me, no significant career highs, no Pulitzer or Nobel under my belt at this point, no best seller, yet. On the other hand, if self-doubt and indecision were Olympic sports, I’d be glittering in gold; my head would be crowned in olive leaves. I might medal in Dog Walking and Prolonged Daydreaming, too. I’m skilled that way.

It doesn’t help that deep down, I’m really a competitive person. For that reason, I’m interested in the mindset of an Olympian. I would like to emulate the intense focus they muster to race toward a gold medal and win. They possess a rigor and strength that is as much mental as it is physical. Winning is just one aspect of competing. The mental effort it takes to earn a silver or bronze, to finish fourth or come in last place is also significant in its dedication and willpower. The act of training and participating requires the same mental focus, the same internal decision. For instance, I’m awed by the determination of Saudi Arabia’s first female Judo athlete, Wojdan Ali Seraj Abdulrahim Shahrkhani. It doesn’t matter that she lost her Judo match. She achieved a major victory for women’s equality in the Gulf state, even as hardliners in her country criticized her for dishonoring herself in wanting to compete at all. I envy her strength of character. Or what about Oscar Pistorius from South Africa, the first double amputee to compete in the Olympics? I get choked up just thinking about it.

Me, I’ve sort of floated from thing to thing in my life, as most writers are wont to do. I’ve always wanted to be a prodigy, but I think I missed that window. Slow and steady wins the race, I tell myself, whether or not it’s true. Besides, there is no such thing as the Writing Olympics. Even Pulitzers and Nobels are decided subjectively, not by time or distance or number of words. Sure, I’ve worked hard at my craft and have several published stories and articles to show for it; plus I’ve written longer works, a collection of short stories, a novel draft that I’m finishing and a memoir I just completed. (This, despite my self-doubt.) I’ve also earned some awards for which I’m grateful. But mostly I’ve been the bridesmaid, as they say, a nominee or runner-up for national prizes and honors.

Through it all, I’ve learned a few things. For instance, the voice in my head that tells me I suck is a liar. But it takes too much energy to fight with it sometimes, so I agree. I tell that voice, “You might be right. I might be the worst writer on the face of the earth. I might embarrass myself greatly. But I’m going to write anyway just to see what happens next.” And so I plod forward. I’m a slow writer and, for me, writing a book is akin to running three or four back-to-back marathons — if marathons were year-long events. Just when you think you’re finished, you’ve got another year or two to go. Mental stamina is required.

So the Olympics are inspiring if only to observe a group of people on TV who have somehow figured out how to fuel themselves regularly with mental fortitude. Sometimes I get a vicarious boost in my attitude just from watching the games. Yet the voice of my mid-life crisis is never far away. I watch Michael Phelps win and the next thing I know, the naysayer kicks in. What about you, Jen? What have you accomplished that is of any note? And where exactly are you headed in your life now?

The voice of my mid-life crisis is exaggerating, of course, just like the fear voice that tells me I suck. (It’s a crowded place up there in my head.) But the nature of a mid-life crisis is to make you question everything about your life, to make you adjust your stride to ensure you’re headed where you want to be going.

While my mid-life crisis is scolding me for not having achieved enough by now (how much is enough?), my highly driven, middle-aged Type-A friends are taking stock of what they’ve been missing while they were busy winning, winning, winning. I suspect that Michael Phelps’s will experience something akin to a mid-life crisis now that his races are over. It will happen when he touches down in Baltimore, after all the fanfare, after the endorsements and interviews have died down. Sometime soon, that little nagging question — Now what? — will start circling his brain.

If Michael experiences any of this self-doubt, if he questions the direction of his future, if he, even for a split second, feels like he could’ve done more, then he and I are nearly the same, which means my mind is not that different from an Olympian’s after all.

Jen Grow is the Fiction Editor of Little Patuxent Review. She’s received two Individual Artist Awards from the Maryland State Arts Council. Her story collection, O.K., Goodbye, was shortlisted for the St. Lawrence Book Award and the Spokane Prize. Her work has earned nominations for Best New American Voices and a Pushcart Prize. 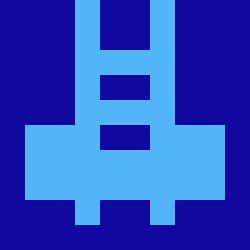