One of the wonderful, if little known, Christmas traditions in the countryside surrounding Baltimore is the Christmas Eve fox hunt. While the signature holiday fox hunting day of the year would be Thanksgiving, which comes stuffed with the pomp & circumstance of the blessing of the hounds and large crowds gathered in beautiful country churchyards, the Christmas Eve fixture has a charm all its own.
The crowd and the field are smaller and the feeling is far more intimate and relaxed. There is also a universal atmosphere of good cheer. Sometimes there is snow, and when there is, the quotient of holiday magic soars and the countryside assumes a quiet, wintery majesty. It is a great chance to get out of the house for a breath of fresh air laced with old world holiday tradition.

The traditional location for the meet is Atlanta Hall Farm, the home of the Voss family for the better part of the last century. One of the loveliest spots in the Monkton area known as My Lady’s Manor, it is consecrated by the sort of natural grace that knows no denomination.

The hunting day has always been my clear favorite, a release from the roaring retail rush of the holidays, a natural antidote for a shopkeeper who has been closeted by trade. Most remarkably, my great affection for the day is not even slightly diminished by the virtual certainty that I am going to come off at some point in the proceedings. It usually happens in full view of everyone and the entertainment value given to those watching feels like my gift to the day’s greater enjoyment. For an even closer look, please consult the  following excerpt taken from my hunting diary, dating to 2004.

Having viewed the fox as he emerged at a run from the back covert at Andor, I crested the hill across from Atlanta Hall Farm and angled across Dempsey’s toward the bottom. Through the trees I could just make out the Christmas Eve field, stretched out along Hutchins Mill Road behind Master Tom Voss as he drew to a halt just below me. Unfortunately my horse, all too appropriately named “Hot It Up,” saw them too.

Rejoicing in communal spirit, he grabbed a hold of the bit with a sudden burst of enthusiasm and we began a too-rapid descent down the steep incline to the “chicken coop” fence that sat barely two strides from the pavement. “Steady, now” I pleaded, hoping that he was not already beyond my ability to discourage his forward thinking. His only response was to pull even harder, so I quickly tried to summon some poise in the face of the more sensible, emerging panic.
We reached the fence at full tilt. My vision blurred and the road seemed to yawn beneath us. I attempted to sit back, to preserve some semblance of balance, while desperately seeking some salvation in an incongruously profane prayer. We leapt the coop together and then I was flying, all by myself. “Hottie” (his barn name) had neatly executed an amazingly sudden halt on the other side, at the very edge of disaster. He had launched me from the saddle and I was sent skimming across the asphalt in my red coat like a demented Santa, shot from a canon without the benefit of either reindeer nor sleigh. In a twinkling I found myself buried in dead leaves which had afforded a wonderfully soft landing in the ditch on the far side.
Looking up from my final resting point, I was barely twenty feet from Tom who, along with the entire assembled field just behind him, had had a grandstand view of my extraordinary dismount. He quietly considered me in the ditch, and then the bright, three foot trail of scarlet Melton cloth I had just left on the road. He then turned his head to look at my horse, who remained standing exactly where he had stopped so abruptly, now serenely calm. “Well,” he said, obviously relishing the chance to exercise his famously dry wit, “at least HE did it well.”

For those interested in viewing the spectacle this year, the field begins gathering at 10:30 a.m. for an 11 a.m. meet at 2933 Pocock Road in Monkton. Carded for the same hour is the Green Spring Valley Hounds meet at the clubhouse, 13920 Mantua Mill Road in Reisterstown.

Michael Finney has spent a lifetime around horses and has labored as a journeyman in many related fields, including racing, polo and several years as professional fox hunting staff. His ambition is to one day earn the title of “horseman.”  He is the owner of Yoicks!, a former Baltimore County shop that moved to Saratoga Springs, New York last year. 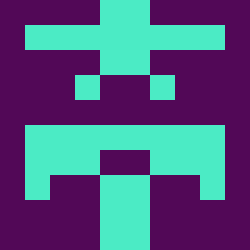