Courtesy of Citybizlist – With each opening day, Orioles fans hope that the team will defy all odds and come out of nowhere, like Jeremy Lin,to surprise and delight us. The Orioles may have the same chance of winning the World Series as we did of winning the last mega millions drawing. But we still keep buying tickets, albeit not so many as we used to.

For me, last year’s final game against the Red Sox at Camden Yards that denied Boston fans the opportunity to see their Sox in the playoffs was like winning the 7th game of the World Series. Call it my version of fantasy baseball – it’s about all this long-suffering O’s fan has to hang onto these days.

If an owner of a company produced a product that continued to rank last in customer satisfaction compared to its peers, that owner, and his company would be out of business. That’s not the case in professional sports of course, where the league and its teams have a monopoly on the product. Only in the wacky world of professional sports can the value of a franchise increase in inverse relation to the team’s losses and declining attendance.

Baltimore isn’t LA, where the Dodgers sold for more than $2 billion, but the value of the Orioles could be at least $1 billion. Even at that price, because a baseball team is a rare commodity, there’d be no shortage of buyers. Peter Angelos, if he decided to sell at that price, could get a healthy return on his investment.

While it’s unlikely that a new owner would want to move the team, especially with the ball park and big market, that’s always a risk, as Colts fans know too well.

But there is a way that Angelos could sell the franchise, realize a return on his investment and guarantee that the O’s remain in Baltimore. Forever.

An IPO of the Orioles. 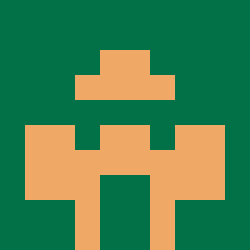