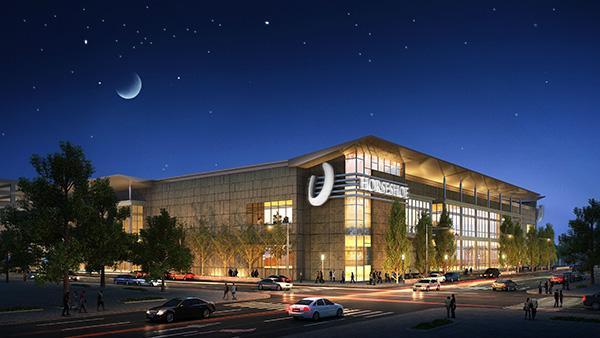 The year-long revenue bleed for the Baltimore area’s two casinos slowed in January, ending months of drastic declines in revenue brought on by competition from the glitzy new MGM casino outside Washington D.C.

Horseshoe Casino’s revenue fell by less than one percent last month. While a small decline may not seem very exciting, it was good news for a casino that watched its revenue drop by nearly 20 percent on average every month for the second half of 2017.

Maryland Live! in Arundel Mills also saw revenue drop by about 1 percent last month. The Anne Arundel County casino has also suffered from competition with Prince George’s County’s $1.4 billion “Vegas on the Potomac” since it opened in December 2016, but the decline in revenue last year wasn’t as severe as it was for Horseshoe here in Baltimore. Arundel Mills averaged a monthly drop of 14 percent from July through December 2017.

MGM National Harbor, meanwhile, has now been open for a full year, which means we can now see how the casino is faring in a given month compared to last year. State data show the casino brought in about 3 percent more money than in January 2017.

Maryland’s six casinos produced $127.8 million combined last month, a 1.7 percent uptick from the year before. MGM accounted for around 40 percent of that, which is line with previous months.

When casinos began operating in 2010, the big promise was that money from slots would flow to schools. Investigations have found that hasn’t been happening as the state said it would, thanks in part to legal changes in 2012 that let casinos keep more of their revenue to remain competitive before MGM’s arrival.

A ballot measure proposed in the 2018 General Assembly session would leave it to voters to change the Maryland Constitution to require the state to set aside more casino revenue for schools. The AP reports it could eventually bring in an extra $500 million in education funding within a few years, according to supporters, if voters decide to make the change during this November’s election cycle.