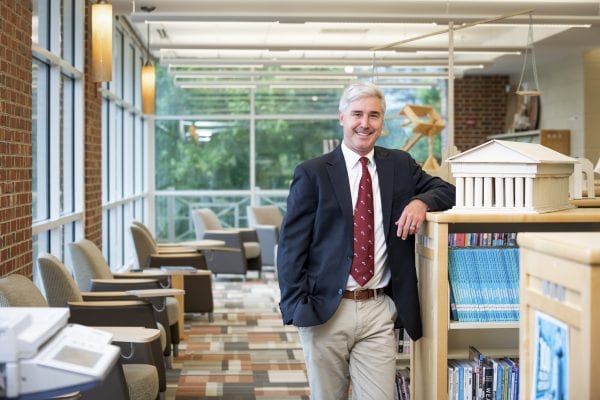 What drew you to education?
After college, I pursued my dream of being a writer and worked as a journalist at Inside Lacrosse magazine, eventually serving as managing editor. I had what I thought was my dream job, but something was missing. I was a volunteer lacrosse coach after graduating from college and realized that working with young people always gave me satisfaction. This realization led me back to Boys’ Latin. I stayed connected to my teachers, and, with their encouragement, I took an intern role 19 years ago, and the rest is history.

What do you like about your current school?
I am deeply tied to Boys’ Latin. My dad, my brother, and I are all alums. Every day, I have the privilege to work with, to learn from, and to mentor middle school boys. What I value most about Boys’ Latin is that the well-being of the individual student, family, and faculty always comes first.

What do you hope to achieve in your role?
My goal is for each student to have an experience at Boys’ Latin in which he feels valued, cared for and confident. To create an environment where boys challenge themselves academically and personally — safe in the knowledge that they are supported by their teachers and classmates.