Deals, coupons, vouchers–by whatever name you care to call them, websites that offer a variety of discounts for restaurants and retail are all the rage, capturing the zeitgeist of an age in which most everyone’s online and trying to save a few bucks. Groupon and LivingSocial have become the big names of the daily deal world with national ad campaigns and a presence in most major cities. Meanwhile, new startup deal companies are popping up everywhere, trying to distinguish themselves with local flavor or novel twists on the business model, and Baltimore is no exception.

It’s plain to see why it would be such an appealing business model for young entrepreneurs, given the relatively low overhead and the ability to create value by operating as a middleman between customers and merchants in a mutually beneficial relationship. But the business is not without its risks and pitfalls, and in the past year alone, a plethora of Baltimore deal sites have jumped into the increasingly crowded marketplace. One of them, Citycents, has already closed its doors within a month of officially launching in May. Another, Style magazine’s Savvy Deals, closed last month after just two weeks. Both demonstrate that the coupon business may not exactly be a license to print money and that the market is quickly reaching a saturation point. Now is the time to take a look at the new kids on the block.

For Sue Selckman, owner of the Baltimore chapter of Go Daily Deals that launched in May, the appeal of the deal site is that it creates its own word of mouth, benefiting both the site and any merchant affiliated with it. “I have owned other businesses, and when we saw this model we loved it, because we see how it can help a business advertise without having to spend a bunch of money and doing so without knowing whether an ad was going to work,” she says. “The biggest thing about web-based business or any business is getting people to know who you are. And this business model gets that information out to our subscribers, and typically before people purchase a deal they click a featured merchant’s website. So even if someone doesn’t buy a deal, it increases the web traffic for a business.”

Though it’s only been a few weeks, Selckman is already starting to see what parts of the city are the most receptive to Go Baltimore Deals. “Canton, Harbor East, Fells Point, Timonium, we see a lot of interest there both from subscribers and featured merchants. And I attribute that to a clientele that really likes to conveniently get in and out of the city and really live and work and play in that 83 corridor and downtown,” she says. “Typically, people want a great deal, and they wanna try something new, but unless it’s an extreme circumstance, they’re not driving crazy out of their way to go to dinner.”

So far, Selckman has found enough room for her company to thrive in Baltimore. “I think there’s enough to go around and I think it’s a win-win for everyone, I think it’s a win for a merchant to advertise in this way and it’s a big win for people to subscribe, because where are you gonna get a better deal?” But she also stresses that it’s important to carefully calibrate the terms of each voucher to benefit all parties involved. “We just make sure we sit down and craft a proper deal that’s appropriate for their business. I’ve had people tell me ‘I want to keep my deal open-ended and I want to sell a lot of vouchers.’ And I look at their business and I think ‘Hmm, I don’t know if they could handle that volume,’ and I try to customize especially for them so that everybody has a good experience.”

You might assume Chewpons founder Adam Marks drew inspiration from Groupon for the name of his deal site, but in fact he trademarked the name way back in 2005. But it wasn’t until 2010 that the success of other coupon sites bolstered his confidence to launch the slow-cooking idea in December. “We primarily target restaurants and anything involving food and drink, that’s the niche,” says Marks. “But we also have something called Side Dishes, which enables us to reach out beyond food and drink and offer other things.”

Beyond the gastronomical emphasis, there is another facet of Chewpons that distinguishes it from other deal sites: charity donations. “A portion of every deal sold goes to support a local charity, and it’s the choice of the merchant. So if a merchant has a family member with ALS or a child with autism, things like that, they can customize the deal to whatever they want,” Marks says. “We’ve donated over 10 thousand dollars to charity since we started.” Although Chewpons focuses on the Baltimore metro area, the company is based in Reisterstown and has worked to spread its business outside the city. “We’re definitely strong in the Northwest area, but we’re also doing very well in Howard County, we’re looking to grow more in Harford County and Anne Arundel County,” says Marks.

Marks says that the focus on restaurants allows Chewpons to distinguish itself from the “daily deal” features of other sites like Groupon that may only offer a finite number of any offer. And he’s found many restaurants receptive to using the site as a cheap way to hook potential regulars. “We can guarantee that we’re gonna bring traffic to their door and it’s not gonna cost them anything, there’s only an upside for them. What they do with them afterwards is up to them and their service, and hopefully people have a positive experience and they come back without a coupon. That’s more often the case than not.”

Deals For Deeds, like Chewpons, has made charitable donations a defining aspect of their business model. “Each week we partner with a different local charity and we come up with a cause or goal to fundraise for,” says Josh Hoffman, who co-founded the company with Harrison Miller. Charity selection is itself an interactive component that encourages participation from subscribers. “Our members have an opportunity to vote and select which organization they’d like to see on the site and therefore support with a portion of the sales.

Hoffman and Miller are D.C. residents who founded Deals For Deeds as a D.C. company in April 2010. And after early success there, Deals For Deeds recently launched a Baltimore site, with employees in town scouting merchants and charities. As much as deal websites have taken off here, however, Hoffman notes that they have a bit less of an uphill battle in Baltimore than in Washington, which is where LivingSocial first took off. “There’s actually significantly more [competition] in D.C., so, in terms of reaching out to businesses and not having them be approached by 15 other [deal sites], that’s been really helpful.”

Having operations in both cities has also highlighted some cultural differences for Hoffman that they’ve factored into their business strategy.

“What we’ve found in Baltimore is very much a friends and family atmosphere, so there’s very strong tight-knit communities. When we’re reaching out to businesses, it’s important that we show more individual care. It’s more important in Baltimore that you have that personal street-level relationship.” 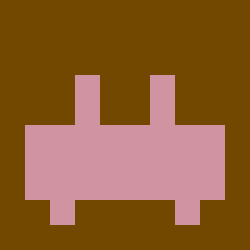