Courtesy of  LWON or lastwordonnothing.com – The latest snowstorm was only somewhere around 5 inches, depending where in the yard I stuck my ruler, and as usual the Capital Weather Gang had nailed it.  I’d written them asking if I could interview them for this post, but at the time they didn’t answer, so intent they were on predicting the upcoming storm down to the last flake, path, county, minute, percentage, and error bar.  This time they’d said 5 to 9 inches – the National Weather Service was going with 8 to 12 but eventually came down – unless the dry, cold air got here faster than the models showed, which it did.  The Weather Gang are open about their passion for snow, but they earnestly consider all scenarios and their pronouncements are such that one can have faith in them.  I take the Weather Gang as my personal savior.

Officially they’re the Capital Weather Gang blog of the Washington Post, and huzzah for the Post.   Before I discovered them, I had to use sites that issued storm reports titled “90 Million in the Path of Titan” alongside “Shoeless 4-Year Old Found Abandoned”; or sites that are more focused on weather but you gets lots of numbers and a pronouncement, don’t ask questions.  I’d usually ended up on the website of the National Weather Service which tried to answer my questions but talked like a robot:  “Though the 00z versions of the euro and Gfs aren’t showing the exact mid-level features/placement – the effect is the same. A piece of a cold upper vort breaks off from the Hudson Bay trough but does not quite phase w/ a deepening upper wave.”

If, like any inquiring mind, you want to know what’s likely to happen, and if you’d like to understand why, and if you need to decide what to do about it, then you’ll want the Capital Weather Gang.  I don’t know if they have analogs anywhere else; maybe so; I doubt it.  In this, as in so little else, the mid-Atlantic is lucky.

The Capital Weather Gang is pretty much just one guy but he’s surrounded by a paid post-writing team with day jobs elsewhere.  They include 11 meteorologists with education from BAs to PhD’s, mostly masters’ degrees, including expertise in severe, tropical, and winter weather; 6 writers who look generally like science writers; and intern, a photographer, and an IT guy.  They base predictions of big storms on consensus-by-email.  They love weather: the lead guy got interested at age 10, ”the year of the ‘double whammy’ snow storms that shut schools down seven straight days”; one of the young guys “strived to learn all of the cloud types, and eventually earned the Boy Scouts weather merit badge;” a retired guy had been in the intelligence community but wrote weather columns for local papers and now gives weather talks on cruise lines.  The one Capital Weather Gang woman was afraid of storms until the day “a green funnel cloud screamed over her head,” and for some reason her reaction was delight and awe.

They do their own forecasts.  They start with the National Weather Service’s raw data. They read the various computer models, know which models tend to be wet, which are best long-range, which have the finest resolutions. They watch radar, infrared, and optical images.  They do the classical physics: temperature, pressure, velocity, convection, trajectory.  They tell you EVERYTHING.  They are the Nate Silver of weather.

They rate the storms from Conversational to Extreme Event.  They lay out the scenarios possible and which is their best bet and where their bet might be wrong and the probabilities that it will be.  They know that weather is not a perfect science, that weather models aren’t perfect, that the system honest-to-God operates on chaos, but that the readers have to make decisions anyway.  So they provide travelcasts, schoolcasts, and given their home, the Fedcast, telling federal employees whether to take laptops home tonight. They rate the faith you can put in their forecasts, from Crapshoot to Bet On It.  During the storm they do updates every half hour or so; their work hours are unreasonable.  At 2 a.m., the night of the latest storm, they wrote on Facebook:  “Sleet/snow still progressing S through the area as temps fall. Pretty much on target so far. Quick nap, but we’ll be back in a few hours.”  They are purposely interactive: their commenters, who also read the computer models, are like the Weather Gang’s’ family in there.

And when it’s all over, if they were wrong or less certain or more changeable than they like to be, they do a Lessons Learned post.  After June, 2012, when most of us were sitting in our darkened, filthy-hot houses wondering where those 80 mile an hour winds had come from and first hearing the word, “derecho,” they not only explained everything – including a measure of the energy implicit in the atmosphere’s convection called CAPE, which at 1,500 means storms, above 2,500 means extreme storms, and which that June 29 hit 5,000 – they wrote a post called “Could forecasters have better predicted the June 29 derecho?”  Those two posts are a master class in derechos.  A few  months later, predicting yet another summer storm, they wrote a post called “Stop focusing on whether it’s a derecho or not.”

The Capital Weather Gang is also a master class in communicating science.  They’re clear without being condescending; they answer all your questions without your even asking. They’re undramatic and gentle but plain-spoken about bad news.  They tell you what they know and what they don’t.  They remind their readers not to expect certainty.  They show you the relevance of the science; they show you its beauty.  They make you see their love.

And if you don’t have a local Capital Weather Gang?  I don’t know, you’ll just have to make one.  I wouldn’t see how to live without it. 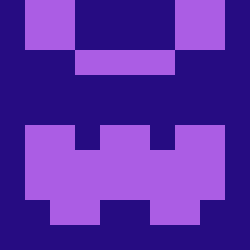