M.I.B. — Made in Baltimore — is an occasional series by our friend Evan, author of the blog, The City That Breeds.

Goetze’s should also be filed under our not-terribly-regular feature Holy S*** That’s Awesome! Because holy s***, I love me some caramel creams. Goetze’s (it’s pronounced “gets” and is not to be confused with “goatse,” you perv) got its start in 1895 when August Goetze was working as a printer for the wrappers at the Baltimore Chewing Gum Factory. August had a son named William Goetze. Figuring a pony was a cliche’d gift even in the late 1800s, August bought the Baltimore Chewing Gum Factory for his son. By 1917, William’s son R. Melvin Goetze Sr. joined the company and started manufacturing something that shaped this SpaceMan’s childhood.

At the time, they were called Chuees, but later they realized that was a dumber name than the unpronounceable “Goetze”, and re-named them Caramel Chews. Caramel Chews gave birth to my favorite thing on the face of the planet. Cow Tails. I’m sure you’ve seen them in the big plastic mug at Royal Farms. If you’ve never picked one up, do yourself a favor. GET ONE. Go, now. I’ll wait. Ugh, that jingle. THAT. JINGLE.

Anyway, Mary Sue is easily best known for Easter products, these massive, enormous chocolate eggs filled with your goo of choice shoved in my facemouth every year by my grandmother. So horribly delicious were they that they’d put me in a coconut coma or peanut butter paralysis until Easter dinner was over with and my family could get drunk on red wine in peace. They’ve been around since 1948 and have built quite the reputation as being a source for “real” Easter Egg treats as opposed to Cadbury, and since they’ve begun shipping across the U.S. now everyone transplanted Baltimore, Marylander can have a huge hunk of Mary Sue pretty much whenever they want. YAY COMMERCE! They also make such products of interest as Pretzel Bark, Salt Water Taffy and a few other confections, but to be perfectly honest I’ve never really seen them on the shelves anywhere. Or maybe I just never noticed. Bottom line here is, come Easter when you’re getting ready to put together that basket for the kiddies, allow yourself the pleasure of getting drunk on red wine in peace after dinner and grab some Mary Sue, put those tykes in a sugar coma – you’ll be glad you did.

Reade more at The City That Breeds 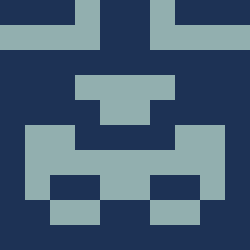 Latest posts by Evan (see all)