Baltimore’s thriving cultural landscape is about to get a new landmark. Motor House on North Avenue, formerly Load of Fun Studios, and a car dealership before that, prepares to open its doors next month as the city’s newest arts space and cultural hub.

What was previously little more than an indoor garage with a roughshod stage has been transformed into a performance space, art gallery and inviting bar. Motor House broadcasts its new identity with an attention-grabbing neon sign over the main entrance, just down the street from the Parkway Theater and other arts-minded venues like The Windup Space in Station North’s growing entertainment district.

Adding to Motor House’s promising prospects is the recent hire of Andre Mazelin as managing director. Formerly the operations director of the Creative Alliance, Mazelin brings two decades of experience overseeing performing arts spaces, as well as an affinity for Baltimore’s arts scene, which he speaks about with both reverence and deep understanding. It’s easy to see why it was an important factor in his decision to make a home here.

Ever since he moved to the United States at the age of eight from Kingston, Jamaica, Mazelin has lived in cultural cities. From Miami to New York to Los Angeles, Mazelin has worked in them all, but when it was time to settle on a home he chose Baltimore because when it comes to the arts, he likes it the best.

“I like the fact that it is so unpretentious. Art is very accessible here. There is a common theme of ‘we’re doing this shit on our own’ in this city, which I like because that’s how I was.”

Mazelin describes himself as always having a hankering for the arts, particularly music, which he developed while growing up in Jamaica. There, he attended school with Bob Marley’s son, Ziggy, at Vaz Prep. “Bob in Jamaica wasn’t the same as the Bob the everyone else knows,” says Mazelin. “He would come pick up Ziggy from school, and it wasn’t really a big deal to see him, but he was one of my idols, for sure.”

When Andre was eight, his family immigrated to the US and settled in Miami, where he would spend the rest of his youth. It was there that he began to explore his love of music and started a hip hop group with a few friends called A Humble Trinity. He quickly learned that making music wasn’t his calling. “I wasn’t great at it. The other guy –  I was his sidekick, really. I didn’t like being on stage, so I found my talents behind the scenes. I felt more comfortable there.”

Mazelin then enrolled in the Art Institute of Ft. Lauderdale, where he earned his associate’s degree in music and video business. He would spend the next several years moving between cities until 2006 when he decided to move back to the East Coast from Los Angeles. While considering where to go — “I’d already done New York,” he says — he remembered a road trip that brought him to Baltimore during Artscape in 1994. He was particularly taken by the city’s charm and its commitment to its arts scene. “I thought it was really special,” Mazelin says. He also found it was a familiar hodgepodge of places he’d lived before, with the architecture of Mt. Vernon reminiscent of New York, and its proximity to water a reminder of Miami. Six months later he moved here.

Due to the impulsive spirit of the move, Andre didn’t have much waiting for him. “I moved here with no job and no prospects,” he says, but two months later while reading an issue of City Paper, he saw an ad for a house manager at Creative Alliance, and was soon managing the events staff and organizing the rentals of the performance space.

“I got a really good lesson in the arts scene, and built relationships with a lot of artists,” Andre says of Creative Alliance.

Over the next decade, Mazelin would work with Creative Alliance co-founders Megan Hamilton and Margaret Footner, creating events such as the Bob Marley Birthday Soul Shakedown Party. “I learned a lot [there] that I’m going to apply to this job.”

Andre is also the owner of The Room, a coffee shop in the space previously occupied by Red Emma’s on St. Paul Street in Mt. Vernon. Mazelin says that he decided to open the shop as a way to give artists and patrons a casual place to interact. “I’m not a coffee guy. That wasn’t my passion. My passion was that this was a cool space and I wanted to do some cool music here,” he says. Andre named the shop after a club in Los Angeles where he used to hang out, which he describes as a place where you could “make it what you want.” Despite his new position, he plans to remain very hands-on with the operation of The Room and can be found there at some point most days.

As Motor House nears its opening party on October 6th, Andre is excited about the opportunities it presents for Baltimore artists. The upper floors have been renovated to accommodate affordable artist work spaces, which the city is in dire need of since the shutdown of the Bell Foundry in late 2016. Through a partnership with MICA, he will have the chance to work with young artists and to create an inclusive space where artists from all over the city, regardless of economic standing, can come together to work, which is sometimes a challenge in such a divided city. His experience working with smaller, DIY artists who need spaces to perform or display art will have a significant impact on how he chooses to program. “I remember the opportunities I was given at Creative Alliance, and I keep those in mind when someone brings me an idea.”

With Andre working behind the curtain, Motor House appears primed to establish itself as one of Baltimore’s premier cultural institutions. 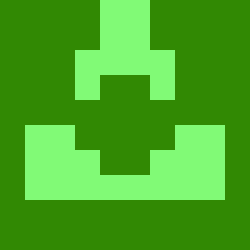