What do a Baltimore-area artisan pizza and burger restaurant, southern bistro and a taqueria have in common?

Carter Mason, Paige Mason Littleton and Pike Howard are sibling restauranteurs, making their mark on the Baltimore-area’s food scene, dishing up everything from coal-fired pizza and chicken wings to a twist on the classic Reuben made with turkey or fried chicken on marble rye, to a Philly quesadilla, a nod to the Philly cheesesteak.

The three have something else in common: they are the children of Raymond A. “Chip” Mason, the financial giant behind the powerhouse Baltimore-based investment firm Legg Mason. Instead of pursuing that family business, the three restaurant owners have taken a different career path choosing a cheeseboard over the boardroom.

Charting their own course

When Carter Mason and investors Mark Hofmann, Greg Gunning and John Toomey, opened Earth, Wood & Fire nearly a decade ago off Falls Road in the Bare Hills Corporate Center in Mount Washington, the goal was to create a casual neighborhood haunt that would serve up good burgers, pizza and wings.

Since opening, Mason said it has become the community’s go-to spot, where it is as welcoming to families with children as it is to the after-work crowd who want to grab a beer while catching a game on one of the restaurant’s four televisions.

Cherry tomato-colored walls, carpeted and stained concrete floors and high, dark ceilings with exposed pipes lets patrons know they are in a cool but not a fussy place. The restaurant seats 140 indoor with a combination of booths and tables, and another 30 outdoor.

“We are right here in the middle of Roland Park, Pikesville and Ruxton. We get professionals, foodies and anybody who wants our coal-fire and wood-grilled cuisine,” Mason said. “Everything we make here is from scratch with the exception of fries and the corn we use for chowder, and people like that.”

In addition to the locals, the restaurant also attracts its share of local celebrities and sports figures like Cal Ripken Jr., U.S. Paralympic swimming champion Jessica Long and Baltimore Ravens’ head coach John Harbaugh. “John Harbaugh even mentioned us during one of his press conferences,” Mason said. “Once when he was here, the whole restaurant stood up, giving him a standing ovation.”

While the name of the restaurant evokes an iconic rhythm and blues band, the allusion actually backfired.

Shortly after the restaurant opened, Earth, Wind & Fire was performing nearby.

“A friend thought it would be cool to send an Earth, Wood & Fire pizza to Earth, Wind & Fire when they were performing here,” Mason said. But the good deed was punished: “they sued us.”

Mason chuckles at the dust-up, which ended harmlessly. The eatery kept its name, and Mason said he and his partners agreed to not open restaurants outside of nine states closest to Maryland. (Mason quips that he is not sure which states that would be.)

So far, the restaurant has confined its ownership to the Bare Hills location and another restaurant it opened in 2017 at the intersection of Route 152 and U.S. 1 in Fallston.

On a rainy Monday, Earth, Wood & Fire is closed. Mason and Hofmann, who is involved in day-to-day operations, made the decision to close the restaurant Mondays and Tuesdays, a Covid-driven choice that acknowledges staffing shortages. Still, car and after car drives up and passengers, some on canes, peer through the windows. Mason has to turn them away. “I hate this, but we don’t want to burn out our staff who would have to work 60 to 70 hours a week if we stayed open,” Mason said.

Before Covid, Mason said the restaurant generated about $2.3 million annually. Mason now estimates earnings to be about $1.7 million.

While Mason takes care of the administrative side of the house, Earth, Wood & Fire partner Mark Hofmann is responsible for the menu. He also runs the day-to-day operation of the restaurant from ordering food to managing the cooking and wait staffs, many of whom have been at the restaurant since the doors opened.

Consistency is the name of the game, Hofmann said, and customers know what the quality of the food they are going to get, although the restaurant has seen many menu changes over the years to adjust to changing trends and palates.

“I am proud of what we built here,” Mason said. Hofmann added: “You don’t have to be the Picasso of the food world, you just have to be consistent.”

Directly below Earth, Wood & Fire, on the first floor of the building is Garden & Grounds Bistro. Although only 16 steps separate it from its rustic sibling restaurant, the two restaurants could be miles a part in vibe and cuisine.

Garden & Grounds Bistro is owned by Paige Mason Littleton, the eldest of the Mason/Howard siblings. A former financial firm marketing executive, Littleton said she had no previous restaurant experience, but had a vision for the restaurant based on what she liked and believed would also resonate with the surrounding affluent community, who would likely patronize the restaurant. “Ladies who lunch” make up her target demographic, Littleton joked. The restaurant opened in January, but shut down soon after because of Covid, reopening in March.

Littleton, who hand-picked the mostly cream-colored décor, said she wanted to create a place where customers can forget where they are. “I wanted the décor to be a backdrop. I wanted people to come in and just relax,” Littleton said.

Littleton said she spent hours thinking about every part of the restaurant’s look and feel – from the colors to how the chairs should look and feel to customers whom she hoped would linger. She settled on calm, neutral light woods for seating with a gutsy choice of ivory cushion fabric that lends to the restaurant’s light and airy ambiance.

“I worked really hard on the décor. I didn’t hire a designer. I planned out every inch myself. I picked every tile,” Littleton said. “I wanted a space where people could come in and forget about their day and their problems and just have fun, and I wanted it to be sophisticated.” Littleton said she was even thoughtful about the selection of music being played. She settled on music by jazz singer Diana Krall, which subtly plays in the background. “My employees may hate it,” she joked of her music choice.

The bistro’s menu is a twist on Southern cuisine, which Littleton calls “charm-to-table.” Acai bowls share the menu with fried chicken and waffles with sausage gravy and maple syrup. Crab cakes are served on brioche rolls and the classic Reuben at the bistro is called the fried chicken or turkey Rachel with gruyere cheese, slaw and Russian dressing on marble rye.

Littleton said her inspiration for the restaurant’s menu was taken from Heirloom Restaurant in Lewes, Delaware, and Egg Restaurant in Rehoboth, which have inventive breakfasts and lunch with healthy portion sizes.

Since its opening, Littleton said the restaurant has gained a solid following; the restaurant’s acai bowls are among the most popular items on the menu.

Debbie Abrams, who lives nearby the restaurant, said she comes for breakfast every other week. “I love this place. It’s bright and airy and the food is delicious.”

When Littleton opened Garden & Grounds Bistro, she said she was a little worried at first because the restaurant was replacing popular Atwater’s Restaurant that had built a strong clientele and reputation in the community. She said she is now settling in and feels comfortable about its future in the location.

“I knew people would be devastated when Atwater’s closed, but all day long I get people who say thank you so much for opening this restaurant here. When I hear that, I know we will be ok.”

Five miles from Earth, Wood & Fire and Garden & Grounds Bistro is Felipe’s Mexican Taqueria Restaurant. The 3,500 square foot order-at-the-counter restaurant with its bright yellow walls and festive décor is located on the lower level of Kenilworth Mall in Towson. The restaurant serves up Mexican staples like tacos, burritos, salads and modern takes on the cuisine with bacon-crusted shrimp, Philly cheesesteak quesadilla and avocado fries.

Felipe’s in Towson is the seventh Felipe’s for Pike Howard, the stepbrother of Carter Mason and Paige Littleton. The restaurant got its start in 2006 in New Orleans with Howard joining the business in 2012 after he married his wife, Celie Carriere Stumm, and moved to Louisiana to be with her; her father, Rob Stumm, a New Orleans businessman had a major stake in the restaurant. Felipe’s has since grown to seven family restaurants. In addition to New Orleans, other Felipe’s are located in Naples, Fort Myers Beach, Florida, and Boston. The Towson restaurant opened in 2020.

Of all the restaurants, Howard said Towson is the most personal to him because it’s home. A native of Baltimore, he was raised in Ruxton.

“This area holds a special place for me and makes me happy because this area is a huge part of my growing up,” Howard said, joking that his cell phone number is still area code 410, even though he’s been gone from Baltimore nearly a decade.

Since considering Maryland for Felipe’s Mid-Atlantic location, Howard said he worked with local investors and developers to carefully carve out details. Then came Covid.

Like Howard had at his other restaurants, he incentivized employees with a $750 bonus to get vaccinated, as a way to keep them healthy and to make customers feel safe. Bonuses are expected to total $60,000 for staffs at all of its restaurants.

To date, approximately 97 percent of Felipe’s Towson restaurant’s employees have been vaccinated. Despite that, the restaurant is struggling because it opened during a pandemic and restaurant-goers are slow to return to restaurants in general. What makes Felipe’s situation more complicated, Howard said, is that it is a new restaurant that hasn’t had time to cultivate a local following, and he doesn’t know when that might change.

“We can’t get good data since we’ve only operated during Covid, and we are at a mall, and malls and interior spaces were at the epicenter of where not to go,” Howard said. Still, he said he is hopeful but cautious about the restaurant’s future.

“I’m cautiously optimistic, but this is not how I thought things would go,” Howard said. “We are playing the long game. We know that it takes three years before restaurants are up and running, and in this case, the period may be stretched out, but we are here.

And the siblings are there for each other, encouraging each other’s success.

The three recalled, with fondness, their Sunday dinners in which the patriarch Chip Mason would create his own inventive recipes. Those culinary risks, they said, are what prepared them to own and operate a pizza kitchen, bistro and Mexican restaurant.

“I guess those Sunday dinners meant more than any of us thought,” Howard said. 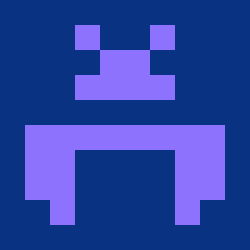