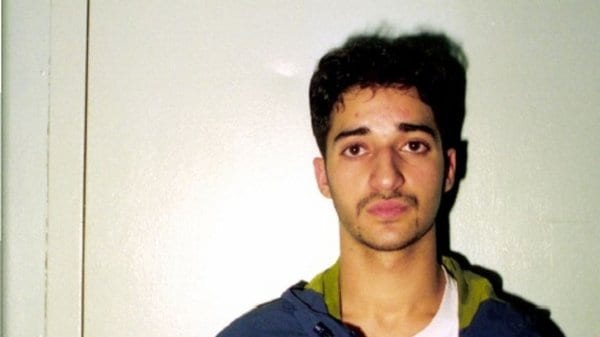 A panel of judges on Maryland’s highest court has reinstated Adnan Syed’s 2000 conviction for the murder of his then-girlfriend, Hae Min Lee, refusing to grant him a retrial.

The court, whose judges voted 4-3, handed down its ruling in a 92-page opinion Friday afternoon. While the majority agreed with earlier rulings by the Maryland Court of Special Appeals in 2018, and a Baltimore City Circuit Court judge in 2016, that Syed’s lawyer from nearly two decades ago had provided him “deficient” counsel in failing to interview a key alibi witness, Asia McClain, they disagreed that her testimony would have changed the outcome of the case.

McClain had sent Syed a pair of letters after he was arrested saying she had seen him in Woodlawn Public Library at the time police said Lee had been murdered. Syed had urged his attorney at the time, Cristina Gutierrez, to speak with McClain to prove his innocence. Gutierrez told him she had “looked into it and nothing came of it,” and declined to obtain her testimony.

But in a majority opinion authored by Judge Clayton Greene, Jr., judges “held that given the totality of the evidence against [Syed], there was not a significant or substantial possibility that the jury would have reached a different verdict had his trial counsel presented the alibi witness.”

In addition to citing the bit about McClain’s missing testimony, Baltimore City Circuit Court Judge Martin Welch had also ruled in 2016 that Syed should be granted a new trial because his then-attorney, Cristina Gutierrez, had neglected to cross-examine a state’s witness with expertise on cell phone towers. In 2000, prosecutors had used cell phone records as evidence to place Syed at the scene of Lee’s murder, helping secure his conviction.

“The State offered no direct evidence establishing that Mr. Syed ’caused the death’ of Ms. Lee, and its case was largely dependent on witness testimony, which the State readily admitted was conflicting and problematic,” they wrote (see, starting on p. 83 of the document). “On the other hand, Ms. McClain’s alibi testimony would have been direct evidence, from a disinterested witness, that Mr. Syed was not in the same location as Ms. Lee at the time of her death.”

Syed’s attorney unsurprisingly agreed with the minority of judges on the panel.

“We are devastated by the Court of Appeals’ decision but we will not give up on Adnan Syed,” he said in a statement this afternoon. “Unfortunately we live in a binary criminal justice system in which you either win or you lose. Today we lost by a 4-3 vote.”

Lee and Syed had dated while both attended Woodlawn High School, but broke up weeks before she went missing. Her body was discovered in a shallow grave in Leakin Park in early 1999, where homicide detectives determined she had been strangled to death. A jury convicted Syed of first-degree murder, kidnapping, false imprisonment and robbery in February 2000.

The case sat idle for years, but became newsworthy again in 2014, when journalist and former “This American Life” producer Sarah Koenig’s “Serial” podcast went viral. It aired the murky and unexplained details of the case, and was compelling enough for tens of millions to download the podcast within its first year.

Brown said at a press conference last year that “Serial” also “kind of shook the trees” by drawing attention to his team’s appeal for Syed, which in turn helped them to track down McClain. She later came to Baltimore to help appeal his conviction and convince Welch to give him a new trial.